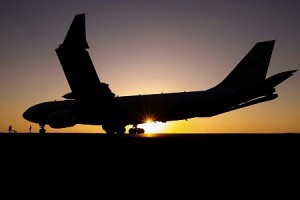 The Airbus tanker is the only advanced tanker in operations and has been so for several years.

Airbus Defence and Space has sold tankers to a number of countries and has done so in what one might call national or serial sales.

Getting the tanker sold, and out in the operational space is shaping a baseline reality.

But with significant operational experience under their belt and with the focal point of Middle East operations, cross-cutting experiences are shaping the way ahead among the nations.

A baseline has been created from which what one might call Tanker 2.0 is emerging.

Tanker 2.0 can be understood in a couple of ways.

The first way is the coalescing of experience to shape a global fleet perspective whereby common experiences and con-ops shape the way ahead for the development of the tanker as well as providing an opportunity for global support.

The 330 Tanker program is not there yet, but with the experience of the nations under their belts and with the forcing function of operating in common in the Middle East, a baseline has been created which clearly can allow for this evolution.

In this phase of Tanker 2.0 the user groups can evolve in their importance.

There will soon be a user group meeting in Madrid. The evolution of the role of the user group was described by one Airbus Defence and Space official as moving in the early days from a brief BY the company to the users to the emergence of genuine interaction AMONG the users to dialogue with the company about the way ahead for tanker modernization and ways to shape a global fleet approach.

The second way would focus on how and paths to upgrade the tanker as a combat asset in the extended battlespace.

Because the plane carries the fuel for tanking in the wings, the internal space of the tanker, which currently is used for passengers or cargo, can be modified in various ways to be much wider combat support asset in the extended battlespace.

There is clearly thinking under way, notably in Australia, about how to take the tanker to this next step from being an MRTT in terms of combining lift and tanking functions to becoming a much wider combat support asset in terms of ISR, and C2 functions.

After my recent visit to the Albacete Air Base in Spain, I visited the Airbus Defence and Space facility in Madrid, namely the Getafe facility. I had a chance to discuss the baseline and the way ahead with the head of the tanker program, namely, Antonio Caramazana.

I first met Antonio Caramazana at an Airbus Defence and Space (then Airbus Military) Trade Media brief for the media in 2010. That briefing which he gave only six years ago shows how far the tanker has come in only six years.

We started by getting an update on the status of the tanker and discussing the baseline.

We then went on to discuss the evolution of the aircraft from a platform to a fleet, with the inherent opportunities to shape a global fleet solution.

Question: Certa 2016, what is the current status of sales and operational experience of your tanker?

Antonio Caramazana: We have delivered 28 tankers to date.

These aircraft already integrated into operations.

The fleet is operating and is demonstrating its value added.

And all are operating in the Middle East, which has provided a significant opportunity for the users to gain joint knowledge about the tanker and its capabilities.

They are even doing combined operations in a number of cases.

Question: You have sold the aircraft to several customers, but rather than just serial sales, you are seeing cross learning?

Antonio Caramazana: That is true.

For example, in the case of the clearance of receivers of fuel from the aircraft, the traditional approach would see a case by case national approach.

In effect, we are already seeing a global fleet which broaden the impact of the tanker.

For example, U.S. aircraft are being tanked by the various national tanker due to certification being done by specific nations which then allow the U.S. to tank into other national tankers.

Question: The next phase, which I will call Tanker 2.0, is to shape deliberately a global fleet. What are some of the key building blocks in your view to going down this path?

Antonio Caramazana: We are developing a A330 MRTT advanced which is designed to deliver a common aircraft, with common upgrade paths and solutions.

This will allow nations to get better value for money for their modernization investments.

Common configurations will be better for operations, and upgrades.

It will as well enhance common solutions to training, to parts supplies and to maintenance.

This is a way ahead for what you are calling Tanker 2.0.

This provides for culture change for both the militaries and industry to shape such a global solution.

The more users that buy into a common solution, costs can be contained with regard to upgrades, training and maintenance.

It will also allow tankers from one nation to fly to an area of interest and potentially leverage the support structure of a nation operating the tanker in that region of interest.

And the life cycle costs for such a global fleet will be lowered as well.

Our user groups are discussing paths to upgrades, more effective maintenance approaches, and other ways ahead to shape global solutions.

This is the advantage of already having several years of operations behind us as well as an aircraft with significant room for expansion of onboard systems as well.

Question: But Tanker 2.0 provides for another way ahead, namely to expand the contribution of the tanker to other combat assets in the battlespace.

How would you describe this way ahead?

Antonio Caramazana: From the inception of the A330MRTT, we have put into the market a very flexible asset with multiple capabilities.

You can combine passenger lift, cargo lift and tanking within the same platform, and countries like Australia or operating their C-17s with their tankers in very flexible ways in terms of cargo and passenger lift operating over both platforms while the tanking function allows both to go to the area of interest.

At the same time, with the evolution of militaries look to shape enhanced connectivity in the battlespace, a key way ahead is to rethink how the tanker can support other combat sets in terms of ISR and C2 functions.

This is work in progress, but given the flexibility of the tanker in terms of internal space, there are many possibilities for users.

This is about having a smart tanker able to link assets in the battlespace, air, ground or sea.

It can provide an ISR and C2 node function for the joint force in the battlespace. It is an information age aircraft as well as playing more classical role of a tanker.

This article was first published on December 6, 2016.