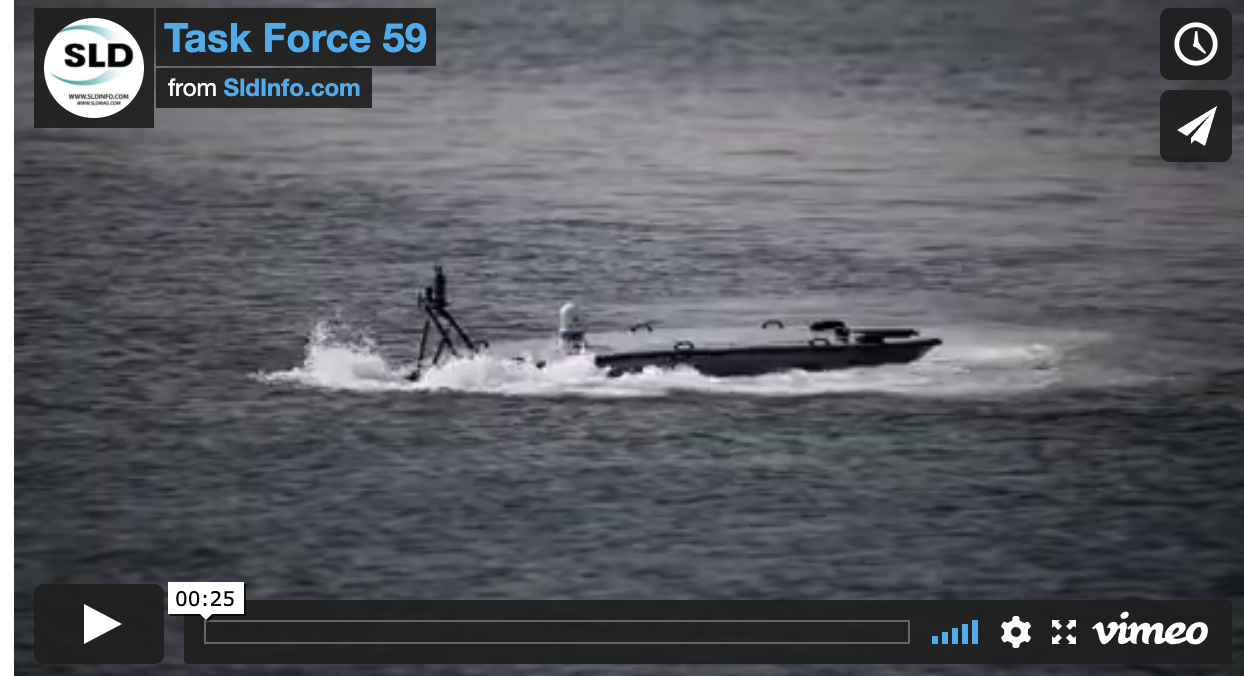 In early September 2021, the U.S. Navy set up a new task force to deliver usable unmanned systems for enhanced maritime capabilities in the 5th Fleet Area of Operations.

In a story written by MC1 Roland Franklin and published on September 9, 2021 by the U.S. Navy:

Task Force 59 is the first U.S. Navy task force of its kind.

“The bottom line on why we’re doing this is so that we can develop and integrate unmanned systems and AI as a means to do two things,” said Vice Adm. Brad Cooper, commander of NAVCENT, U.S. 5th Fleet and Combined Maritime Forces. “One, enhance our maritime domain awareness, and two, increase deterrence.”

“The launch of Task Force 59 really invigorates our partnerships around this region as we expand our common operating picture.”

“It’s an honor to be named commander of this historic and innovative task force,” said Brasseur. “As we continue to adapt and implement cutting edge technology, I fully expect our talented team will enrich and enhance the 5th Fleet mission.”

In the coming weeks, the task force aims to build trust and confidence in human-machine teaming through a series of operations at sea. International Maritime Exercise (IMX) 22, slated for next year, will provide NAVCENT a real-world opportunity to demonstrate the resiliency and scalability of human-machine teaming technologies.

IMX-22 will include more than 60 nations and international organizations and features the extensive use of unmanned systems in various operational scenarios designed to challenge the technology in a dynamic environment and ultimately enhance partner capabilities through manned and unmanned teaming.

The U.S. 5th Fleet area of operations encompasses nearly 2.5 million square miles of water area and includes the Arabian Gulf, Gulf of Oman, Red Sea and parts of the Indian Ocean. The region is comprised of 21 countries and includes three critical choke points at the Strait of Hormuz, the Suez Canal and the Strait of Bab-al-Mandeb at the southern tip of Yemen.

Notably, the Task Force featured in a recent video the “little engine that could” as a key capability they were exercising now, the MANTAS T-12 which is part of a family of USVs avaialbe right now for the U.S. and allied Navies.

According to the Command:

“This was the first unmanned/manned teaming activity underway for U.S. 5th Fleet’s new Task Force 59. The task force was established Sept. 9 to accelerate the development and integration of new unmanned systems across the fleet.”