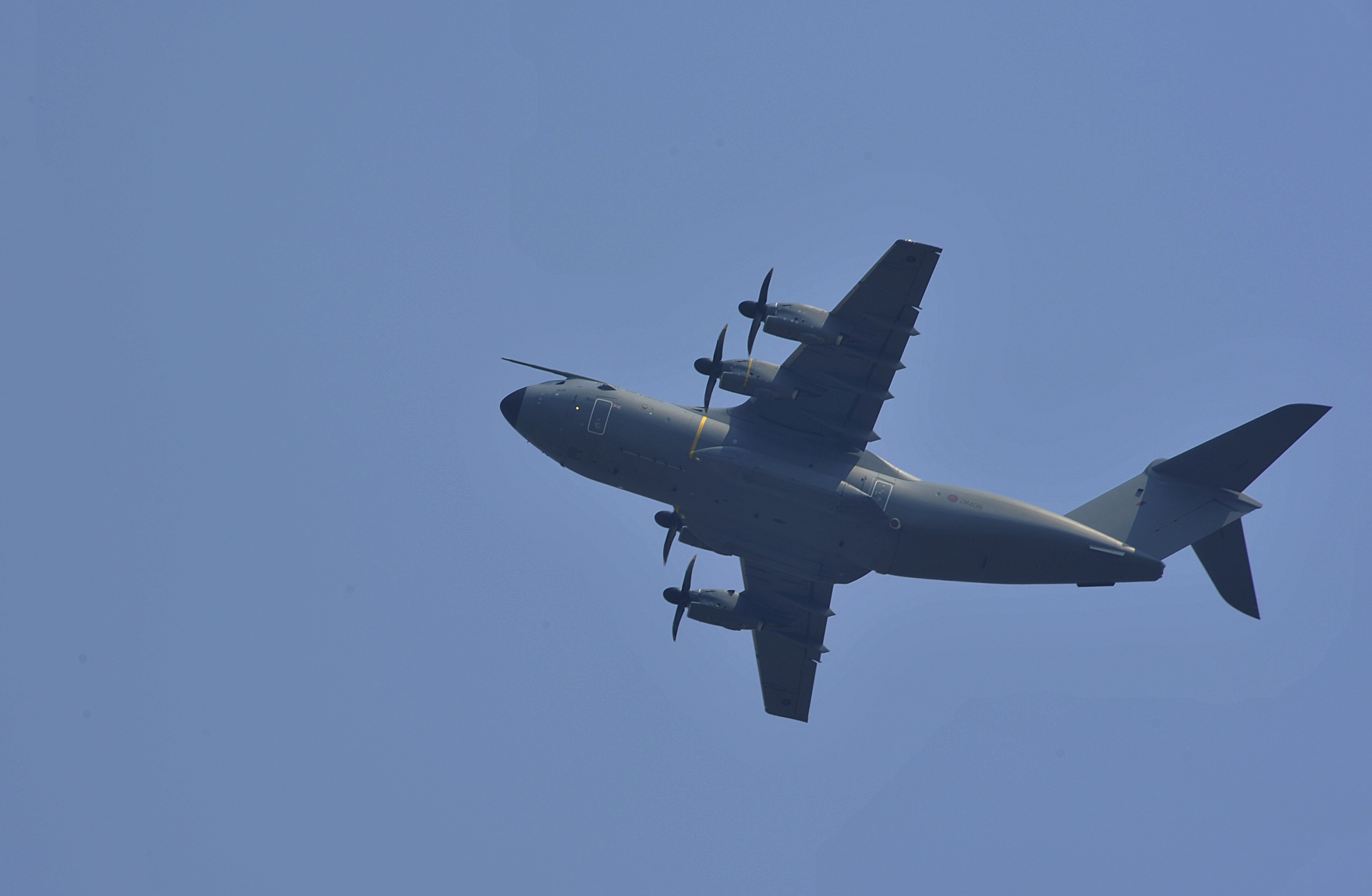 “We’re pushing the tactical edge,” Rich said. “We’re putting aircraft from different nations close together in a tight airspace in a dynamic threat environment. There’s a little bit of inherent risk in that, but that’s what we want to do here so that everybody is ready when we do it for real.”

Zumbrunnen said he hopes Mobility Guardian, which is planned to be held biennially, will attract additional allies to attend and will encourage observers to return as participants in the future.

Col. Jose Antonio Morales, training commander for the Brazilian air force’s 5th Wing, echoed this hope for his own country. “We are trying to arrange a lot of new exercises and interchanges between our countries,” he said. “We are all so proud to represent our country and our air force and participate in this very important exercise.”

The Royal Air Force and the French Air Force brought their A400Ms for the first time to this core exercise.

JOINT BASE LEWIS-MCCHORD, Wash.– Many Mobility airframes from 11 international countries are attending Mobility Guardian, including the Royal Air Force’s A400M Atlas as it makes its debut in a large-scale exercise.

The tactical airlifter is comparable to the C-130 Hercules and the C-17 Globemaster III.

Capable of all major components of airlift, including transport, airdrops and aeromedical evacuation, it will eventually replace the C-130 for the RAF, leaving only a small fleet of the older aircraft in service.

Although the A400 has operated in exercises previously, Mobility Guardian is the largest and most diverse, which gives the aircraft a chance to shine.

“It’s the first time we’ve deployed the aircraft on an exercise like this.

“The aircraft arrived in service with the Royal Air Force in 2014, so we’re still preparing the aircraft for operations overseas. This is really an excellent opportunity for us to operate with our coalition partners.

“[Mobility Guardian] will demonstrate to our partners that the A400M Atlas is a really capable platform,” he added. “It’s also of benefit to me and my guys to be meeting people from all over the world that we might well be operating with in a real-world scenario in the future.”

While the aircraft is at Mobility Guardian, the RAF’s international partners, including the United States, are able to work with the aircraft for the first time and learn how it can be used as an asset to the Mobility mission.

“With the aircraft being new to them, it’s also new to us,” said Maj. Andrew Rich, Mobility Guardian Joint Task Force director of operations. “We’d like to learn about it and how we can incorporate it into how we fight. We’re exploring the interoperability pieces of how our equipment fits on their aircraft and how their equipment fits on ours. Being interoperable gives us a chance to be more flexible when we go downrange.”

A400M at Mobility Guardian 2017 from SldInfo.com on Vimeo.

The A400 is slotted for nine missions during Mobility Guardian, providing the opportunity to learn more about the aircraft and to help partnerships flourish.

“Coalition partners are very important to us,” said Rich. “We rely on them, and they rely on us. We don’t go into any conflict without them. We trust them, and we love having them here. We can’t wait to bring them back next time.”

According to a story by Charlsy Panzio published on August 2, 2017 by Military Times:

The British Royal Air Force brought its new Airbus A400M plane, the first time it has participated in an exercise of this scale. A number of countries are using the four-engine, turboprop tactical airlifter to replace older aircraft, such as the somewhat smaller C-130 Hercules.

Operated by two pilots and a weapons systems operator, the aircraft has the ability to carry a 25-ton payload more than 2,300 miles to remote airfields, or by landing on short, semi-prepared strips.

“They wanted to integrate the A400 into a large exercise,” ZumBrunnen said. “They also brought an aeromedical evacuation team. From a U.S. perspective, we’re happy to see other countries work on their AE skills.”

The French air force also brought its A400M, which will participate in airdrop missions during the exercise.

“We were really interested in trying to be as integrated as possible in airdrops because that is a major capability,” said French Maj. Eric Brunet, who was in charge of preparing the French team for Mobility Guardian.

Brunet said he and his airmen want to compare the way they use their aircraft to how other countries use theirs to make sure their way is as efficient as possible.

“Being involved in a realistic situation is a great opportunity to do that,” he told Air Force Times the day before the training missions began.

Finally, according to a story published by the RAF on August 10, 2017, an RAF aeromedical evacuation team deployed with the A400M to the exercise.

A Royal Air Force Aeromedical Evacuation team has deployed on exercise with A400M Atlas for the first time.

The medics from Tactical Medical Wing (TMW) and three RAF Reserve squadrons are in the US to participate in Mobility Guardian, the largest exercise of its type involving over 50 transport and air-refuelling aircraft, paratroopers, Force Protection and Aeromed personnel.

Flight Lieutenant Scott Fitzgerald, a Flight Commander on TMW based at RAF Brize Norton, explained the aim of the exercise. He said: “The focus for the aeromedical part of this exercise is to simulate the evacuation of up to 300 hospital patients in a humanitarian effort from a displaced area in a war torn environment.

The scale of the exercise has enabled a medical evacuation process which replicates closely what the RAF personnel have experienced previously on coalition operations. Two separate patient preparation areas have been established over 350 miles apart. The RAF teams fly out to the humanitarian area to evacuate patients originating from a US Army Role 2 Hospital.

“We receive hand over of those casualties and evacuate them back” explained Flt Lt Fitzgerald. “We sometimes simulate an intra-theatre transfer which involves a 40 minute flight, or when we have a C-CAST on board, which is the critical care aspect of our aeromedical team, we simulate the 3-4 hour evacuation as if we were for example returning patients to Birmingham.”

The UK Aeromedical Team on the exercise have brought Flight Nurses who are emergency qualified, including four Reservists from three different squadrons.

The A400M, which can carry up to 66 stretcher patients, was recently used for the first time on a real aeromed mission for operational reasons. Mobility Guardian is however the first time it has been used on exercise in the role.

Flt Lt Fitzgerald: “All the personnel we have brought with us have never flown A400 previously so this is new for us. It’s a new capability, we can carry up to 66 stretchers on board the A400 which is our aircraft for the future.”

More than 3,000 Airmen, Soldiers, Sailors, Marines and international partners converged on the state of Washington in support of Mobility Guardian.

The exercise is intended to test the abilities of the Mobility Air Forces to execute rapid global mobility missions in dynamic, contested environments.