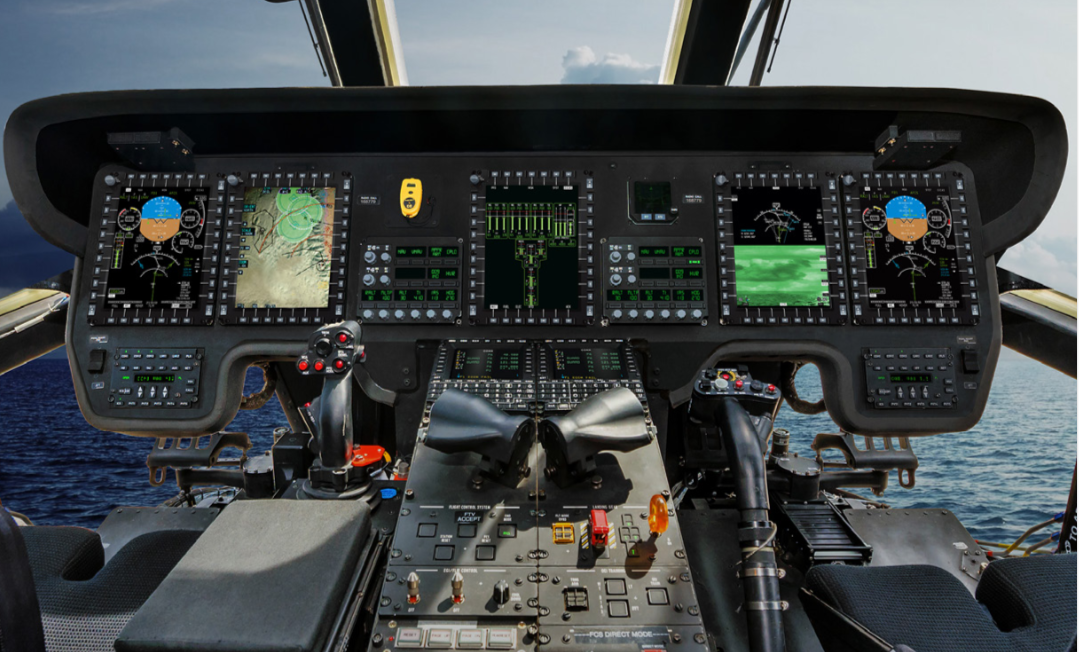 And the Marines as the US’s premier crisis management force is evolving along with the changing demand set. The Marines are reshaping their force structure to enable it to operate as an effective modular force with scalable force capabilities, which can be tailored to a particular crisis.

The CH-53K is a key part of this modular force.

The aircraft brings new capabilities to the force which are in no way the same as the CH-53E.

One of those capabilities is the new cockpit in the aircraft and how digital interoperability and integration with the evolution of the MAGTF more broadly is facilitated by the operation of a 21st century cockpit.

The cockpits are very different and fit in with a general trend for 21stcentury aircraft of having digital cockpits with combat flexibility management built in.

Because the flight crew is operating a digital aircraft, many of the functions which have to be done manually in the E, are done by the aircraft itself.

This allows the cockpit crew to focus on combat management and force insertion tasks.

And the systems within the cockpit allow for the crew to play this function.

This means that the K and its onboard Marines and cargo can be integrated into a digitally interoperable force.

This means as well that the K could provide a lead role for the insertion package, or provide for a variety of support roles beyond simply bringing Marines and cargo to the fight.

They are bringing information as well which can be distributed to the combat force in the area of interest.