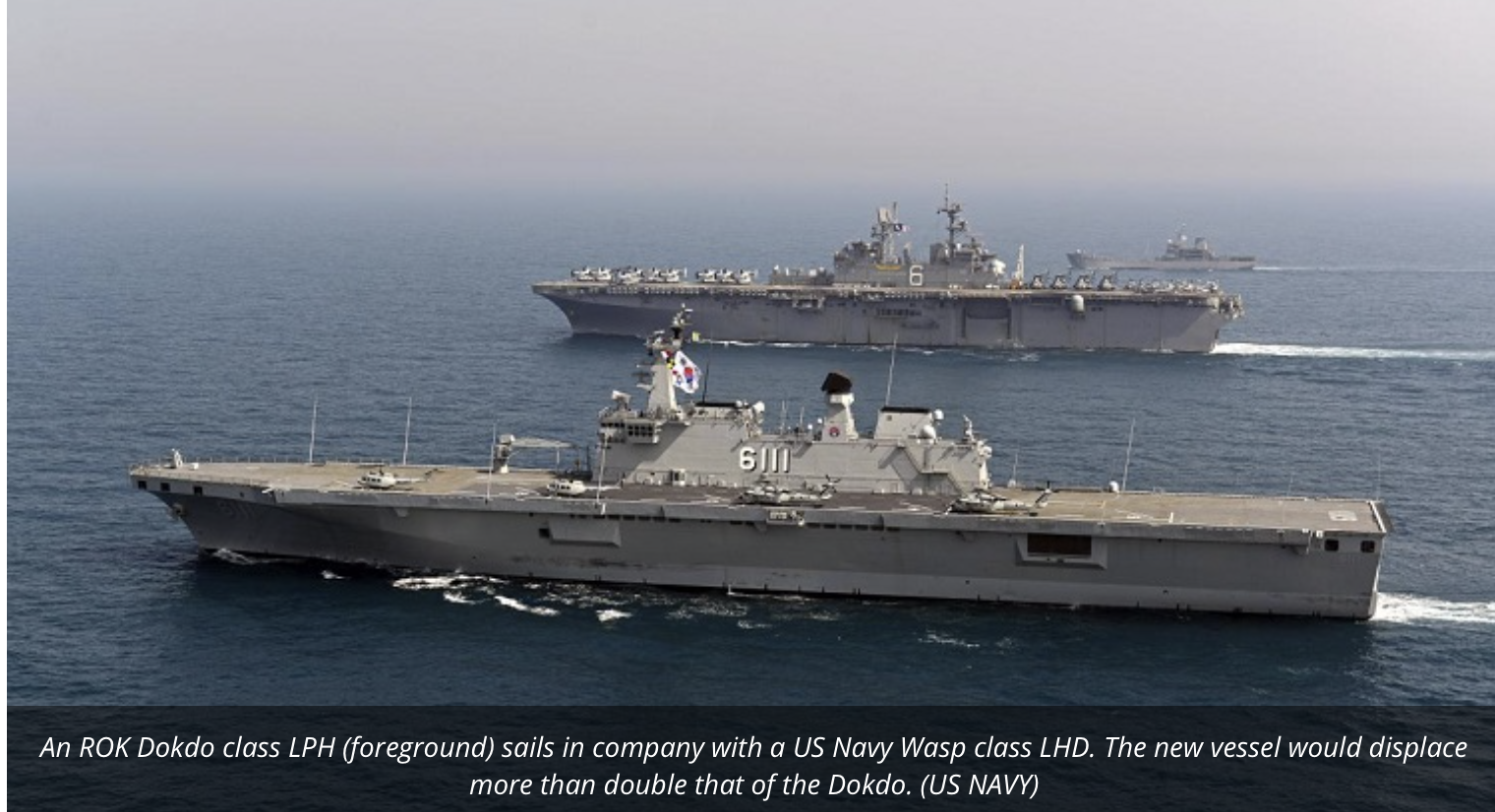 We have argued that a key advantage of being in the F-35 global enterprise is the ability to make future choices with regard to the mix of F-35 types one might buy.

We have also argued that we believe that the F-35B will become a much more significant element within that enterprise as nations look to shape agile basing solutions, at sea or ashore.

A case in point is South Korea.

South Korea will now add F-35Bs to their force mix which will allow them to build an appropriate ship to operate in support of the aircraft.

In an article by Andrew McLaughlin published by ADBR on July 26, 2019, this development was highlighted.

The July 12 announcement will see South Korea build a Landing Helicopter Platform (LPH) in the 30,000 tonne class that would be capable of operating the F-35B as well as helicopters and V-22 Osprey tiltrotors and would enter service in the late 2020s.

The planned vessel would be double the size of the ROK’s two 14,500t Dokdo LPHs, and a little larger than Japan’s 27,000t Izumo class which will also be refit by 2023 to operate the F-35B, and Australia’s 27,000t Canberra class LHDs which aren’t currently capable of embarking F-35Bs.

The vessel would feature a ski-jump launch ramp, and be capable of embarking 16 F-35Bs as well as marines, armoured vehicles, amphibious landing craft, and helicopters.

South Korea currently has 40 conventional takeoff and landing (CTOL) F-35As on order, and has plans to order an additional 20 F-35As to replace some of its older F-16s.