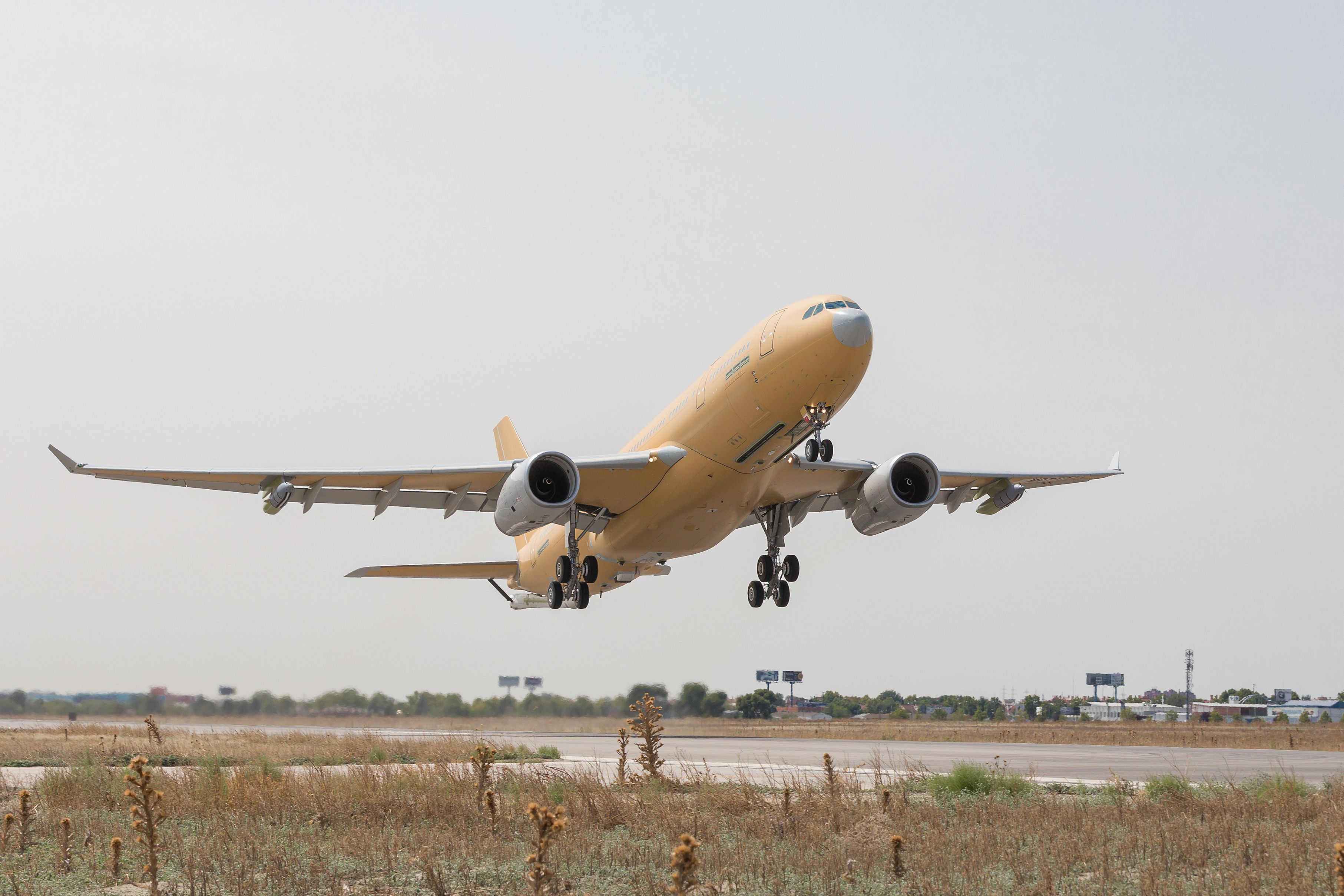 The French have ordered a total of 12 A330MRTTs.

According to an Airbus Defence and Space press release dated September 7, 2017:

Airbus Defence and Space has today successfully completed the maiden flight of the first A330 MRTT Multi Role Tanker Transport for France.

The aircraft, which will be known in French service as Phénix, is the first of nine ordered by the French Defence Procurement Agency DGA, plus another three expected to be confirmed.

It is the second new standard A330 MRTT to fly, featuring structural modifications, aerodynamic improvements giving a fuel-burn reduction of up to 1%, upgraded avionics computers and enhanced military systems.

The aircraft was converted in Getafe from a standard A330 assembled in Toulouse.

The crew reported that the aircraft performed in line with expectations during the 3h 25min flight.

The Phénix fleet will be equipped with a combination of the Airbus Aerial Refuelling Boom System (ARBS) and underwing hose-and-drogue refuelling pods, and can carry 272 passengers or be configured for medical evacuation.

Fifty-one A330 MRTTs have been ordered by eight nations of which 28 have been delivered.

The Phénix will be based at Istres Air Base which is located northwest of Marseille, France. The base infrastructure is being renovated to support the aircraft and to prepare for the security of the aircraft.

The French Air Force sees its new tanker as a key part of its transformation strategy and will certainly leverage the space inside the aircraft to support a number of non-tanker functions.

A former Chief of Staff of the French Air Force has discussed ways in which the space and systems onboard the tanker could support a variety of C2 and ISR task force missions.

Murielle Delaporte has visited the airbase in early June 2018 and will be reporting on the FAF’s preparations for the plane and shaping a way ahead to leverage the coming of the new aircraft to the French forces.

The featured photo shows the first flight of the French A330MRTT and is credited to Airbus Defence and Space.