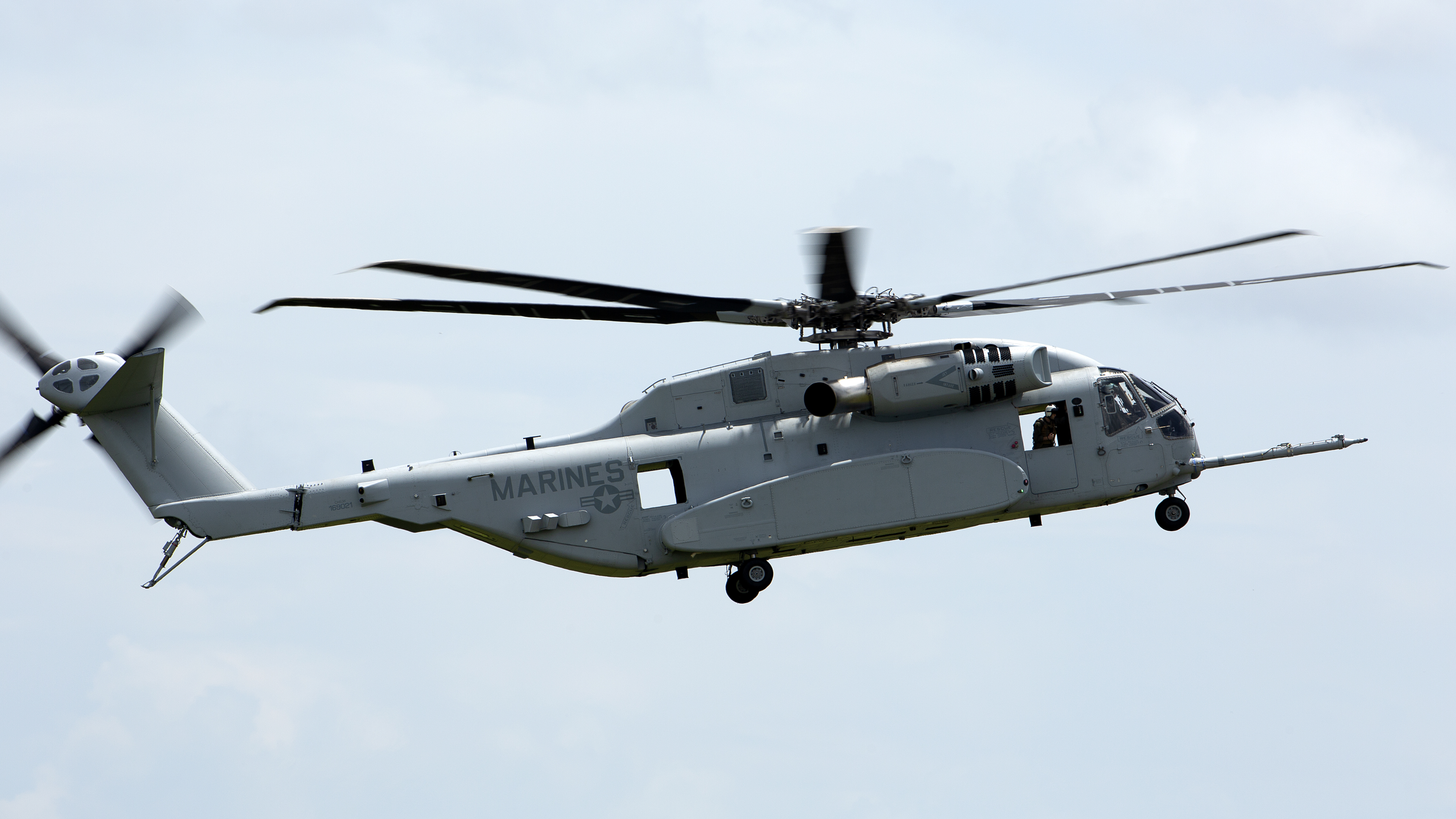 The heavy lift transition from CH-53E to CH-53K is one of the last modernization efforts of Marine Corps Aviation set in motion when Lt. General Trautman was Deputy Commandant of Aviation.

Although this essential capability is last replacing the readiness challenged 30-year-old CH-53E, it is leveraging lessons learned from previous transitions of the MV-22, H-1, and F-35.

These lessons learned will be key into the maintainability and reliability ending up in increased readiness for future MAGTF heavy lift.

The shift from the CH-53E to the CH-53K is a significant one for the USMC.

And preparing for that shift to support the aircraft in operations is a key pillar for the change, and key enabler for a more combat ready aircraft.

The shift from a mechanical to a digital aircraft is a significant one, and the CH-53K has been designed from the ground up with sustainability in mind.

Marine maintainers have been involved from the outset in the design of the aircraft to facilitate more rapid and more effective logistical support for a combat fleet creating a front-loaded aircraft from a maintenance point of view.

Now at New River MCAS, the first CH-53K has arrived for the Marines, and Marine Corps logisticians who have earlier been involved in the design of the aircraft are being joined by other logisticians in working through the procedures to maintain the aircraft prior to having that aircraft be part of the first operational squadron.

The loggies are shaping the template to then be used by the first operational squadron, which in turn will refine and evolve the template.

I will visit New River later this year to see these efforts first hand, but can clearly recall my experience more than a decade ago visiting the Marines as they stood up the Osprey and made the transition from the CH-46.

I will return to those experiences and compare and contrast them with the E to K experience as well in a future article.

Recently, I had a chance to talk with several Marines involved in the log demo as the effort is referred to.

LtCol Stu Howell, CH-53K LOTD, VMX1 CH-53K Det as well as SSgt Curtis A. Kelly, SSgt Jeremy C. Lombard and SSgt Mike V. Farina provided insight into the progress with regard to working the maintenance and logistics procedures as the Marines prepare to stand up their first operational squadron.

In that discussion on August 29, 2018, much of it revolved something similar to the transition from other mechanical to digital aircraft, namely, the ability of the aircraft to self-diagnose and the data rich sensors built into the aircraft provided a very different environment within which to work procedures.

But of course, computer aides have their own dynamics and challenges and as this is a young aircraft from the standpoint of getting ready for operations.

A significant part of the effort is parts validation and taking maintenance procedures shaped by the manufacturer to refining them by the operating force logisticians.

The team working the log demo is a mixture of Sikorsky reps and Marines, although many of the Sikorsky employees are former Marines, if there really is such a thing.

The core point from the Marines: “Everything is much more straightforward to work on.”

The design process has yielded an easier aircraft to work on in terms of the accessibility of systems, as well as the digital nature of the aircraft has seen several aspects of the E are simply not on the K.

The flight controls aspect especially noted as a key improvement due to the fly by wire system onboard the K.

“This aircraft is much more plug and play compared to the E.

“A lot of the systems on the E have been eliminated with how the K has been designed and built.”

In other words, there is a three-fold shift.

First, there is the simplification provided by the design for maintainability process.

Second, there are ways in which the shift from a mechanical to a digital aircraft removes mechanical systems which require maintenance.

And third, there is the challenge of validating and working with the computer information and sensor systems on the aircraft to get comfortable with how they work and to modify them with evolving maintenance procedures.

“Log demo is synonymous with maintenance evaluation and validation; we are not flying the aircraft.

“We are assessing the procedures and improving them.”

“The access to a dynamic component is significantly easier with this aircraft compare to an E.

“This aircraft does not have the miles of cable and boxes.

“It is now about install a box, validate and move forward.

“We are looking at each component and evaluating it.

“And then putting it back in as part of the evaluation and validation process.”

The goal is to turn over to the first squadron an aircraft with effective and efficient maintenance procedures.

The team emphasized the importance of learning how to marry those procedures with the tools to provide for maintenance as well.

As the Marines are operating this both on ships and in austere operating areas, learning how to ensure that the match between the executed procedures and the tools required is a key part of the log demo as well.

“Do we have the right torque wrench?

“Do we have the right socket?

“Do we have the right stand to work on gear box?”

This will be applied to similar other issues, like engine boxes, to things like the containers necessary to transport maintenance tools and parts.

In other words, it is about maintenance procedures with a core focus on sustainable deployability and conducting expeditionary operations

The goal is to be able to run out of the gate rather than to slow down initial operations because of incomplete maintenance procedures and training.

With regard to training, there is a challenge similar to the F-35 where maintainers need to be able to understand the operation of the aircraft as a system, rather than being simply federated maintainers focused on simply repairing core parts and remaining largely focused on the core elements.

There is a need to understand the overall system and how to plug in your area of expertise to the overall performance of the aircraft.

“We need revisit training to understand how the magic boxes work overall with regard to the whole aircraft.

“Everybody needs to be digitally competent.

“The component EOSs need to understand how the aircraft talks to us digitally from a systems point of view.”

This aircraft is clearly not CH-53E 2.

“It is a shift to conditions based maintenance which is a significant change for sure.

“It is much easier to navigate through the maintenance process with the digital information process.

“It is not that hard to move from the E to the K.

“But not sure that those who will be K guys could make a transition to working on an E.”