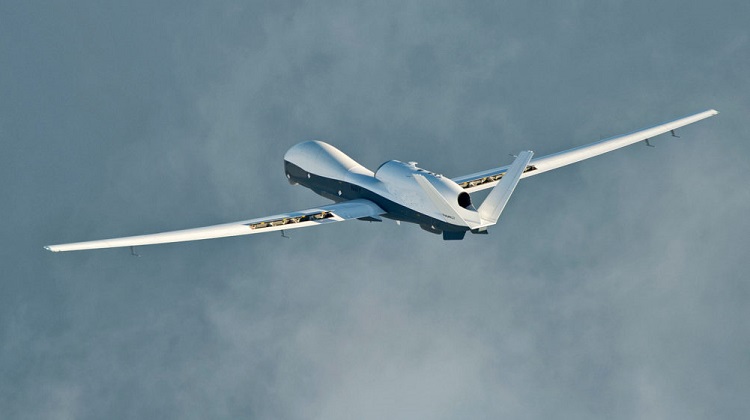 The US Navy is set to deploy the first MQ-4C Triton unmanned maritime surveillance aircraft to Guam to conduct operations in the northern Pacific, a key milestone both for the US and Australian programs.

Australia is set to buy six of the Northrop Grumman Triton high altitude maritime surveillance aircraft, and will be closely watching how they perform operationally.

“We will be able to leverage lessons learned from the US Navy and that will be important as we stat to look towards the Australian rollout,” Northrop Grumman Australia Triton program director Jake Campbell told ADBR at the Pacific 2019 International Maritime Exposition. .

The 2016 Defence White Paper proposed acquisition of seven Tritons, although the government subsequently reduced that to six.

So far only two have been funded, along with the all-important ground stations, the main operating base in Adelaide and a forward operating base in Tindal in the Northern Territory. The first aircraft will be delivered in 2023.

“To we have let five contracts to Australian industry associated with the program but we are certainly not resting on our laurels,” he said. “We are looking to generating as much Australian industry content as we can into this program. What will help is the bulk purchase of the next lot of aeroplanes.

That will provide a little more program certainty which for Australian industry will help with the business case. We look forward to a government decision.”

Most recently, Northrop Grumman signed a deal with Queensland firm Ferra for some Triton chassis components. Earlier Victorian firm AME was contracting for some cabling work. Significantly, Triton components produced in Australia aren’t just for Australian aircraft – they are for every aircraft to be produced.

The US Navy program of record is for 70 aircraft, 68 for operational service and 2 for ongoing trials. Triton is a high altitude long endurance unmanned aircraft, able to watch over vast areas of ocean.

This article was first published by ADBR on October 12, 2019.

South Korea Builds an F-35-Enabled Amphibious Ship: How to Shape a Task Force?

By Robbin Laird The South Koreans have announced that they will build an F-35B enabled light carrier. The LPX-11 is expected to displace around 40,000 tons fully loaded.  An original…

In this report, we bring together our recent pieces in the defense decision section on South Korea’s decision to build an F-35 enabled light carrier. The South Koreans are building…

The Institute for Integrated Economic Research – Australia was formed in 2018. Its purpose is to address our need for greater resilience in our society, both structurally and culturally, given…

Winning Space: The Time is Now for America

“Colectivos” Learning From the Fate of Cuba and Venezuela

ThyssenKrupp Marine Systems (TKMS) has launched the fourth and final Type 209/1400mod submarine for the Egyptian Navy during a ceremony at its yard in Kiel, Germany. This comes after an…

Rethinking Basing in the Indo-Pacific

The primary objective of Allied forces in the Southwest Pacific is to advance our network of airbases deep into the Japanese perimeter. General Henry ‘Hap’ Arnold[1] The geography of the Indo-Pacific region has changed little since World War II, and the tyranny of distance