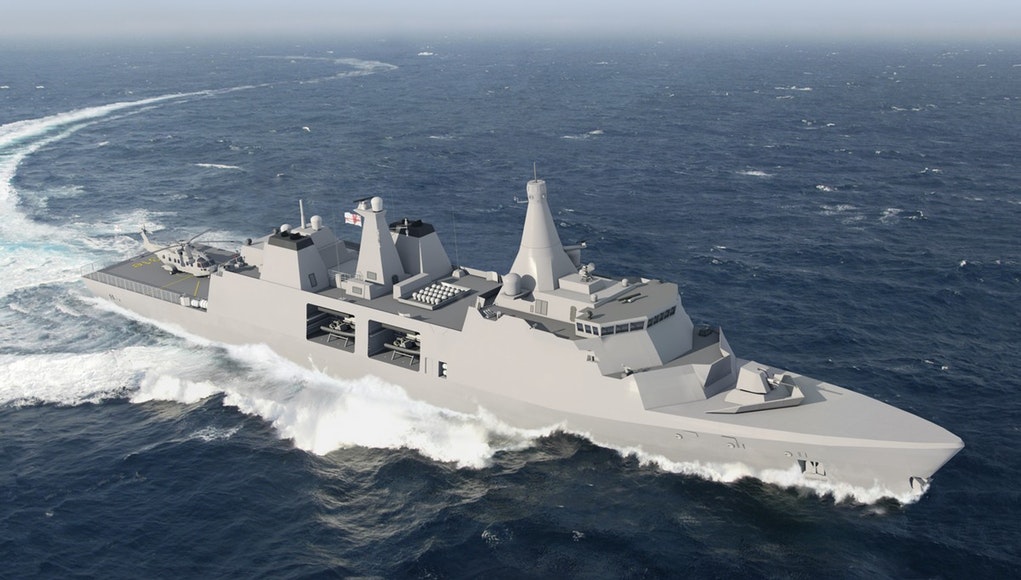 Recently, the UK Ministry of Defence announced that they have awarded contracts worth up to five million pound sterling to build five new Type31e warships.

According to an article published on the UK MoD website on December 10, 2018:

Three shipbuilding teams have been awarded multi-million-pound contracts to push ahead with plans to build five new Type 31e warships in the UK for the Royal Navy, Defence Minister Stuart Andrew has announced today in Portsmouth.

The Minister revealed that teams led by BAE Systems, Babcock and Atlas Elektronik UK have been shortlisted for the competition to build the five frigates for £1.25 billion. Each group has today been awarded a contract worth up to £5 million to fund the next stage of their plans, with the preferred bidder for the design and manufacture of the ships due to announced by the end of next year. The MOD want the first ship delivered in 2023.

Speaking at Her Majesty’s Naval Base in Portsmouth, Defence Minister Stuart Andrew said:

“This is the first frigate competition the UK has run in a generation, and today we are funding three shipbuilding teams with extremely exciting concepts to continue developing their plans. Next year we will announce the winning bidder, and one of these designs will go on to bolster our future fleet with five new ships, creating UK jobs and ensuring our Royal Navy maintains a truly global presence in an increasingly uncertain world.”

The awarding of the contracts is a key milestone in the National Shipbuilding Strategy, which was launched in September 2017. The Strategy met the challenges set by an independent report written by Sir John Parker, a figure with a wealth of leadership and boardroom experience in shipbuilding, and was underpinned by the commitment to build the new Type 31e ships.

The bold Type 31e programme will move through procurement at an unprecedented pace: the vessel will commence production within 3 years of the launch of the programme, far quicker than similar programmes of this type.

The ships will make up the next generation of the Royal Navy fleet, along with eight Type 26 warships which will start being delivered from the mid-2020s. The names of all eight Type 26 frigates have now been announced, and the Defence Secretary Gavin Williamson has also outlined that they will be homed in Devonport. The decision on where the Type 31e frigates will be based is still to be made.

George Allison in his article published on December 10, 2018 highlighted both the opportunities and challenges associated with the program.

BAE Systems, Babcock and Atlas Electronik UK have been shortlisted in the competition to build the Type 31e Frigate.

The preferred bidder will be announced by the end of next year. The MoD wants the first of the five frigates to be delivered in 2023.

This comes not long after the previously suspended Type 31e programme, which could see sections of the ships built in Scotland and England, was restarted…..

According to well respected defence commentary website Save the Royal Navy:

“The MoD says it will begin market engagement activity with suppliers interested in re-tendering for the Type 31e design and build contract starting next week.

“The new contract notice issued yesterday has the same headline figures “Type 31e is to cost not to exceed £1.25 billion, inclusive of Government Furnished Equipment (GFE)”. This may indicate there is a recognition that the £250M per ship limit is not enough to cover the installation of credible combat systems. Just how much GFE will be provided may be the critical factor in the success of the design. It has always been the intention that some equipment would be transferred from the Type 23s to the next generation of frigates, both Type 26 and Type 31, including the Sea Ceptor missile system and the Artisan Radar.

“Weapons, sensors and combat management systems are a large cost component of warships and if paid for separately, would add significantly to the Type 31e ‘sail away’ price. The MoD could be looking at finding a great deal more than £1.25Bn. Any Type 31e built for export is therefore likely to have combat systems that differ considerably from the RN fit, but at additional cost to the customer.”

Arrowhead is expected to sit at 5,700 tonnes and 138.7 metres in length, the ships company is around 100 with space for an embarked military force of 60. Babcock’s Team 31 has selected the proven in-service Iver Huitfeldt frigate design as the baseline for their T31e product.

Leander is expected to be around 4,000 tonnes and 120 metres in length with a ship’s company of about 120 with space for an embarked military force of 30. The Leander design has evolved from the Khareef class corvettes built by BAE Systems.

Where will they be built?

For Arrowhead, the distributed build and assembly approach could see integration in Rosyth. Babcock say that the Arrowhead design lends itself equally to either a single build strategy, or a cross–site build strategy bringing together modules – an approach used for aircraft carrier assembly at Rosyth.

For Leander, BAE Systems will partner with Cammell Laird, who would ‘Prime, build and assemble’ the vessels at their Merseyside facility while the Clyde will focus on the Type 26 Frigates. Cammell Laird would be main contractor with BAE providing design and combat systems.