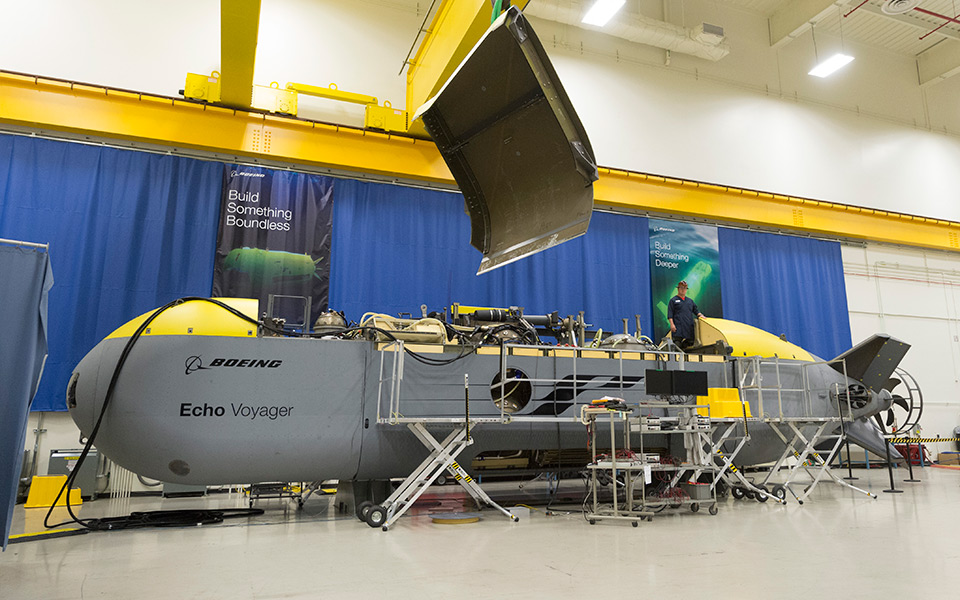 The Orca is a development of Boeing’s Echo Voyager XLUUV, a 51-foot long unmanned submarine that has an unrefuelled range of more than 6,500nm (11,500km). The vehicle is modular in design with an open architecture, and the different modules of the vehicle provide guidance and control, navigation, autonomy, situational awareness, core communications, power distribution, energy and power, propulsion and manoeuvring, and mission sensors.

The contract follows previous awards of similar amounts granted to Boeing and Lockheed Martin in October 2017 for the design phases of the Orca program.

“Echo Voyager is basically an unmanned diesel-electric submarine: it uses a generator to recharge batteries when it’s on the surface, and when submerged it runs off batteries. It’s basically an ‘un-personed’ submarine,” Boeing’s director of Advanced Technology Programs for Autonomous Systems, Lance Towers told USNI News in a 2017 statement. It has the ability to go thousands of nautical miles, versus a tactical one may give you 100 to 200 nautical miles.”

In a February 7 statement to USNI News, the company said, “We are pleased with the Navy’s decision to award Boeing a contract to build and deliver four Orca Extra Large Unmanned Undersea Vehicles, and are committed to providing this important autonomous undersea capability to meet the Navy’s unique mission needs.”