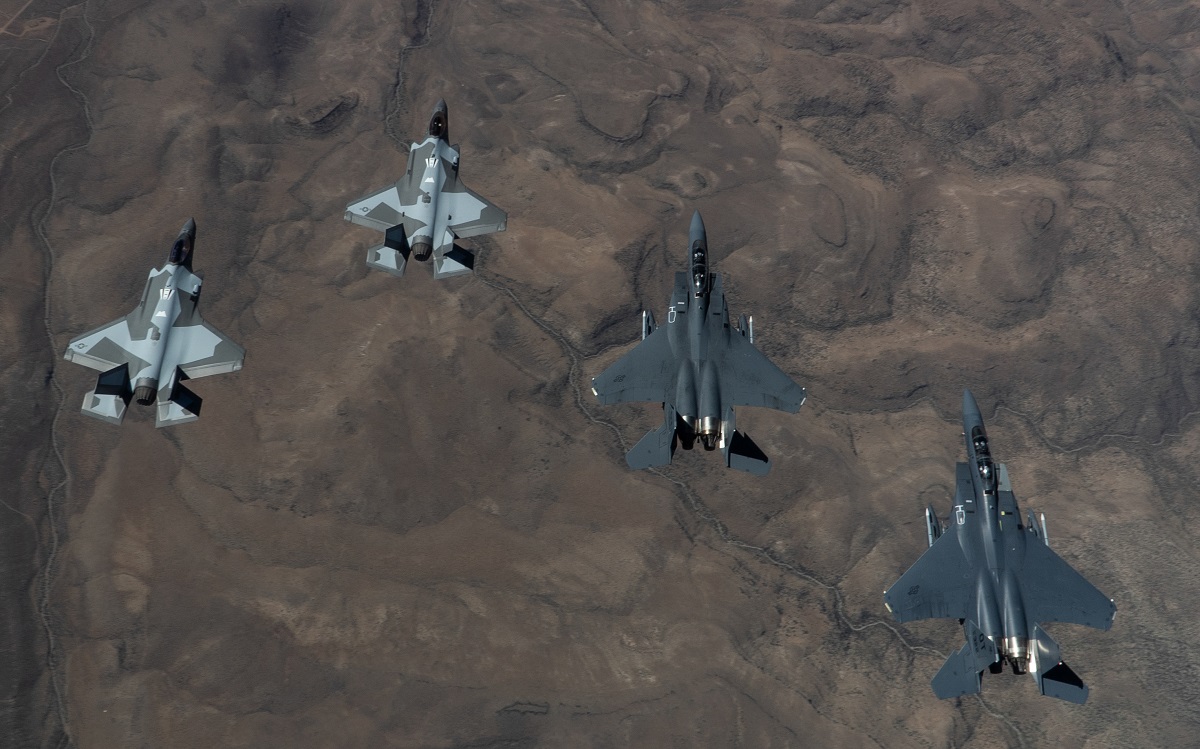 Wearing a splintered two-tone grey livery, the F-35As are early-build aircraft that were primarily operated in a test and evaluation role and, because of their older Block 2 avionics and software loads, are not considered viable to be upgraded to a fully combat-coded configuration.

Instead, with plenty of airframe life left in them, the aircraft will be put to work to simulate the tactics, the very low-observable characteristics, and the advanced sensors and avionics of advanced threats such as China’s Chengdu J-20.

“Due to the growing threat posed by PRC fifth- and sixth-gen fighter development, we must use a portion of our daily fifth-generation aircraft today at Langley, Elmendorf, Hill, Eielson, and now Nellis, to replicate adversary fifth-generation capabilities,” Air Combat Command (ACC) commander Gen Mark Kelly said at the re-establishment ceremony. “Precisely because we have this credible threat, when we do replicate a fifth-gen adversary, it has to be done professionally. That’s the Aggressors.”

“This significant milestone marks our ability to bring fifth-generation capabilities to the high-end fight, and will allow us to enhance our premier tactics and training with joint, allied and coalition forces,” Brig Gen Michael Drowley, the 57th Wing commander said.

57th Operations Group commander, Col Scott Mills added, “Using the F-35 as an aggressor allows pilots to train against low-observable threats similar to what adversaries are developing. Working in concert with the 64th Aggressor Squadron, the F-35 aggressors dismantled significant components of the Blue Air game plan and ensured that our combat forces had to work hard for every win.”

The 65th AGRS was previously equipped with F-15C/D Eagle fighters, but was disbanded in 2014. The unit was approved in 2019 for reactivation in an effort to improve training for fifth-generation fighter tactics development, advanced large force training and operational test support. It will operate alongside the 64th AGRS which flies the F-16C/D.

Along with the 64th AGRS, the F-35s will be employed into large Combat Air Forces exercises such as Red Flag, USAF Weapons School missions, joint exercises, and operational test and evaluation events that are only conducted at Nellis Air Force Base and the Nevada Test and Training Range.

Featured Photo: Two F-35A Lightning IIs and two F-15E Strike Eagles fly in a formation after a combat training mission in the Nevada Test and Training Range air space to signify the history of the 65th Aggressor Squadron and its reactivation at Nellis Air Force Base, Nevada, June 9, 2022. The 65 AGRS was previously active at Nellis from 2005 to 2014. During that time, the unit replicated tactics and techniques of potential adversaries with a fleet of F-15 Eagles. (U.S. Air force photo by Tech. Sgt. Alexandre Montes)