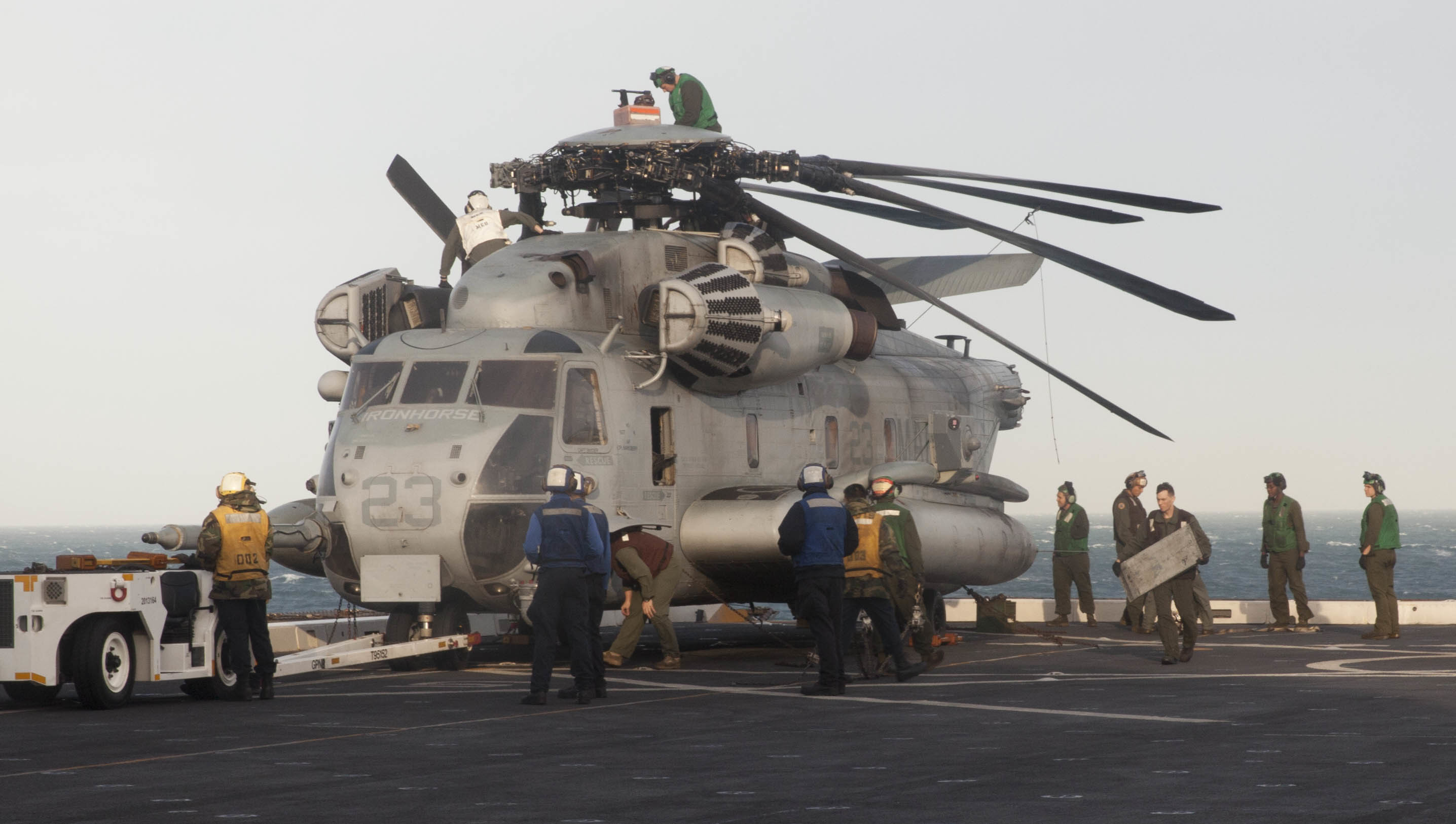 Last year, when visiting the Sikorsky West Palm Beach facility, I saw the CH-53K King Stallion being built, which is now in Europe and preparing to fly at the Berlin Air Show.

Next month, the first CH-53K will arrive in New River, N.C., for the U.S. Marines there to work through the maintenance procedures and protocols for the first operating squadrons.

I will be visiting New River this summer to spend time with the Marines as they validate publications and logistical support on the maintenance side of the equation.

One of the key attributes of the CH-53K is the maintainability to enhance the readiness and availability of the aircraft. Maintainers have been part of the design team for the K from the outset, and as a digital aircraft, the process will be quite different from working on a mechanical aircraft like the CH-53E.

As I visited New River at the dawn of the MV-22B Osprey era, it will be interesting to compare and contrast the Osprey launch experience with that of the CH-53K.

Recently, I had a chance to get an update on the CH-53K, and to talk about the upcoming milestone of the aircraft at New River with Lt. Col. Trimble, who has been involved with the standup of the program for some time.

And at the end of the year,he will receive his next command assignment, HMH-464, the Marine Heavy Helicopter Squadron 464, which is part of 2ndMarine Aircraft Wing, based at Marine Corps Air Station New River.

The CH-53K is coming at a key time in the evolution of the USMC.  The Marines are working to shape a digital interoperable force, which can operate effectively as a distributed force.

The K is optimized for the digital interoperable (DI) transition, and is a crucial asset, able to move key parts of a distributed force into operational areas.

Indeed, a CH-53K force can support the Marines forward without needing to set up forward operating bases supported by transport going over roads under threat from IEDs.

Question: How would you characterize the impact of the coming of the K to the force?

Lt. Col. Trimble: I would start with a key point.  It will be the only fully-marinized, heavy-lift helicopter capable of transporting 100 percent of the vertical MAGTF required to fulfill our role as “contact” and “blunt” layers per the National Defense Strategy.

The King Stallion will be able to transport up to 2 x armored HMMWVs, 2 x ECVs, or a JLTV out to 110 NM, enable the MAGTF to mass combat power, maneuver, and maintain resilient and agile logistics and maintenance while under persistent multi-domain attack.

The K can carry all of the heavy equipment of the MAGTF; the E cannot.

The K is the only heavy rotary wing, heavy-lift assault platform in the Department of Defense inventory. A heavy-lift rotary wing aircraft is defined by greater than 70,000 lbs max gross weight. It is a strategic asset, from our point of view.

Vertical lift transport is a key to not putting Marine Corps assets at risk from IEDs when operating on roads as well.

When we go ship-to-shore – say I have to go back-and-forth 10 times – if I could go back-and-forth five times carrying just as much, then it reduces my exposure to threat, and I give the ground combat element (GCE) or GCE commander the most combat power, faster.

Question: The K is a key element in reinforcing the ability of the USMC to operate as a digital interoperable force and as an effective distributed force.

How would you describe its role in those terms?

Lt. Col. Trimble: An often-forgotten aspect is delivering logistics and fuel ashore to support both ground and air platforms in order to sustain combat operations.

This is a key when conducting amphibious operations.

And because we can now take full 463L Pallets straight off a fixed wing airlifter, we can redistribute logistics support to a distributed force, faster.

The Marine Corps is task organized and we have already worked up for our squadrons our logistics support templates with regard to the K supporting a squadron as well.

This is the first aircraft born in the Marine Corps when digital interoperability is the standard.

Question: The software upgradeability part of the equation often gets overlooked, and missing the point that with a well-designed software system, modernization is fact built-in so to speak.

How do you view this part of the coming of the K?

You do not have to change the boxes; you can change the cards and upgrade as need and opportunity arises.

And as we add foreign partners, they will make modifications for different systems, such as radios, and that will not require a major shift with regard to the software on the aircraft.

The CH-53K will be declared IOCd in 2019 but the first operational squadron will prepare to deploy in 2023.

And that squadron will have a very mature aircraft, leveraging lessons learned.

Question: Is there anything else, you would like to add with regard to the impact of the coming of the K?

Lt. Col. Trimble: There is little question that the K as a fly–by-wire aircraft will have a major impact on safety, performance and support to the force.

This is a big change and will allow the cockpit crew to become key players in helping manage and support operations in the distributed combat space.

It will be about cockpit management rather than fly and hover.

Editor’s Note: For any foreign partner, which wishes to buy the K, they will have a key advantage of being able to bring their 463L pallets straight off of its airlift force as well. [1]

Editor’s Note: To read all of our CH-53K articles, please see the following: