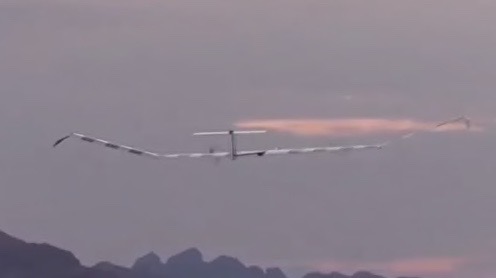 Perth 3 December 2018 – Airbus Defence and Space announced the opening of the world’s first High Altitude Pseudo-Satellite (HAPS) flight base serving as the launch site for the Zephyr UAV in Wyndham, Western Australia.

This site has been chosen due to its largely unrestricted airspace and reliable weather and is the result of significant investment by Airbus into its Zephyr programme.

“I am delighted to welcome the Airbus team and their Zephyr project to Western Australia. This is the culmination of almost a year of hard work by Airbus and my Government to bring this exciting and innovative technology to our state. The Zephyr aircraft provides new capabilities to commercial and military customers and will bring an economic boost to the East Kimberley region,” said Premier of Western Australia, Hon. Mark McGowan MLA.

“The official opening of the Airbus Wyndham launch site in Western Australia, the world’s first operational HAPS site, marks the start of a new era for Zephyr. We are proud to see Australia become part of the Zephyr operational network. The site is our gateway to the stratosphere and will be the main flight base for Zephyr going forward.” said Jana Rosenmann, Head of Unmanned Aerial Systems at Airbus.

Zephyr will bring new see, sense and connect capabilities to both commercial and military customers. Zephyr will provide the potential to revolutionise disaster management, including monitoring the spread of wildfires or oil spills. It provides persistent surveillance, tracing the world’s changing environmental landscape and will be able to provide communications to the most unconnected parts of the world.

The text above is an Airbus Defence and Space press release.

The West Australian provide further detail in their article “Drone Launched in Wyndham Ahead of Record Attempt,” published on December 3, 2018.

ADS had been aiming for further test flights out of Wyndham in the second half of this year but its direct of sales Mathias Seifert said this was not likely to happen now until March or April.

There are three drones waiting to be tested at the Wyndham site.

Mr Seifert said the head of the Australian Space Agency, Megan Clark, had issued a challenge for ADS to go well beyond the current record.

Science Minister Dave Kelly said the Federal Government should be taking a serious look at WA as the place to base the ASA given the engagement with ADS, NASA and other international space agencies.

The photo shows Zephyr-5 in flight over Wyndham.