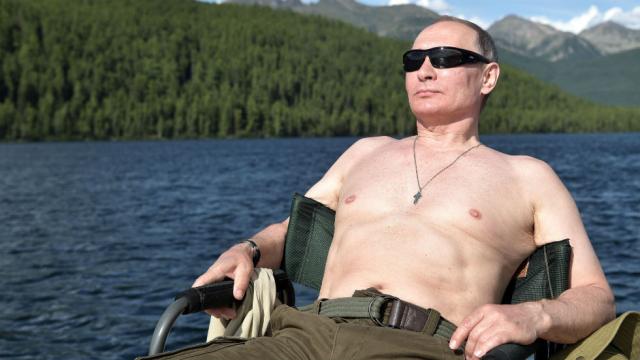 The revelation that President Trump has seriously considered the desirability of invading Venezuela ought to focus our attention on that unhappy country and others like it in Latin America.

While Venezuela’s crisis is an extreme manifestation of the kleptocratic autocracies masquerading under the socialist or Chavista sobriquet in Latin America; it is not the only such regime there to be on the edge of collapse.

Venezuela may already be a failed state but by all accounts Nicaragua now teeters on the edge of civil war thanks to the persisting illegitimate governance (a term coined by Max Manwaring formerly of the US Army War College’s Strategic Studies Institute) of President Daniel Ortega.

Indeed, Ortega prompted the present crisis by trying to have his wife become the co-ruler of the country.

These linked but non-contiguous crises could engulf Latin America in multiple simultaneous and even overlapping crisis phenomena ranging from failed states, massive refugee flows within the continent if not towards the U.S., and civil strife.

Trump’s musings about intervening forcefully in Venezuela, however dangerous they might be, are founded in the inescapable reality of the repressive and utterly corrupt Maduro regime’s epic state failure.

Already 1.5 million refugees have fled Venezuela, inflation reached an annual rate of 41,000% in June and Venezuela’s energy production, the basis of the economy, is falling due to epic corruption and epic mismanagement. So it seems that a default on its huge debts is inevitable sooner or later.

And as we know from past Latin American history default often triggers external financial if not other forms of external intervention.

One factor that has held back what seems to be the inevitable day of reckoning is the fact that Venezuela has sold off large parts of its equity to Russia in order to obtain cash with which to meet its immediate debts and expenses.

As a result, Rosneft now has what appears to be a majority stake in the national oil company PDVSA. And if Venezuela goes into default Rosneft could then step in and take control of PDVSA’s assets, not least of which is the Cities Service (Citgo) oil company in the U.S..

Beyond that negative outcome it is, entirely possible, as this writer has already observed, that Moscow, who has long sought a naval base in Venezuela, may demand that as apart of another “debt for equity” scheme, much as it has done in the former Soviet Union.

Further adding to the potential danger of this situation is the fact that under Hugo Chavez and Maduro Venezuela has been a haven for terrorists, Iranian operatives, and insurgents as well as a major recipient of Russian arms sales, largely intended to destabilize American allies like Colombia.

Nicaragua boasts of no less of a Russian military presence.

Moscow has sold the country T-55 and T-72 tanks, provided police and military support ostensibly for counter-narcotics operations in the Caribbean and Pacific Ocean (one suspects it is just the opposite, inasmuch as Venezuela was and is a notorious conduit for drugs and its regime is equally notoriously corrupt), and have discussed buying MiG-29s.

Most importantly the Russian Ministry of Defense has publicly announced its desire for a naval base in Nicaragua, along with those it seeks to obtain in Venezuela and Cuba, along with a resupply base.

Current and former U.S. officials suspect that the new Russian facilities could have “dual use” capabilities, particularly for electronic espionage aimed at the United States. — Others worry that Russia could be pursuing ambitious spy goals, such as intercepting Internet traffic in the ARCOS 1 fiber-optic cable that runs from Miami down the Caribbean coast of Central America.

Speculation is rife that the new Russian satellite site on the lip of the Laguna de Nejapa crater will be a spy facility, even though Nicaraguan officials have said it will be used for GLONASS, Russia’s equivalent of GPS.[i]

It is quite unlikely that President Ortega will simply yield power to his opposition or change his policies as nothing in his past record suggests a real commitment to democratic governance.

Thus there is a real possibility of a civil war breaking out in Nicaragua very soon with the same kinds of risks we’ve seen elsewhere.

But inasmuch as there is a substantial Chinese investment in a new canal to unite the oceans, as well as a large Russian military presence there and in Venezuela the confluence of these two crises may spell much more than a massive refugee crisis.

Of course, under present circumstances that is a big enough headache for Latin American governments and the U.S.

But the fact is that the security challenges posed by these grave examples of illegitimate governance are not isolated phenomena.

Even if invasion was no longer in fashion it is clear that this response also does not answer the challenges posed by such states.

Neither does the U.S. have the resources to undertake the reconstruction of entire polities in Latin America by itself without any support from the rest of the continent.

In other words, in responding to what are genuine crises brought on by governmental malfeasance, Washington needs to orchestrate continental wide approaches along with Other Latin American countries who share its anxieties and concerns and are directly menaced by either state failure or the preservation of these kleptocratic autocracies in power.

Neither war nor unilateralism suffices to answer the call to confront complex “gray area phenomena.”

That is the urgent lesson of these crises.

While military assets and means may be needed, the crisis is fundamentally not a military one and other means must be found to overcome it.

And for a discussion of the featured photo, see the following:

Dr. Stephen Blank is a Senior Fellow with the American Foreign Policy Council.

Dr.  Blank is an internationally known expert on Russia and the former Soviet Union, who comes to AFPC  from the US Army War College where he spent the last 24 years, 1989-2013  as a Professor of National Security Studies at the Strategic Studies Institute of the US Army War College in Carlisle Barracks, PA.  Dr. Blank’s expertise  covers the entire  Russian and post-Soviet region and has also written extensively on  defense strategy, arms control, information warfare, energy issues, US foreign and defense policy, European, and Asian security.

He is currently writing a book on Russian policy in East Asia and is the author of over 900 publications, books,  monographs,  scholarly and  popular articles and has appeared frequently  on television and radio and at professional conferences  in the US, Europe, and Asia.