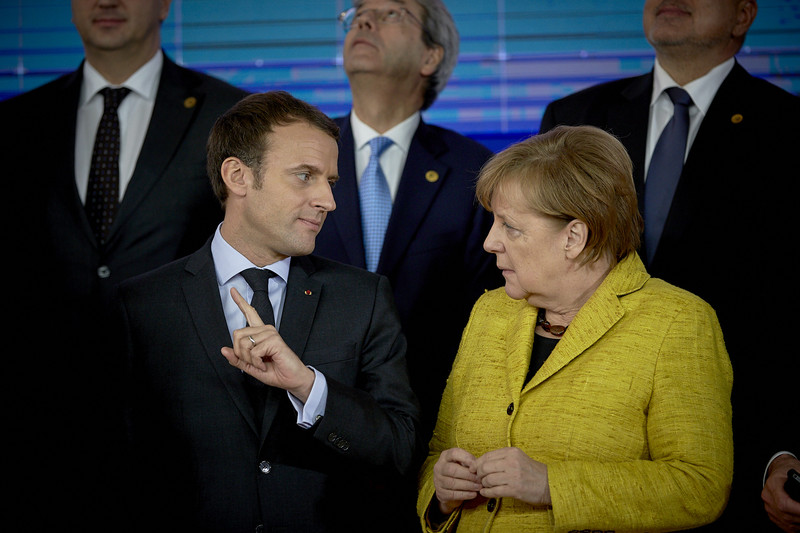 While France and Germany sign a new treaty highlighting the aspirations of President Macron and Germany’s Merkel, the prospect of a deepened cooperation by the core drivers of the Euro zone is highlighting the spanning of a variety of collaborative efforts within Europe.

The result is the emergence of what one analyst referred to as the European Unions.

In an article by Eszter Zalan in the EUObserver published on January 22, 2019, the Franco-German event and its triggering function were highlighted.

“74 years, a single human lifetime, after the end of the second world war, what seems self-evident is being called into question again,” German chancellor Angela Merkel warned at the ceremony.

“That’s why, first of all, there needs to be a new commitment toward our responsibility within the EU, a responsibility held by Germany and France,” she added.

French president Emmanuel Macron warned at the signing that those “who forget the value of Franco-German reconciliation are making themselves accomplices of the crimes of the past. Those who spread lies are hurting the same people they are pretending to defend, by seeking to repeat history.”

The treaty has been heavily-criticised by far-right opponents in both countries, and portrayed as betraying national sovereignty. Alexander Gauland, a co-chief of Germany’s far-right Alternative for Germany (AfD) party, claimed Paris and Berlin were seeking to create a “super EU” within the European Union.

The signing comes as the first member state leaves the EU – dismantling the fundamental belief that EU integration is to always progress forward, and as populist and nationalist parties are expected to surge in the European elections in May, transforming the European project from within….

With Merkel on her way out from the Berlin chancellery in 2021 – or even before – and Macron’s abysmal approval ratings, it remains to be seen whether the two leaders can revitalise European integration and inspire new faith in the European project….

But that comes as various other collaborative efforts are unfolding creating the prospect of “European Unions.”

The renewed alliance comes as Italy’s far-right interior minister Matteo Salvini made a trip to Warsaw recently to forge a coalition with Poland’s ruling nationalist Law and Justice party, calling it the Warsaw-Rome axis.

Austria’s chancellor Sebastian Kurz last year talked about “axis of the willing against illegal migration” between Italy, Germany and his own country.

The Visegrad group, made up of the Czech Republic, Slovakia, Hungary and Poland, have also been vocal on migration, while demanding a continued level of EU cohesion funding for their countries.

The New Hanseatic League of Denmark, Estonia, Finland, Ireland, Latvia, Lithuania, the Netherlands and Sweden, formed in 2018, is meanwhile uniting fiscally-conservative northern countries for a reform of the European monetary union.