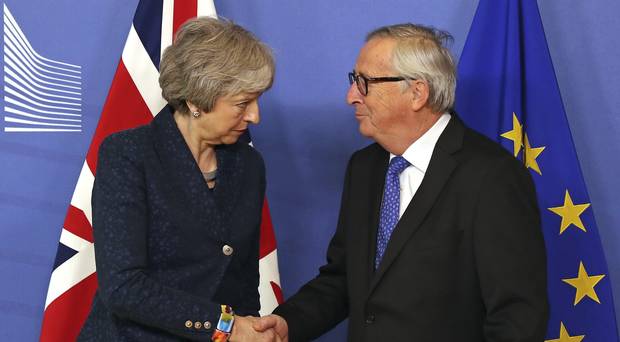 The of end of March deadline under UK invocation of Art. 50 of the EU Lisbon Treaty has been reached, but the British Prime Minister and her Parliament are still unable to agree on how to exit from the EU or even whether to exit.

The wording of Art. 50 does provide the possibility of extending the 2-year period of formulating agreement between the EU and an EU member state that wishes to exit the Union.

Two years ago we pointed out this possibility of extension, and observed that when the March 29, 2019 deadline came, both EU and UK would likely continue discussions of an agreement or a “crash” exit for the UK.

In recent years virtually every financial EU crisis has brought prolonged deliberations and agreement to “Kick the can down the road”, repeatedly postponing European government decisions.

The British Prime Minister is seeking a “short” extension, but behind the curtain key officials of the EU Commission would prefer a longish (one-year) extension to give UK politics and leadership time to sort themselves out.

Until recent days, UK-EU interactions over exit terms were dominated by officials of the EU Commission in Brussels.

Behind the curtain, Chancellor Merkel guided the Commission negotiating process without public visibility.

However, within Germany there is growing industrial concern that German business interests may be severely damaged in the event of a British “crash exit” without any agreed UK-EU deal.

Until recently, Merkel did not seem influenced by domestic German business and financial interests, but that disinterest now seems replaced with her political concerns for mitigating potential damage to the German economy.

Merkel’s personal power has been gradually diminishing as German politics is moving into a period of transition in national leadership and in the mix of parties in the German Parliament. Merkel’s CDU and its long-time partner, the CSU, have become separated. The Socialists have suffered large losses, and the AfD party has become a real political force on the right. For the near future, Berlin politically must work with a weak and potentially rebellious coalition.

While the rest of Europe still looks for German guidance, Berlin is increasingly divided in a gradual transition to some new, yet to materialize, political leadership coalition.

While there is public appearance that all EU member governments are unanimous in support of EU Commission negotiations with the UK, that unanimity is only a result of positons taken by foreign ministry diplomats representing member states in EU Commission proceedings.

If the UK were to go on the basis of a “no deal” exit, policy responses of the rest of the EU governments would emerge that reflect pains that might be felt on the EU member economies.

It is also evident that the EU is undergoing a slow-moving crisis in the political dynamics in most EU capitals.

In the background, little noticed in mainstream media, 16 of the EU member states are functioning without party parliamentary majorities.

Germany traditionally has the final word in the form of a French-German agreement of the two nation’s leaders. France’s Macron is suffering collapse in popularity, does not have a traditional party machine to help him execute leadership, and is facing violent populist resistance by the “Gilet Jaunes” movement in French cities.

Macron’s visions of “more Europe” (greater integration of EU nations into one system of governance) has been brought to a halt by resistance in many EU capitals, but the political resistance is surprisingly greatest in Berlin.

The ideas of a “European Army”, unified banking system, unified national taxation, etc. no longer have serious support, even though they remain in public speeches.

Italy’s oncoming recession and insolvencies of its banks are not the only other risks to EU unity.

Sub-groups are forming among the EU member states on immigration policy (Visegrad, Austria, and some Interior Ministries of other member states) and defense (Scandinavians together with UK, Netherland and Belgium).

The political cohesion of EU member capitals is fraying.

If a major financial market shock should occur in Europe, the ECB would have great difficulty in addressing likely dilation of Eurozone yield spreads among EU sovereign debt securities.

In the GFC, the ECB was propped up by bold swap lines provided by the US Federal Reserve.

In a “next” crisis it is not clear how the Fed would respond. Vice Chairman Clarida has said in European meetings that the American interest would be to provide liquidity backstop if the Eurozone financial system were to be in crisis once again.

On the other hand, there are many Republicans in the Trump Administration and Congress who would resist open ended financial support actions to help the EU financially.