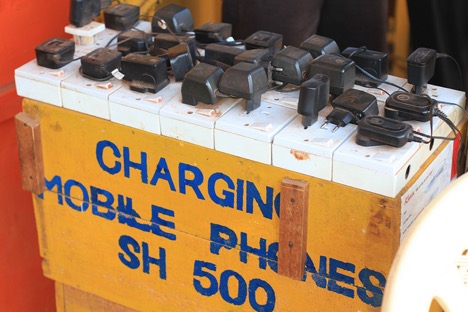 Speaking about his politically embattled company’s chances to build national 5G networks, Huawei founder and CEO Ren Zhengfei recently told the BBC, ‘If the lights go out in the West, the East will still shine. And if the North goes dark, there is still the South.’

He’s right. Unless something changes in the near future, Huawei is going to win the fight for 5G in the developing world.

It will win not on political strategy, or on diplomacy, or on bizarre public communications campaigns, but for the same reasons that Chinese companies have come to dominate so many other industries—because it can produce at huge scale for a cheaper price than its competitors.

Huawei isn’t just undercutting its competitors on price; it’s also a leader in the field in 5G research and is playing a central role in setting global standards for the technology. China invested early and deeply in 5G development, and is rapidly moving ahead of other nations in its domestic implementation of 5G networks.

Building 5G networks is extraordinarily expensive. 5G networks are significantly denser than their 3G and 4G predecessors and require the construction of a huge number of additional base stations, particularly in urban environments (because 5G operates at a higher frequency bandwidth which often cannot pass through obstacles such as buildings, for example). It will also require the rollout of massive multiple-input multiple-output (MIMO) antennas and a range of other changes to existing infrastructure, at a cost ranging from the billions to the hundreds of billions depending on the size of the network.

Price, not politics, will be the decisive factor for many nations when deciding which companies will be permitted to tender for their national 5G networks.

Huawei claims that its equipment is smaller, lighter and cheaper than its competitors’ and has 30% lower energy consumption, making it both easier to deploy and less expensive to maintain.

Even some of the wealthiest nations in the world, and the US’s closest allies, are clearly factoring cost into their decisions on whether to follow the US and Australia in banning Huawei from their 5G builds. Germany’s telco companies have been pressuring the German government, which is reportedly seeking a ‘no spy’ deal with China, to allow Huawei to participate in Germany’s national 5G networks.

Meanwhile, Huawei is trumpeting at least 30 5G contracts around the world, from Turkey to Iceland, and from Monaco to South Africa.

If nations as wealthy as Switzerland and Saudi Arabia are picking Huawei (and their bank accounts) in the face of US displeasure, we cannot realistically expect developing countries without such deep pockets to choose differently.

It’s important to avoid making the same mistakes that surrounded the ‘debt-trap diplomacy’ debate, which at times has taken on patronising, paternalistic undertones based on the barely veiled implication that developing nations somehow either don’t know or don’t understand that China’s loan largesse comes with strings attached.

It’s entirely possible, and rational, for governments in developing states to recognise the risks associated with Huawei, and decide that a 5G network which the Chinese government knows a little too much about is still preferable to no 5G network at all. If their budget allows for Huawei or nothing, then it will be Huawei, and no amount of huffing and puffing from the US and its allies will make a difference.

Exactly what action they should take is up for debate. Any option, whether it’s conditional development aid or boosting Huawei’s competitors, will inevitably come with drawbacks as well as benefits, including the risk of further splintering the global internet.

If the US and its allies, including Australia, are serious about trying to limit the global spread of Huawei’s 5G dominance, they need to move beyond simply telling other nations to say ‘No’ and find ways to promote affordable alternative options.

This article was first published by ASPI on March 8, 2019.