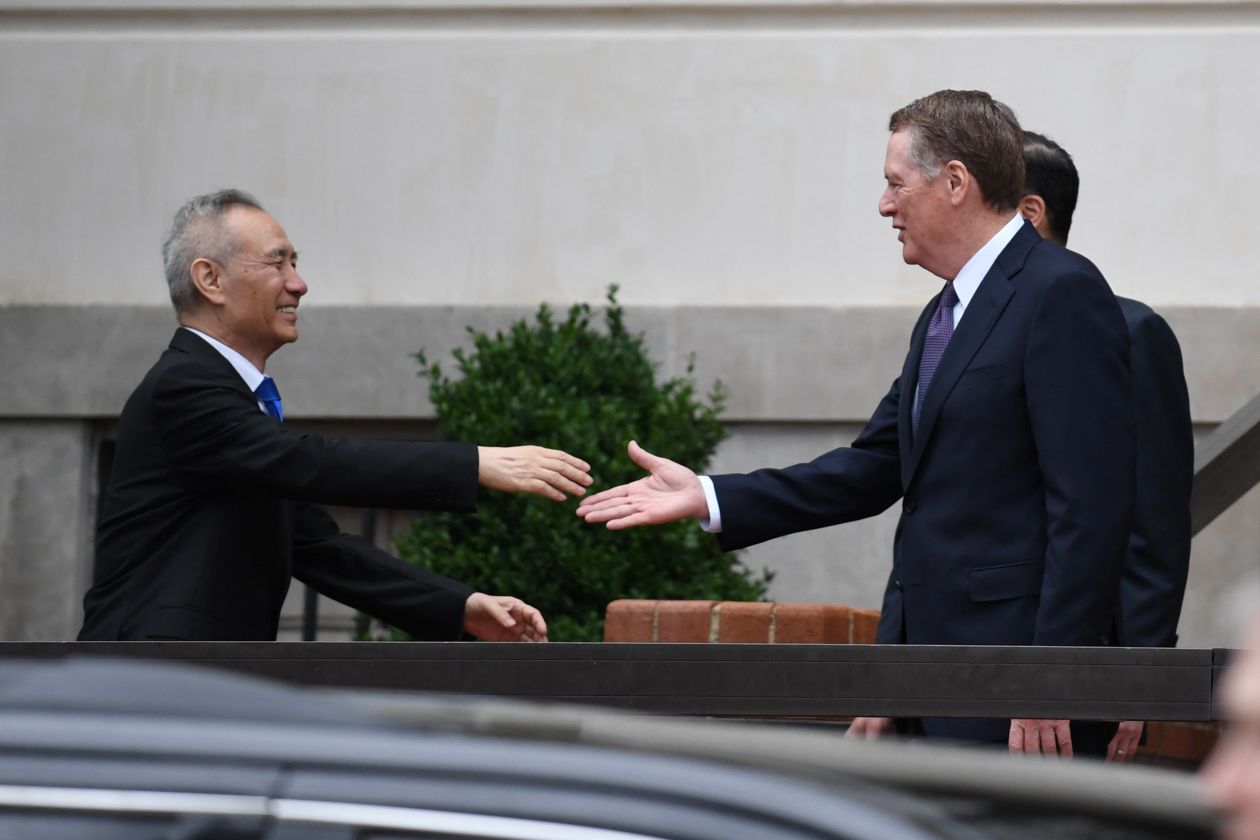 Although Chinese leader Xi Jinping and President Donald Trump continue to exchange warm letters of mutual respect and common interests, the US-China trade talks have stretched out for many months without an agreement.

Trump and his trade officials made hints of progress, although in recent days USTR Lighthizer said Chinese officials were reneging on previously agreed points.

President Trump personally has been aggressively threatening more tariffs, to be applied to all of China’s exports to the US, in his public appearances at US political gatherings.

In the midst of deep slowdown in economic activity inside China, public pressure is no doubt rising on Chairman Xi to refuse yielding to demands from Trump, and to shift to a less accommodating negotiating stance.

Both the leaders, for their own reasons, would like to make an agreement, but Trump’s bellicose speeches and Tweets may have turned Xi away from being seen as giving in to Trump’s demands, and instead adopt a stance of steadfast resistance to unilateral force applied inconsistently with the WTO system which was designed to prevent unilateral action by its members. This will create new challenges for smaller nations that are part of “Factory Asia,” forcing some of them to choose which of the two giants to which to align themselves.

The trade conflicts will impact on broader foreign policy issues as well.

China has, for example, kept Kim Jun Un restrained under China’s wish that North Korea stop being a provocation to the US.

Deterioration of Trump’s relations with KJU would not be surprising, since Washington has been aware that China has been holding KJU back since February last year.

China is quietly involved in what is happening in Venezuela, letting Russia take the visible public lead in defying Trump’s desire for regime change.

China could raise  visibility of its own presence in alignment with Putin.

In the first round of Chinese retaliation against Trump tariffs, the Chinese aimed at US agricultural exports, in order to influence members of Congress.

This time, it would seem possible that China would make threats against some US businesses that would be intended to cause disruption to the US stock market so worshipped by Trump.

On the US side, a long term US Government effort seems underway to disengage with China’s information and communications technology sectors.

This will likely result in Chinese pressures on its neighbors in “Factory Asia” to choose sides, generating recalibration of trade, investment and production relations with China.

This year US agriculture is also facing historic floods throughout the heartland of farming.

Last year’s crops were disrupted by the initial trade tariffs.

This year, planting season will soon be over and damage to farmers will be set by failure to restore production tailored to include the Chinese market.

In this case, it is likely some Republican Senators will be forced by their constituents to oppose Trump’s aggressive use of tariffs.

Solidity of Trump’s support in the Senate may begin to break down.

To enable agreement now, Trump would have to soften his rhetoric and demonstrate mutual sensitivities publicly.

Whether he can or would do this remains in doubt.

Editor’s Note: An article by Lingling Wei in Beijing and Vivian Salama, Michael C. Bender and Bob Davis in Washington published by The Wall Street Journal on May 13, 2019, provided a comprehensive look at the impasse in negotiations between China and the United States.

The article underscored a core point — whatever the substantive differences the underlying issue was as well a failure to figure out how to negotiate effectively.

So far, the trade talks have provided little evidence that the two nations have found a formula for how to negotiate successfully since Messrs. Trump and Xi met in Buenos Aires Dec. 1, which paved the way to Washington last week.

China didn’t immediately impose new strictures on U.S. businesses, as it has done when things weren’t going well in the past. Mr. Liu is expected to brief Mr. Xi on the discussions he had in Washington before Beijing decides on the next course of action, according to the officials familiar with the process….

Bridging the trade rift may ultimately depend on the personal chemistry between President Trump and President Xi and their willingness to push matters forward after months of negotiations that have been full of positive intentions but thwarted by miscalculations, accusations of backtracking and unfulfilled expectations.

Such an approach raises a larger question — even if President Trump agrees with the Chinese leader on a course of action, how will that translate into a policy process?

This failure of generating effective policy processes will clearly undermine what achievements the President believes he would like to leave behind as his legacy.

A roadblock is not a route towards the future.

The graphic is taken from the WSJ article.