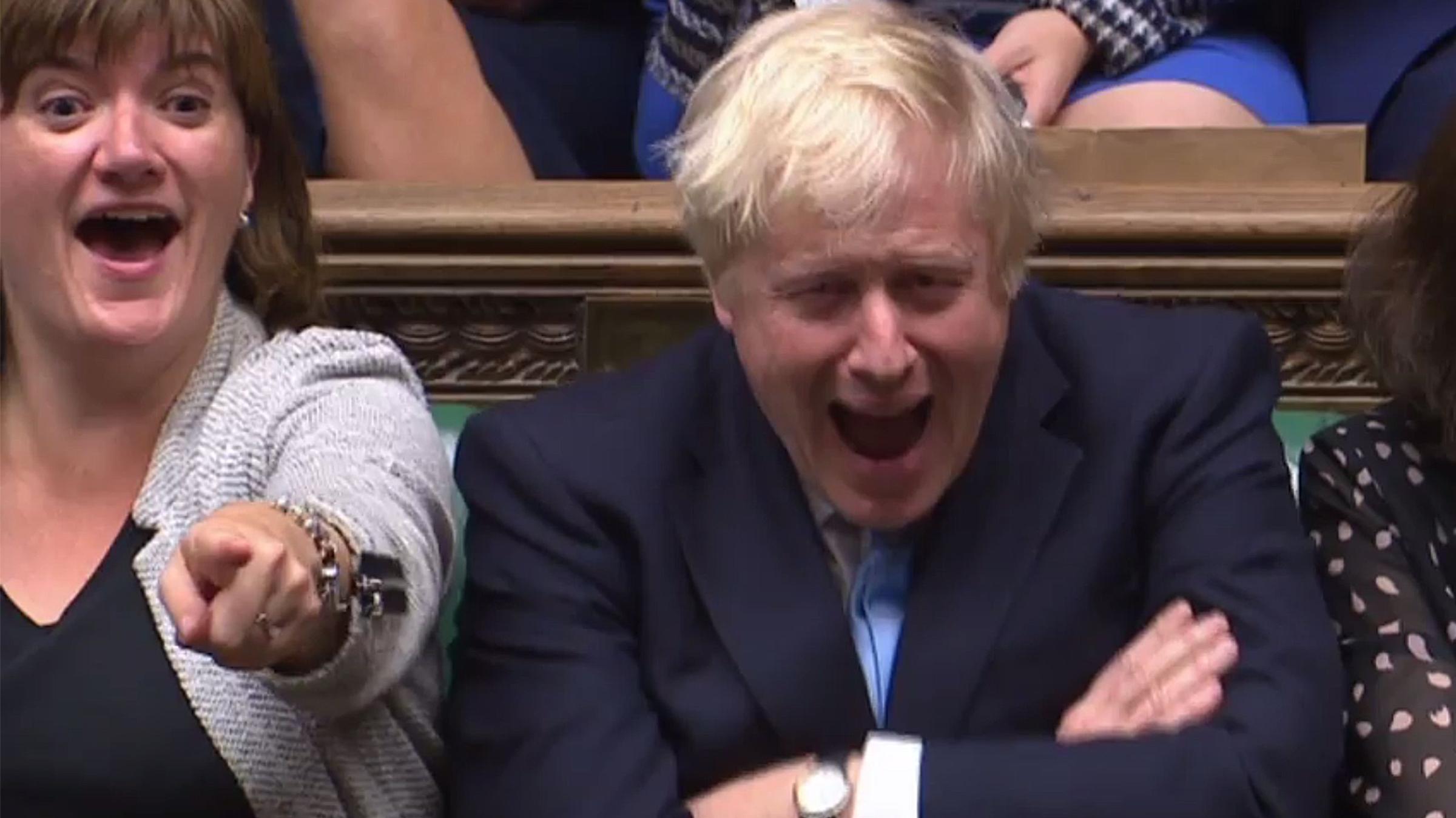 “Tis the season” and having watched last week’s turmoil in Westminster, we could not resist but compare the coming into power of Boris Johnson and his way of managing the Brexit deadlock to the hurricanes hitting our coasts at this time of the year.

After three years since the 2016 pro-Brexit poll, after 17 months of painful negotiations having given birth to a 585 page-document, after three rejections by the UK Parliament of any deal Theresa May tried to conclude, the European Union and most European nations are watching the turn of events taking place over the Channel a bit like sheltered populations do when waiting for a hurricane to occur : wondering about preparedness in case the worst happens, while being frustrated about the uncertainty surrounding the outcome.

Better No Deal Than A Bad Deal

Indeed the frustration in Brussels keeps increasing as the deadlock over the Irish question and the « Backstop » issue seems to go on, the same way the ranks of the Bobs (« Bored of Brexit ») are swelling on the UK side. A bit like a bad series on Netflix, which producers would not know how to end, most Brexit players are doomed to watch the bad saga of British domestic politics to try to have a clue about what’s next.

The one thing Boris Johnson and his « DUDE”– Deliver [on Brexit]– Unite, Defeat, Energize – partisans have in common with their opponents is that all wish to see a quick ending to a process that has been paralyzing the debate, complicating processes, blocking fundings and creating a climate of instability which only our foes can find suitable.

That could mean a « No Deal”solution, since so far the European position seems to be unchanged, i.e. London has to propose a realistic alternative to Backstop in order to re-negotiate. What is not clear is how long the process can last since on the one hand the European Commission’s Chief Negotiator, Michel Barnier, and on the other hand its newly-elected president, Ursula von der Leyen, seems to disagree on whether or not allowing for an extension of the Brexit process.

Such a difference of stance actually reflects each official’s respective countries – i.e. France and Germany – and can be in part explained by the difference in trade volume with the United Kingdom. What is indeed at stake for the European Union (EU) is above all (above the Euro, security or even common values) the sanctity of its founding Common Market and its four freedoms: people, capital, goods and services. What a majority of leaders in Europe have been fearing from the very beginning is a potential domino effect and what they seek in the final deal is the guarantee that Brexit will not set a precedent for more candidates to leave the now-27 member-Union.

It is in that context of uncertainty that the Old Continent and the UK try to do « business as usual », while at the same time preparing for the worst situation. To just mention one example of the upcoming headaches: there are five million trucks crossing the Franco-British border via the Channel tunnel every year. How can one control them all to implement new and differentiated tariff policies? French customs are getting ready by hiring hundreds of persons and organizing some kind of  “smart border”, but it might take a while to adjust.

Paradoxically, back to school in Brussels has brought many British Members of the European Parliament (obviously non-Brexiteers) to head key positions (e.g. Lucy Nethsinga as Chair for the Committee on Legal Affairs), but it is clear that the UK presence to EU meetings is shrinking every day, now limited to five key priorities: Brexit of course, sovereignty, international relations, security and finances.

Indeed security and defense could be anchoring to some extent the legacy of pre-Brexit modus operandiin that area for at least three reasons:

As far as how wide the channel rift will go, there are good and bad news in respect to defense and security matters, such as, on the one hand, the building of a European counter-mining capability with the UK, or, on the other hand, the non-participation of London in common maritime operations (Northwood is no longer the headquarter for EU NAVFOR, while the recent trilateral initiative to join forces in the straight of Ormuz seems to be abandoned) or a common European space policy.

The outlook is certainly a bit muddy and it is too early to draw a clear picture, but pragmatism and the need to keep building interoperability among allies should prevail to some degree (probably unfortunately depending more on the synchronicity of like-minded heads of state than on a determined political course of action).

In actual fact, in case of a “No Deal”, EU’s preparedness includes the establishment of a coordination and information call center for all 27 member-states, as well as a recent proposal to assist the latter economically by tapping into the European Union Solidarity Fund, a fund usually used for natural disaster-stricken victims.

The featured photo shows Boris Johnson and Nicky Morgan, the culture secretary, sharing a laugh during a speech by Jeremy Corbyn September 9, 2019.

An earlier version of this article was published by Breaking Defense on October 9, 2019.