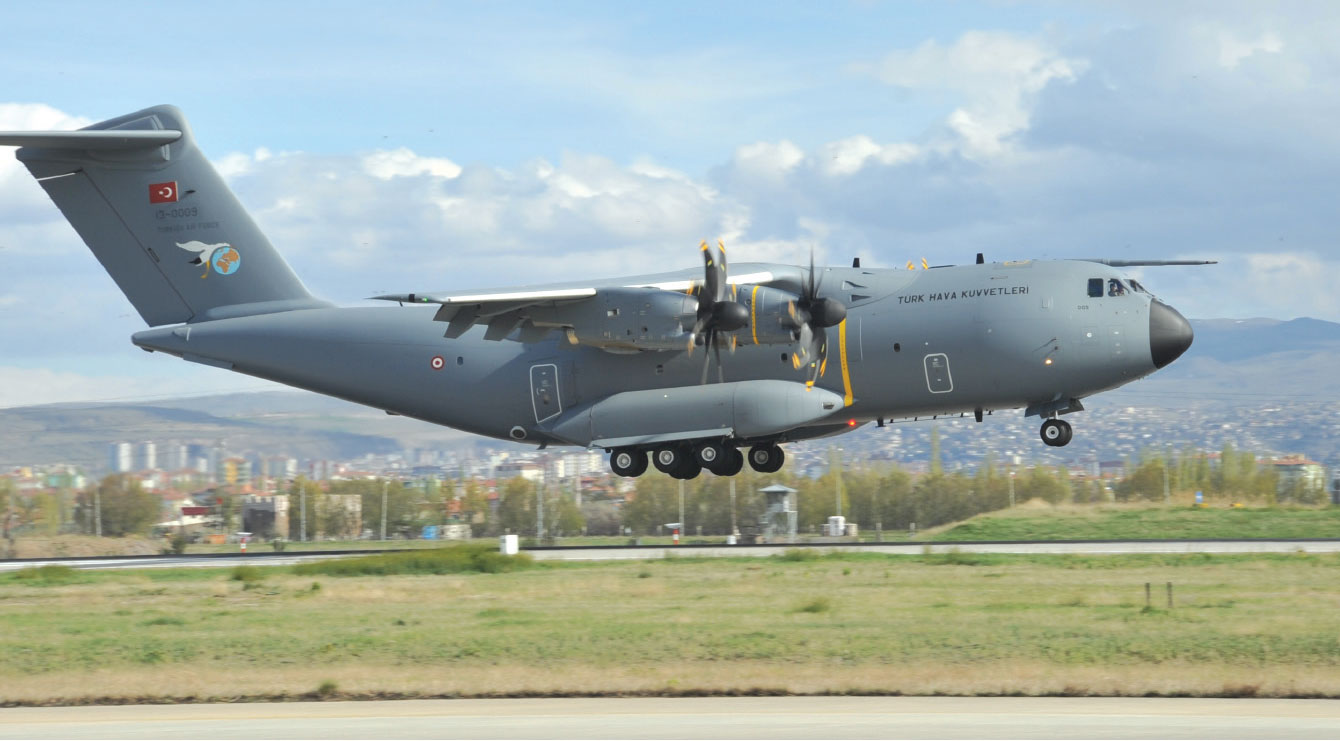 “Pending a cessation of this offensive, France has decided to suspend all planned exports of war material to Turkey which is likely to be employed as part of the offensive in Syria,” the French foreign and armed forces ministry said in a joint statement on the night of Oct. 12.

“This decision is effective immediately, ” the ministries said.

That sanction contrasts with a lack of French action against Saudi Arabia, which has admitted that Saudi officials last year killed a Saudi journalist, Jamal Kashoggi.

The spokeswoman for the armed forces ministry Oct. 17 declined comment on France adopting a partial embargo on Turkey while continuing to sell arms to Saudi Arabia.

A limited suspension raises questions over Airbus’s pledge to boost investment in Turkey.

Airbus signed an agreement to invest more than $5 billion in Turkey by 2030, with half that amount to be placed in 2020, said the Turkish transport and infrastructure minister, Cahit Turhan, Hurriyet Daily News reported Oct. 4.

“Every commercial and military Airbus aircraft flying today has parts produced by Turkish suppliers,{ Turhan said at a Turkish airbase, marking a ceremony for an upgrade of the A400M airlifter.

France has a relatively low volume of arms trade with Turkey over the last 10 years, while its business with Saudi Arabia has generated vast sales, an official report shows.

The report gave no details of the weapons sold.

The armed forces ministry was asked which arms were ordered in 2017, but details were not immediately available.

The value of French deals with Turkey is lower than €11.3 billion of arms sold to Saudi Arabia, €7.6 billion with Egypt, and €3.5 billion with the United Arab Emirates.

Other client nations include Brazil with €12.8 billion, Qatar with €11 billion, and India with €13.3 billion.

That partial suspension was seen more of a political rather than an economic measure.

France has cleared some €100 million of arms sale to Turkey, with export licences covering bombs, torpedoes, missiles and other explosive material, as well as other equipment including construction and armor protection.

The prime minister’s office had previously approved those sales, following recommendation from the CIEEMG interministerial committee for arms exports, and it remains to be seen whether the sanction will be applied.

Regarding Saudi Arabia, Paris has previously called on Berlin to end its embargo as a sanction for Saudi officials slaying Kashoggi. Germany replied by extending its arms ban.

German sales between 2013-17 accounted for 1.8 percent of Saudi arms purchases compared to 3.6 percent for France. The US racked up 61 percent of sales, by far the largest supplier.

Berlin and Paris have not seen eye to eye on sales to Turkey.

Germany vetoed a French proposal to pitch the Airbus Helicopters Tiger in a Turkish competition for attack helicopters. Ankara selected in 2007 the A129 Mangusta from Leonardo, an Italian firm.

The use of those tanks against Kurdish forces in Syria has stirred strong political opposition in Germany.

Airbus has delivered nine of the 10 A400M transport aircraft ordered by Turkey, with two of those shipped this year with the latest tactical standard. The last delivery is due in 2022.

The various European sanctions seek to target Turkish systems used against the Kurdish militia, leaving the question open on whether spares and service will continue to be delivered.

Thales has worked with its Turkish partner, Aselsan, on radar modernization, helmet mounted sights, and design of launchers for its lightweight multirole missile. The two partners signed in 2015 an agreement of development of the light missile.

France sold almost 20 years ago an Aviso A69 corvette to the Turkish navy.

In the 1990s, France sold some 515 turrets with 25mm canon for the Turkish ACV-300  combat vehicle, in a deal for local assembly under licence to Nexter, a defense specialist said. Nurol worked on the the turret, Texas Instruments supplied the stabilized thermal gun sight, and MKE built the canon. FNSS built the vehicle, an upgraded M113 vehicle.

Turkey has a high level of industrial capability and much reduced reliance on imports, the specialist said. The Eurosam joint venture has pulled out since Ankara opted for the Russian S-400 surface-to-air missile.

The UK has also suspended arms export licences to Turkey. London has some supplied £1.1 billion of weapons to Ankara since 2014, daily The Guardian reported Oct. 15.

In 2017, the UK signed an agreement with Turkey to work together on a new fighter jet, with BAE Systems teamed as partner. Turkey unveiled a model of its planned fighter, TF-X, at the Paris air show in June.

Member states of the European Union agreed Oct. 14 to limit arms sales to Turkey, pulling short of a full embargo as that nation is a NATO ally. That sanction prompted an angry response from Ankara.

“We will seriously review our cooperation with the EU on certain areas due to its unlawful and biased attitude,” Turkey’s foreign ministry said in a statement, Reuters reported Oct.14.

Turkey has taken steps to ensure the arms sanctions will not hurt the country.

The Turkish strike against Kurdish forces followed president Donald Trump’s surprise announcement of pulling US troops out of Syria, effectively ending Western coalition support for the Kurdish units which had fought against the IS forces.

See the following with regard to the European Union and the Turkish-Syrian intervention:

And lest you were wondering whether Turkey and de facto Russia are blackmailing Europe via using the refugees, this comment provides a clear answer:

It is clear from visits to Turkey as well as ongoing discussions with a number of Turkish critics of the Administration, that Erdogan has prioritized indigenous arms production, less in terms of giving a professional military the best equipment they might have.

Rather, he is focused on how as an authoritarian leader he has a tool set which he can control for his policy initiatives without outside interference.