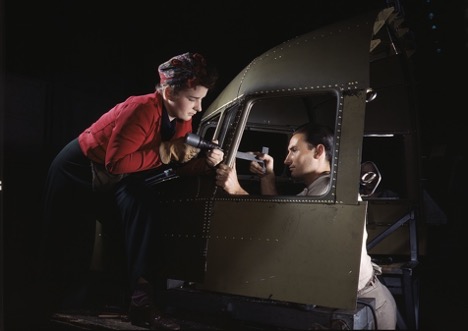 Lots of commentary—in fact, most—right now about America in the world is simplistic, binary and trapped in the moment.

Not that the US isn’t in crisis right now.

Like the rest of us, it’s in the middle of a global pandemic, but it also has the awful distinction of being the current global Covid-19 epicentre.

And Washington’s response has been confused and late. President Donald Trump has made the fatal error Prime Minister Scott Morrison made during our bushfire crisis but learned from and avoided this time: failing to see an emerging national crisis and seeking to shift blame and responsibility onto state jurisdictions.

So, the US hasn’t experienced a ‘national cabinet’ moment like Australia did, where the international and national health, economic and social crisis brought our levels of government together.

In the US, Covid-19 has done the opposite.

The federal government’s incoherence has abdicated authority to strong governors and empowered state, county and municipal jurisdictions. It was California’s Gavin Newsom who led US policy when on 20 March he put a ‘stay at home’ order in place, covering California’s 40 million residents. New York’s Governor Andrew Cuomo has been crystal clear about the threat New York faces from the virus, the decisions required of him and the reasons for them.

Here at home, Morrison has been empowered by the pandemic.

He has also benefited from coming together with state and territory leaders who have enabled earlier, more decisive action than his own measured instincts might have allowed.

In contrast, Trump is being disempowered by his own words, actions and inaction, with state leaders like Cuomo and Newsom growing in stature.

If US history is any guide, one or more future presidential careers are being made now by governors.

But it’s wrong to focus too much on the tragedy playing out federally and in the White House.

Analysis of America and its future that puts too much weight on the federal government may be colourful, but it will also be plain wrong.

The US’s strength has never really come from Washington.

Instead, it has always been a product of education and private-sector innovation, science, research, entrepreneurship and industry. At times, that activity has been leavened—even driven in the case of military innovation—by taxpayer money.

But it’s really been about healthy experimentation and diversity across America’s vibrant people and its enormous, fertile landscape, centred on private industry and in states and even cities.

So, the federal government’s success or failure during this crisis phase of the pandemic in America is not the measure of the country or its future.

Returning to what history can tell us, the US has emerged energised and innovative from major crises—whether self-inflicted or global.

After its war of independence in the late 1700s, America made massive development strides in the early phase of the industrial revolution, including building railways. When the introspective and self-destructive civil war ended in 1865, the US entered its ‘gilded age’. Industrial expansion bloomed, with scattered railways morphing into reliable, fast national networks combining with rapid telegraph communications and electrification of towns and industries.

After the global exhaustion of World War I and a price and wages collapse as its war production boom ended, the US experienced a further period of intense creativity, ended for it and the world by the Great Depression.

And, in the period following World War II, the US went through further technological and economic reinvention, as well as reaching out and building the defining global institutions that have been in place for the past 70 years.

Since then, US creativity and leadership, along with that of its global partners, has reshaped the world’s economy several times, through industrialisation, globalisation and, since the 1970s, waves of ICT-led and broader technological innovation and change.

There’s a dark side to US reactions to crises, too, of course.

The US after the shock of 9/11 demonstrated a ruthless and relentless use of power in ways that, in retrospect, damaged its own power and dissipated energies that seem desperately needed now.

However, even that darker example proves the point.

Trump’s inability to reinvent his style of governing, even during the crucible of crisis, is damaging America, its people and its influence in the world.

The larger lesson, though, is that crisis releases enormous intellectual, innovative and creative flourishing in America, and reveals potential that the pre-crisis era did not.

The time beyond this current pandemic will reveal once again the energies and powers that drive America—and Americans. It’s likely to be a ‘Morning in America’ moment.

It is critical that America’s close friends and partners work with the US now and as we each plan for our futures.

For Australia, that means connecting at the highest levels of leadership and national government, at state-to-state level, in business-to-business partnerships and in the dense web of institutional and friendship relationships we have between us.

Doing so will mean we can look forward to a time when we will all once again be glad for the incredible dynamism and energy of our American friends as we engage with them to remake the post-Covid world.