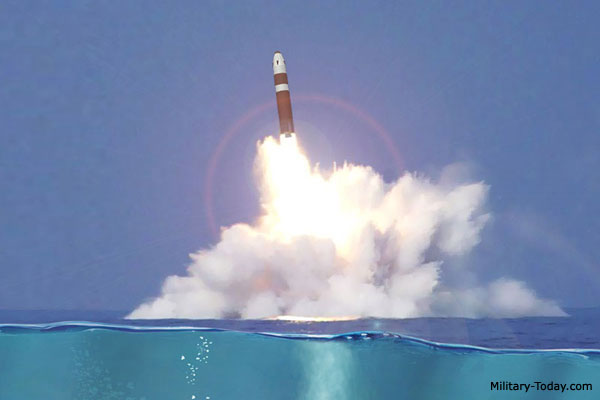 A revisionist state is a state that is always trying to change the status quo either in the region or globally.

Revisionist states will leverage any force projection capability to deflect international pressures applied on them designed to stop their revisionist behavior.

China is a revisionist state.

China has adopted has adopted an offensive approach to counter global “rules based order.”

China’s behavior in the Covid-19 pandemic crisis is designed as well to support its global revisionism policy.

And the Chinese leaders are clearly leveraging military capabilities as well to support this policy.

For example, China test-fired in November 2019, its 12000kms range JL-3 submarine launched ballistic missile (SLBM) that is capable of reaching the United States with greater accuracy.

The missile is capable of crossing over Pacific Ocean and cause damage to cities like San Francisco in the United States.

The missile underwent its second test in December 2019 again.

It must be noted that China has successfully conducted underwater testing of the missile system that further strengthens its deterrent value.

The intercontinental range SLBM is nuclear capable that is further worrying.

The reason for worrying is that revisionist states when faced with international pressures can tend to act irrationally.

There has been growing global criticism of China’s key role in both generating and then not informing the world of COVID-19.

There is growing support as well for Taiwan’s membership into the World Health Organisation (WHO) and also countries like the United States and United Kingdom are also supporting Hong Kong’s cause.

Many countries are also demanding a probe on the origin and cause of the corona virus.

China being a revisionist state clearly has an interest is ramping up the military threat envelope and using that threat in turn to better control its citizens.

The mere deployment of the JL-3 missiles when operationally ready would also send a message to the United States about not to meddle with China’s foreign and domestic policies and also not to intervene in China’s territorial matters in Hong Kong and Taiwan and also the South China Sea.

Continuous testing of the JL-3 once in November and then in December 2019, were ways of ensuring and testing the missile’s operational capability so that should there be any limitations in technical aspects, the corrections could be made.

Missiles are periodically tested to ensure their deterrent and combat capability once deployed.

Both these missiles are capable of being MIRV-ed, that is multiple independently targetable re-entry vehicles can be fitted with the missiles thereby helping them evade missile defence system.

The United States at this point of time is dealing with its pandemic, however, the government will need to keep its ‘defence by denial’ mechanisms in place.

Its National Missile Defence (NMD) needs to be alert at the moment with sensors, interceptors, command and control mechanisms as well as its tracking systems ready for defence.

Its offensive force posturing needs to send out a clear message to China regarding the US intentions of not letting go any nuclear bullying or nuclear attack or even conventional attack against the United States that would be met with proportionate or even greater response.

The photo is credited to the following source: