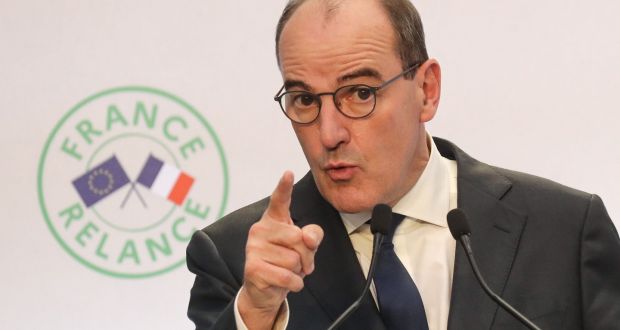 Paris – France unveiled Sept. 3 its two-year €100 billion ($118 billion) recovery plan in a bid to rescue its economy from a slowdown inflicted by the pandemic, with the arms industry absent from that emergency financial aid.

That lack of government support came despite a lobbying drive from the defense sector, which looked for early orders of weapon systems to prop up balance sheets.

The corporate fall back position now lay in hopes the administration will observe the  spending increase scheduled under the 2019-25 military budget law, but political uncertainty was seen as undermining that, with a general election to be held in 2022.

Prime Minister Jean Castex announced some 70 measures aimed at revitalizing the economy, with €34 billion of aid to the corporate sector – including €10 billion of tax cuts, €30 billion of support for environmentally friendly projects, and €36 billion to boost the labor market.

The recovery plan is expected to create 160,000 jobs next year, Castex said on RTL radio.

France, in response to the 2008 financial crisis, brought forward arms orders worth some €2.4 billion, including a third Mistral helicopter carrier and the VBCI infantry fighting vehicle.

Meanwhile, the Euronaval trade show for maritime systems is due to go ahead as planned, Oct. 20-23, said a spokesman for GICAN, a naval trade association.

An absence of the arms industry from the national recovery plan pointed up the importance of the government observing the planned spending increase of €1.7 billion in 2021, an industry executive said.

However, there was little prospect the government would observe the planned €3.2 billion increase in the 2022 defense budget, the executive said.

Government spending would switch to the civil sector under the recovery plan.

There was also a planned general election in 2022, when a new parliament and president will enter office. That cast doubt on military spending plans, after a planned review in 2021.

There was public lobbying by the arms industry with press articles calling for financial support, but there was a lack of direct contact when it came to private presentations to the finance ministry, where the spending decisions were made, the executive said. Civil industry, such as car and aerospace sectors, were represented directly.

The military sector is due to receive €600 million of early orders as part of €15 billion financial aid for the aerospace industry, which included €7 billion of support for Air France, the flag carrier airline.

The defense ministry made an attempt to put a positive view on the recovery plan.

Defense companies could make pitches in government tenders for projects under the recovery plan, an advisor in the private office of the armed forces minister told reporters. Contracts could be drawn up quickly, such as the €200 million order for three Airbus A330 airliners for the air force.

The order for the three A330s was signed Aug. 25, three months after the announcement on June 9, as part of the aerospace industry support plan. That signing was seen as fast. The airliners will fly troops and cargo, and will later be converted into the multirole tanker and transport military version.

The multiyear military budget law, worth €110 billion over five years, could be seen as a “relaunch plan” for the defense industry, and arms companies qualified for the €10 billion of tax relief, the advisor said. Those tax cuts would lower production cost and bring prices down, which would be a “counter party” effect of the tax cuts.

The Direction Générale de l’Armement procurement office set up a task force in a bid to support the defense industrial and technology base, DGA official Vincent Imbert told reporters. The DGA set up in March a special unit aimed at supporting small and medium companies, of which 92 firms had fallen on hard times. The DGA reassured banks those distressed firms were due to receive government orders and should be supported with loans.

A July 21 report from the defense committee of the lower house National Assembly  pointed up the importance of the recovery plan for the arms industry, effectively setting out a wish list for early orders, such as the next batch of Rafale fighter jet, a new generation aircraft carrier, and light warships.

That detailed parliamentary call for financial aid seems to have fallen by the wayside.

Orders for armored vehicles and more remote controlled machine gun turrets in the Scorpion modernization program, and new trucks were among other measures in that report, drafted by parliamentarians Benjamin Griveaux and Jean-Louis Thiériot.

The emergency “flash” parliamentary report called for full spending of the military budget law based on the scheduled amounts rather than as percentage of gross domestic product, and speeded up orders to equip the forces as planned by 2030.

Naval Group, the prime contractor, called for an ambitious program of nuclear powered carriers, to maintain its capability in nuclear engines, the report said. That know-how was essential for servicing and renewing nuclear attack and nuclear ballistic missile submarines.

The air force called for a faster delivery of the Rafale, with an extra tranche of some 20 units, with a fleet of 185 fighter jets by 2032 instead of 2035, the report said. The navy needed some 10 more Rafale jets as the present 40-strong fleet air arm was too small to meet operational needs and maintain its pool of pilots.

The Dassault executive chairman lacked optimism on export prospects needed to fill a production gap seen in 2024-27, the report said. India was focused on dealing with the pandemic and receiving their first Rafale in July.

The DGA saw export prospects, some uncertain, of the Rafale by 2022. These comprised:

– secondhand Rafale to Croatia, which would lead to replacement orders for the French air force

– Switzerland, due to vote this month on the principle of an order for fighter jets

– and Egypt and India exercising options for further Rafale.

The supply chain for the Rafale is in difficulty, particularly three small and medium companies: Elvia PCB, Realmeca, and Novatech, the report said.

Under the recovery plan, the DGA considered placing an extra order of Rafale, bringing forward to 2030 a total fleet of 225 units, with 185 for the air force and 40 for the navy, the report said.

The DGA considered that an early order for the fifth tranche would be too costly, the technology too advanced to be mixed with the present fourth tranche, and it was unclear Dassault could build the fifth tranche as soon as 2025, the report said. Export versions of the Rafale could lead to deliveries of an enhanced fourth tranche to the air force, with the DGA estimating a French order of 18 of the 4T+ version worth €2 billion.

For the Army and Navy

The recovery plan offered the possibility of turning options for more than 1,100 armored vehicles in the army’s Scorpion program into orders by 2025, with a payment of 10 percent downpayment, the report said.

A speeded up replacement of the GBC 180 truck with 2,800 civil standard vehicles would help Renault Trucks, the report said.

Some 75 percent of the Griffon multirole troop transport should be armed with a remote controlled gun turret instead of half the fleet, and deliveries of new armored vehicles should be speeded up, the report said.

For the navy, there was a call for faster delivery of smaller rather than large warships, the report said. There was also request for speedier shipment of a future anti-mine warfare system, with six mother ships and eight undersea drones.

There was call for a faster program launch for a navy SDM airborne drone, the report said. Other requests included patrol boats for overseas and domestic deployment, and an order for 12 maritime surveillance aircraft, rather than the seven ordered, with the rest on option.

There were also requests for patrol ships for the paramilitary gendarme force and extension of the fleet of BSAM offshore support and assistance vessel built by Piriou.

A lock down due to Covid 19 led to suspension of some of the production of munitions, pointing up the limits to a 25-year old policy of tight management of stock, the report said. That policy made it hard to conduct high intensity conflict over a long  time, with reliance on complex weapons such as missiles, torpedoes, some bombs and shells.

A change of procurement policy was needed, the report said.

Finance was needed for a planned MHT missile to arm the future Mk III version of the Franco-German Tiger attack helicopter, the report said. Germany opted to forego a cooperative missile program, which left the option of buying a US weapon.

The MBDA executive chairman argued strongly against a purchase of a US missile, as that went against the need to “relaunch our economy” and promote local industry, the report said.

There was also need for a replacement, even on a temporary basis, of the Crotale NG surface-to-air missile. A “gap filler” option would be French orders of a vertical launch version of the Mica missile, sold in export markets.

France is in recession, with the gross domestic product falling 13.8 percent in the second quarter and an 11 percent drop in GDP forecast for 2020.

Germany announced in July a €130 billion plan to stimulate the economy, weakened by the coronavirus.