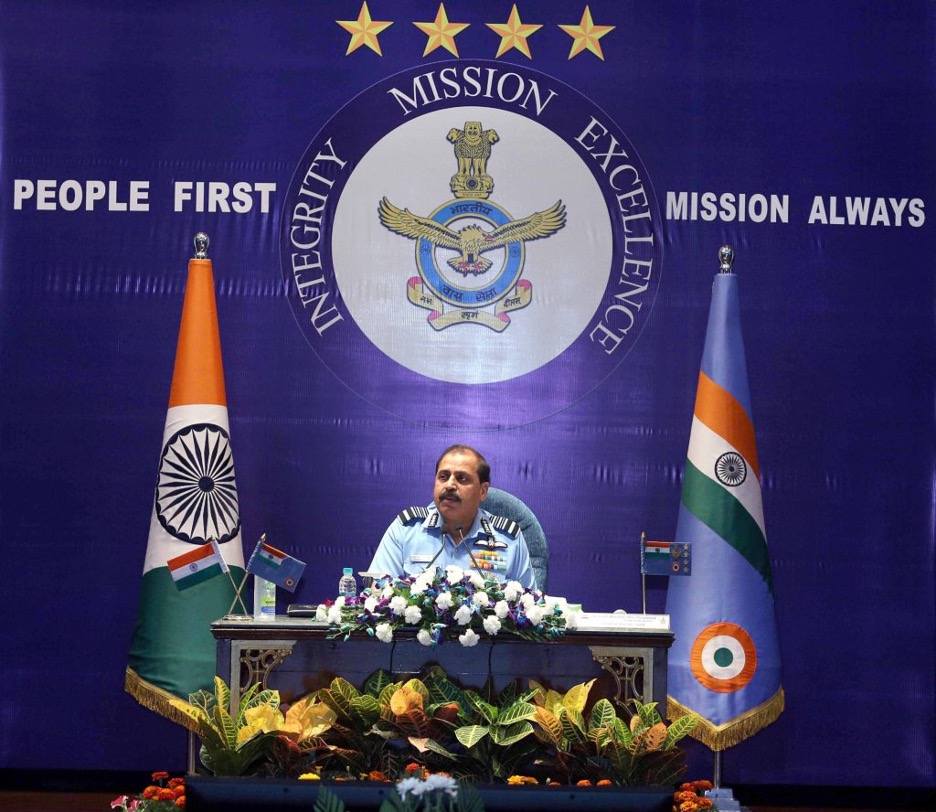 New Delhi. The Indian Air Force (IAF) is “well-positioned” to take on China in the event of a conflict in Ladakh, where tensions have been running high since May following the incursion of PLA troops in the area, the Chief of Air Staff, Air Chief Marshal R.K.S. Bhadauria, said on October 5, adding it was prepared for any kind of situation in which a conflict might erupt.

“We are very well-positioned. There is no question that in case of any conflict, China can get the better of us,” he told newsmen ahead of the 88th anniversary parade of the IAF on October 8.

“There is no doubt of our capability and intent,” he said, adding: “We are prepared for any conflict and any kind of situation…the focus is always on preparedness.”

During the press conference, he spoke on a wide range of issues, including the benefits that had accrued from the induction of women across the board, including in the fighter stream, and the fact that the IAF now had the highest airlift capability in the region with its C-17, C-130J Super Hercules and Il-76 aircraft.

He also spoke of the proactive steps IAF has been taking to protect its networks from cyber threats.

A short film screened on the occasion laid emphasis on how the IAF was increasingly relying on indigenous home-grown technology with its professionally highly-motivated manpower.

“Over the years, we have evolved from a tactical force to a strategic one. We are ready to handle any contingency,” he said, adding: “We have developed a robust capability to fight across the entire spectrum of warfare…Our vision is to continue to scale up our combat capabilities and credibility as a force to reckon with through modernisation and operational training and substantially increase indigenous equipment.

“Our deployment of assets in the north is indicative of our operational capability today. We have supported the Indian Army in the rapid mobilisation of troops and equipment to the operational areas to face an adversary in strength. Combined with the capabilities of our current fighter fleet, it gives us the capability to strike even harder,” he asserted.

“Not only Ladakh; Ladakh is a small area and that’s a very small portion of our deployment…we have deployed to all relevant and required areas…I can’t go into details but be rest assured that we have deployed for any contingency.

At the same time, he indicated that it could be a long haul ahead in Ladakh.

“Talks on disengagement are on and we do hope the talks will progress along the lines expected. The current progress is slow…what we see is an effort to prepare for the winter, with the requirement of the forces on the ground…so it is largely dependant on how the talks progress. The whole focus is currently on the talks and we hope they will move in the right direction. Our further action will depend on the ground realities,” he said.

Noting that “substantial measures are underway to increase capabilities against the adversaries in the coming years”, Air Chief Marshal Bhadauria said: “We have operationalised newly-inducted assets and integrated them with the existing capabilities in record time.”

“In the next three years we will see the LCA (indigenous Light Combat Aircraft) operating at full strength (of 83 aircraft) along with SU-30s and MiG-29s that are being added to the current fleet along with sufficient upgrades of Jaguars and Mirage 2000 that will add substantially not only to the operational capability of the fleet itself but to our overall capability,” he said.

“Modernisation is a continuous process to increase operational capability…with the induction of state-of-the-art modern equipment as well as simultaneously upgrading existing systems” in line with the Atamnirbhar Bharat (Self-reliant India) initiative of Prime Minister Narendra Modi, he said.

Asked if there would be a follow-on order for the omni-role Rafale combat aircraft, 36 of which have been ordered from France of which five were inducted in the IAF on September 10, he said if at all that were to be happen, it would be a prolonged process.

“Five are already here; in October or November, will get three or four more…this will be a regular affair, every few months or two to three months, depending on the situation, we will get two to three aircraft.

“At the moment, the concentration is on the LCA, then the MRCA (Multirole Combat Aircraft, 114 of which are envisaged) and then, more Rafales or MRCAs. This entire project is under discussion and, as and when the picture becomes clear, we will move forward,” the IAF chief said.

Asked whether this would translate into 40 squadrons by the end of the decade, he felt a more realistic figure would be 37 squadrons.

“Overall, I would say we are going in the right direction and will continue to be counted among the top air forces in the times to come,” he said.

He also said the IAF had “benefited tremendously with the induction of women officers….across the board. Women officers have been accepted for permanent commissions and are leaders in their various fields, in combat and combat-support roles. Whatever roles there are – fighters, helicopters, transports – they are already inducted”.

This article was published by India Strategic on October 5, 2020.