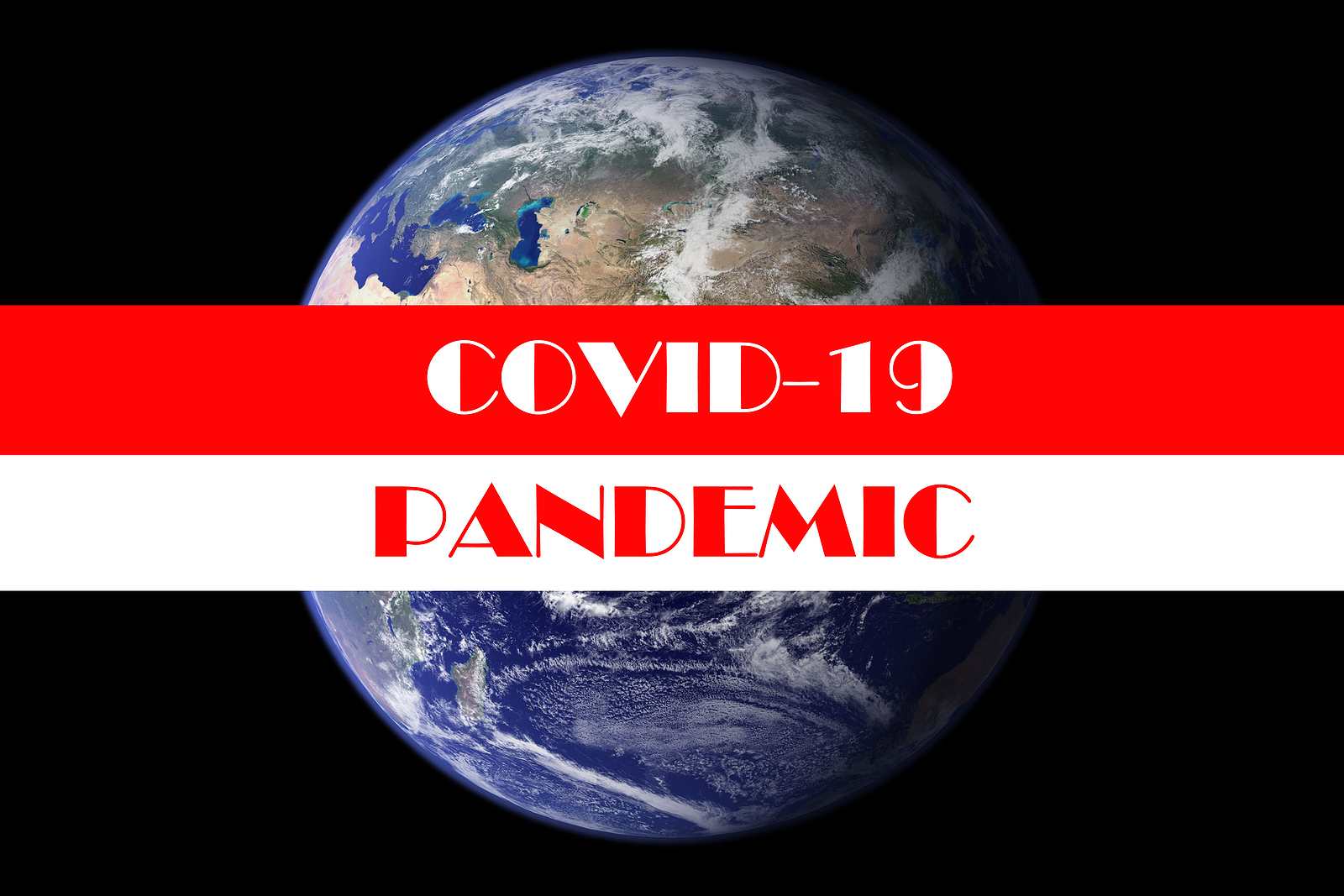 The negative fruits of globalization were clearly demonstrated in 2020.

The Wuhan virus spread from China to the rest of the world.

This is certainly not the first time, that disease has spread globally, but after years of believing in the positive fruits of globalization, the COVID-19 effect was globe gripping.

Clearly demonstrated was a wide diversity of responses to the virus and how to handle it within the liberal democracies. Within the United States, the federal system was characterized by 50 responses to the crisis. With Trump as President, the Cable Narrative Network and others shaped a drumbeat of criticism of the President, and the newly elected President Biden promised a “dark winter” with the promise of “building back better,” whatever that meant.

Shortly after the COVID-19 global sweep was accelerating, I got a note from a young researcher simply asking whether we had ever seen something like this in history before. Leaving aside my answer, this question did pose one of the challenges: after decades of relatively prosperity aided by a certain kind of globalization, that period of history is clearly over.

Will there be a re-set of globalization?

Will there be a broad liberal democratic response to the generator of the Wuhan virus?

Will the fragmentation within the liberal democracies accelerate, attenuate or be reversed in response to the events of 2020?

Certainly, a key challenge facing liberal democracies will be the question of the way ahead with the economy and holding together the social spending accounts which are part of the bargains which these societies have forged to bring a measure of social peace. It is very hard to see how the significant borrowing done this year is going to be managed easily in the next few years, and how tax and spending policies will be brought into sink in effective ways.

The digital economy was highlighted in a year where social distancing and the lockdown of businesses prevailed in many countries. Because the food and transportation networks functioned reasonably well within the COVID-19 lockdown economic suppressions, and recessions, the digital systems could allow for demand to be shifted to the virtual world

Added to this was the extensive use of systems like Skype, Zoom, Microsoft Meeting and other systems to connect people for personal and business meeting. The strengths and significant weakness of these forms of communication were highlighted for sure. Certainly, the elimination of a significant human in person interactivity highlighted how important this is for creativity and innovation within institutions.

And the demonstrated threats from cyber criminals and states using hacking as a political tool, notably the Russians and Chinese, put the digital economy and globalization into parentheses as well..

Certainly, global institutions and multi-literalism faced a trial by fire, and came up wanting. National responses to COVID-19 were the norm; any cooperation came on top of that, not the other way around.

One question for the post-COVID-19 world clearly is how such institutions will adapt and what kind of multilateralism emerges and works. For the pose for the photo international conferences are really beside the point. Perhaps targeted multilateralism – that is focused on a core challenge and working with the coalition of the willing on a particular challenge, subject or task – will become the replacement for photo focused global meetings.

There is also the question of the dynamics of change prior to COVID-19 becoming more significant in the period ahead, such as the role of small business, the role of the digital economy, how the export machines will function in a disrupted globalized world, and how an enhanced focus on national resilience will play out in terms of how political systems will manage these efforts.

The stresses within the liberal democracies have been highlighted by the press, the social media and the political processes.  Less evident have been the stresses and strains within the 21st century authoritarian states. Turkey, Russia North Korea and China could all potentially face such challenges. Sycophantic courts always produce enemies within in the course of time and with the broad scale of challenge generated in 2020, rivals to leaders ar provided new opportunities for regime change.

Will the disruption of the global trade system so beneficial to the Chinese lead to significant tensions domestically?

Will the authoritarian regimes in Russia, Turkey and China manage those tensions and shape a way ahead globally?

What is certainly clear from history, that years that disrupt – 1929 for example – create the conditions for fundamental change. My sense is that 2020 is such a year. 2014 started a process of profound change where Putin made it clear to whomever would grasp it that the post-Cold War transition dominated by the liberal democracies was over. With 2020, we see the end of globalization as we have known it.

And as we face the coming of 2021, 2020 has delivered a number of story lines which are suggestive of the future.

The first is the political and economic and military challenge of China.

As Ross Babbage has put it: “The Chinese Communist Party (CCP) is using a vast arsenal to coerce Australian governments to cede key parts of our political independence. Trade pressure is just part of a larger offensive.” How will the liberal democratic allies of Australia work with Australia to deal with this challenge which is hardly limited to Australia.

The second is the signing at the last minute of a Brexit deal.

Now Britain will return to a more traditional role within Europe which is engaging in the dynamics within the continent shaping allies and partners and maneuvering against adversaries.

But the British and European economies are closely intertwined and how those economic dynamics work out will have a major impact on Chinese and Russian abilities, for both have significant domestic stakes now within the continent, on how effective these authoritarian powers are in affecting the nature of European politics, cooperation and conflict.

The third is the conflict within the European Union itself.

The COVID-19 dynamics certainly revealed national solution sets, and a significant drawback from the free movement of “Europeans” throughout the European community. The conflict over “European values” is a significant one as it underscores the historical differences between parts of “Old” and “New Europe.”

And while battling the American firms Google and Facebook, to mention two, Germany is embracing Chinese entry into their telecom systems. All of this adds up to a dynamic, fluid and potentially explosive mix within Europe itself.

The fourth is the impact of the Trump interregnum between Obama 2 and 3 or the Biden Administration.

The United States is in the throes of significant conflict over values and economics, and the COVID-19 year has certainly highlighted that those conflicts are not simply defined by the T word. With the decline of the “mainstream media” into mutations such as the “Cable Narrative Network,” or “Fox and Friends,” the conflict will not be aided in any significant way by even the appearance of analytical honesty as these conflicts play out.

We are lacking intellectual ecosystems which inhibit possibilities of sensible dialogue, any acceptance of the facts, and any serious analysis and assessment of the multiple risks and challenge which face the post-COVID world 2021.

And with regard to Trump and his Administration, the world inherited in 2016 as hardly the “peaceful world painted by former Secretary of State Kerry in his presentation to the Democratic Party’s “virtual” Presidential nominating convention.

With a number of “leading” universities posing the possibility of excluding former Trump Administration officials from having the opportunity to address those academic communities, we will need to look for intellectual leadership outside of pure partisanship elsewhere.

There is as well the amazing crowd behavior of many of the foreign policy experts simply mis-characterizing the Trump years as simply undercutting both the style and substance of American foreign policy. Several of the challenges worked on by President Trump have seen important changes which are much more realistic than we saw in Obama I and II and if we simply return to Obama III would be a significant step back for America and its interests.

For example, rather than trying to “return” to the flawed Iranian nuclear “deal,” building the Abraham accords is far more significant for carrying American interests forward in the region.

What follows is not so clear.

And part of the problem is that much intellectual work in the strategic community has been so wrapped up with President Trump, that many wishes to start where he began, not where he finished.

But much of what is to come has little to do with President Trump or his Administration.

Will those recessions lead to exacerbating the social tensions and divisions within the liberal democracies?

The Cold Civil War in the United States, the divisions within the “United” Kingdom and the European “Union” are clearly accelerating in response to the events of 2020. How will these political systems and nations sort through the post-COVID-19 world?

Will Europe find a way to avoid a de-facto global economic alliance with China?

Where will growth come from, and who will drive national and global economic growth?

Can significant conflict among the global powers be managed? Will this conflict be badly managed and lead to global war?

What is clear is that we at one of those moments of historical change.

When a significant political, economic, military shock comes, pre-existing trends which have been attenuated by the dominant system of power, break out and reshape the power structure.

I am not sure we are going to built back better, but certainly it will be different. 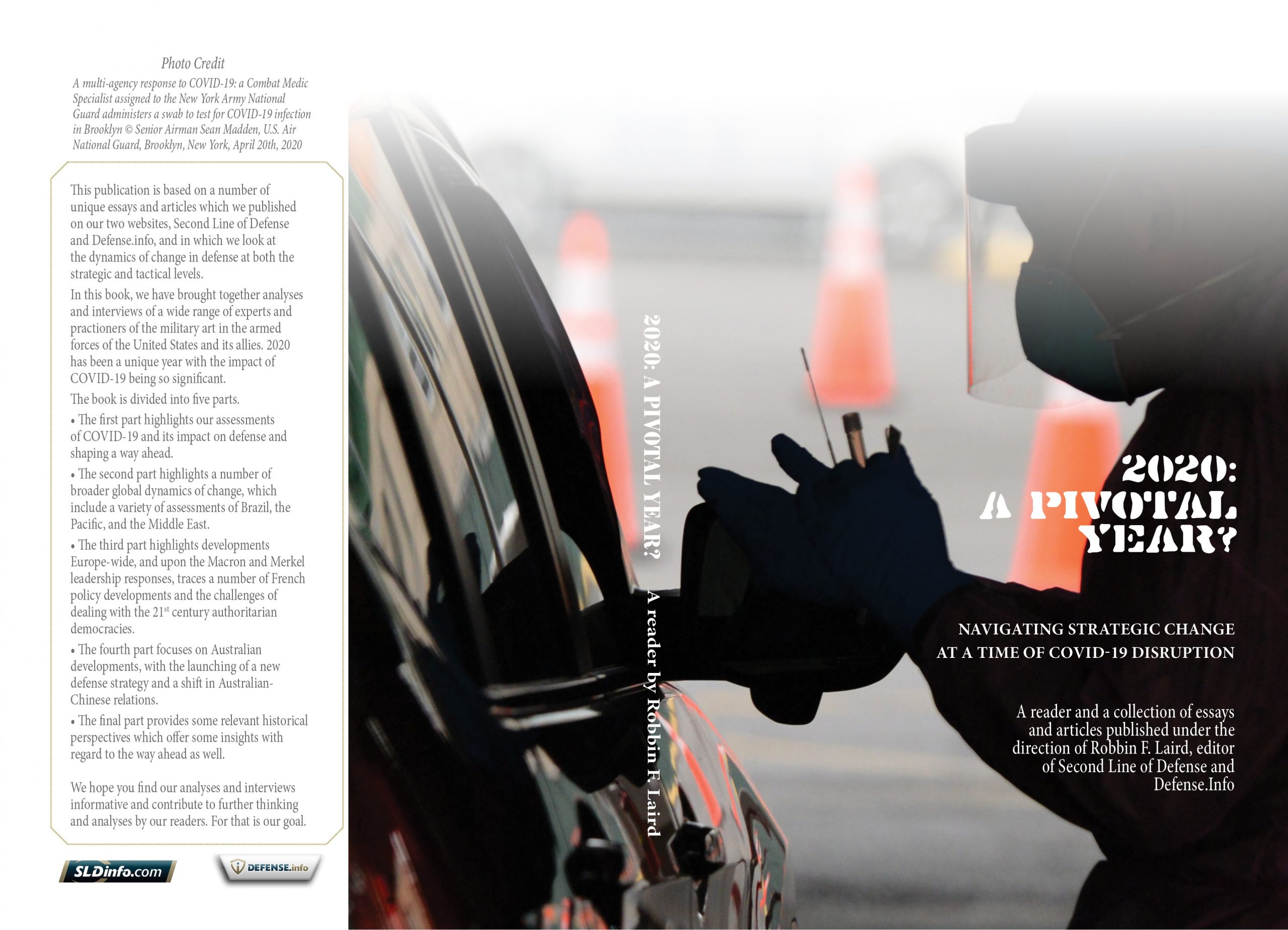