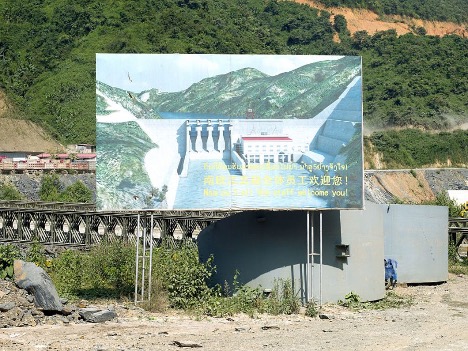 For decades, the economic development of ASEAN member states was hindered by persistent shortages in high-quality infrastructure. The issue wasn’t a lack of desire but a lack of access to equity and investment. Securing foreign direct investment for infrastructure between the 1997 Asian economic crisis and the 2008 global financial crisis was particularly challenging for ASEAN states.

China’s economic miracle has solved that problem. Chinese direct investment was already flowing into the region before President Xi Jinping announced the Belt and Road Initiative in 2013. Nonetheless, the introduction of the BRI was a watershed moment in ASEAN infrastructure development.

By 2015, with infrastructure projects in train and foreign direct investment flowing, ASEAN leaders were able to commit to not just thinking about regional economics but implementing measures to cohesively achieve practical integration.

The plan for realising the ASEAN Economic Community Blueprint 2025 seeks to attain a highly integrated and cohesive economy; a competitive, innovative and dynamic ASEAN; enhanced connectivity and sectoral cooperation; a resilient, inclusive, people-oriented and people-centred ASEAN; and a global ASEAN.

From 2016, this development would be augmented by additional investments from the Asian Infrastructure Investment Bank. Since 2016, ASEAN member states have, for the most part, been able to generate the foreign investment capital needed to accelerate economic growth in Asia.

Upgrading ground transport links—the railways and road networks that make up ASEAN’s main economic corridors—had been an ongoing priority. Success here has been due in no small part to the Chinese government’s financing and BRI projects. Until Covid-19 hit, Chinese investments in regional connectivity—roads, bridges, train lines and ports—were creating all-new levels of regional connectivity.

So, what’s the problem then?

Well, there are three: the quality and sustainability of those investments, the debts associated with them, and the potential supply-chain vulnerabilities that they have created.

Infrastructure development across ASEAN, but especially in the Mekong region, has occurred at a breakneck pace. The rapid acquisition of foreign direct investment, while welcomed, has resulted in general concerns over the quality and sustainability of infrastructure projects.

In some cases, foreign government investors have been indemnified by sovereign immunity, so there will be little in the way of accountability if quality problems result in realised risks.

Of more significant concern are the long-term implications of the conditions associated with many of these investments. In many cases, the terms of the loans are opaque. Arguably, for some of the countries involved, especially Myanmar, Laos and Cambodia, the repayment of loans, no matter how generous the terms were, will be difficult if not impossible.

These kinds of arrangements ought to raise concerns in ASEAN and beyond over the potential use of debt-based diplomacy, especially by the Chinese government.

The broader national security challenges relates to critical national infrastructure, supply-chain vulnerability and national resilience. Developers of infrastructure gain a great deal of information about the countries in which they operate.

Through foreign direct investment, the governments of countries such as China can acquire in-depth knowledge of critical national infrastructure and its inherent vulnerabilities. The region’s desperate demand for infrastructure investment has resulted in a reduced policy focus on security.

The opaque relationship between Chinese engineering and construction companies and the Chinese state is alone cause for concern. Chinese state-owned companies have access to eye-wateringly large amounts of valuable economic and security information. Such knowledge provides a strategic advantage during every phase of a potential conflict.

A hostile government can leverage significant value from it, using both soft and hard power.

And this kind of knowledge is critical to those who might want to disrupt national regional and global supply chains. With that advantage, a hostile country, or even one with competing interests, can profoundly undermine a competitor’s national resilience.

The Covid-19 crisis has drastically reduced foreign direct investment. It has also created an opportunity for the ASEAN member states to critically reassess their infrastructure requirements and mitigate the risks of foreign investment.

ASEAN has an opportunity to leverage its economic integration efforts to respond to its member states’ infrastructure risks. A regional body or network could monitor and certify aspects of future infrastructure development to address quality, sustainability and security aspects.

While foreign direct investment has dried up, global markets are adjusting to the pandemic’s economic impacts. Interest rates are at historic lows, and expectations for returns on investment have changed. The financial crisis resulting from the pandemic is still unfolding, but, like all crises, it too will pass.

And when it does, infrastructure investment in the ASEAN region will once more accelerate, which is why now is as good a time as any to synchronise economic growth and security.

John Coyne is the head of the North and Australia’s Security program and the Strategic Policing and Law Enforcement program at ASPI. Owen Swift is the online content editor and a contributor at The Red Line.

This article was published by ASPI on December 4, 2020.