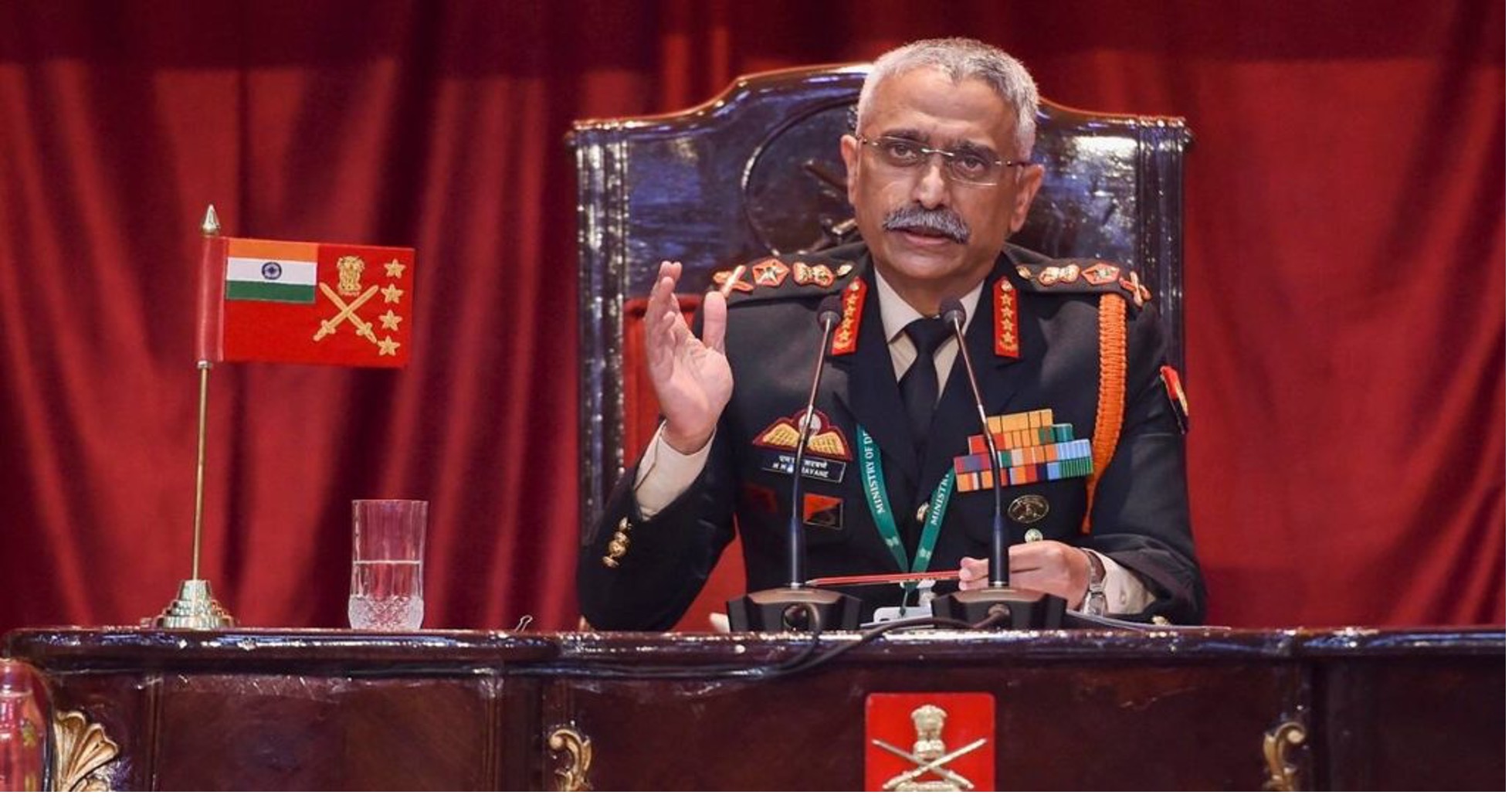 New Delhi. With the increasing threats from Western borders with Pakistan and the ongoing standoff with China in Eastern Ladakh, Army Chief General MM Naravane has said that “we are ever alert all along the border,” and that the Indian Army “is ready to take any challenge of internal and external threats.”

Addressing the media ahead of Army Day on January 15, he said “we are transforming ourselves from a manpower intensive force to a technology-enabled service. Niche technology is the need of the hour and we are working to get all the modern-day technology such as Quantum Communication, Artificial Intelligence, Blockchain, and our own Army Design Bureau is working on this.”

He said the Government had assured the military that it would get all the funds required for defending the country and modernization of forces amid signs of the military standoff between India and China getting prolonged.

Tensions have not abated despite a minor pullback of troops and many rounds of talks at the military and diplomatic levels and India has deployed almost 50,000 troops on its border mirroring a deployment by China on its side.

On the challenges that confronted the Army in the past, he said “last year many challenges were there and we had to walk the talk. More particularly Covid was the main challenge, however, we did our bit and came out of the situation. Another challenge I must mention was at the northern border which has been in existence even now.”

He observed: “Not only this while braving the Covid pandemic, at the same time we kept ready all the operational preparedness to protect the integrity and sovereignty of our nation. Although we faced problems because of restrictions imposed following Covid, but the restrictions were in the larger interest of the nation.”

Saying that the Army took numerous measures to keep the soldiers safe from the pandemic, the soldiers too helped (various) State governments in braving the pandemic. He applauded the yeoman and selfless service of the medical fraternity, who have been working throughout the day and night to save the patients in general and Covid victims in particular.

About the constant terror needling by Pakistan, he said: “As far as Western front is concerned, Pakistan has been sponsoring the terrorism as its state policy. But we have been following the ‘No tolerance policy’ in this regard,” and “We reserve our right to respond to any nefarious activities at the Western front by Pakistan.”

The Army Chief said the forces were “ever alert all along the border. We already had eight rounds of talks at different levels with China to resolve the India-China standoff at Line of Actual Control in Eastern Ladakh. We are waiting for time and date for our ninth round of talks and we are sure that we will reach at an amicable solution through dialogues.”

“We are ready to meet any eventuality and troops deployed were being provided all facilities including warm clothes, habitat etc. in this harsh month of Winter. Operational preparedness and morale of our Army jawans are very high,” General Naravane said.

“We are also optimally considering restructuring of the Service as well as enhancing the capabilities and in the run up to this we have signed many contracts recently,” the Army Chief noted.

The Indian Army is in the process of procuring infantry weapons, artillery platforms, communication equipment and all modern warfare fighting equipment, and each arm is getting the weapons and platforms it requires.

In keeping with the Government focus on self reliance and “Make in India,” the General said “We are signing our 80-85 per cent contracts with Indian companies to promote indigenisation and to fulfill the mission of Prime Minister’s call of Atmanirbhar Bharat” (Self Reliant India).

“We have initiated all out modernisation plan, and we are thankful of budgetary support of the Government, specially Finance Minister that she understood our requirements,” the Army Chief said.

The Indian Army has planned for Rs 50+ crores programme through technology development fund and others towards the modernisation of the force. The restructuring is happening at the tri-service level and the Army is committed to tri-service integrated command, the Army Chief added.

“On human resource part, we have also been able to achieve towards providing facilities as well as welfare services for the serving as well as retired personnel. Not all, but we have been successful in resolving almost 80 per cent issues of such personnel which were in dire need of attention, and benefits accrued out of it,” he said.

Saying that the review and assessment is a continuous process, the Chief said Indian Army continues to review any threat perception internally or externally. The Army has changed the policy and infrastructure for the deployment in border areas. “Pakistan and China together is a potent threat, which cannot be wished away, and we have done strategic planning and calculus to deal with both the countries.”

“As of now it is status quo in Ladakh situation in terms of disengagement and de-escalation, and we believe we will be able to sort out the issue.” There is no reduction of troops as of now since the time of standoff between India and China at LAC in Ladakh.

The Army Chief also observed that the situation in Jammu and Kashmir has been improving but in case of Northeast it has improved a lot.

This article was published by India Strategic On January 15, 2021.