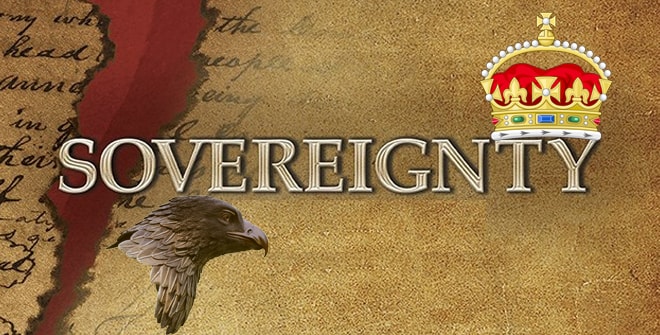 Paris – The Brexit campaign flew the flag of national sovereignty in leaving the European Union, so it is odd to note almost every keynote speech from the French defense minister evokes sovereignty, and yet France is a key member of the EU.

Last year’s transition period for Britain’s exit came to an end at 2300 GMT Dec. 31, ushering a new year for the sunlit uplands of an EU-free future, shaking loose the shackles of Brussels.

France, meanwhile, is a core member of the EU and seeks to maintain its standing as a major military power, while pursuing national independence enshrined in sovereignty.

Britain and France are the two leading European military powers, both armed with nuclear weapons, and holding sought-after permanent seats in the UN security council.

Those two nations marked in December the 10th anniversary of the Lancaster House treaty for cooperation for their services, arms industry, and research for nuclear weapons.

The small, slight difference between the two is that the UK has left the EU for a new, improved Global Britain, while France sees no threat to sovereignty in its membership of the now 27-strong regional economic grouping.

There are clearly distinct perceptions of sovereignty on either side of the English Channel, that narrow stretch of water which connects and separates the two countries, allies of a kind.[1]

In the military world, the French pursuit of the ultimate sovereignty lies in its ownership of an independent nuclear weapon, beholden to no one and depending on no one.

A French nuclear capability met a political need to wipe clean a slate marred by Vichy collaboration under Nazi occupation, and treatment as a distinctly junior partner by the British allies in the second world war.

There was also a French political need to forge close and binding economic ties with Germany, to avoid a repetition of a shameful and bloody history. That took shape in the founding of the European coal and steel community in 1951, to ensure the raw materials of war were bound by a production agreement.

Beyond nuclear weapons, France operates its own spy satellites. Paris flew an independent asset over Iraq, saw the falsehood of chemical weapons, and led the then president Jacques Chirac to stay out of the 2003 war against Baghdad.

But France has an overstrained national budget and lacks the means to be independent in all its weapons. The authorities have sought to set priorities, identifying technology seen as critical to national autonomy, which must be built by French companies.

That inner core is followed by a middle ring of goods to be bought from European and allied partners, and on the outer ring are non-essential products from friendly nations.

There are moving targets of sovereignty in the real industrial world. The French government last month finally opted to refuse Teledyne, a US company, the right to buy Photonis, a French maker of equipment for military night vision.

“The government is working with industrial and financial actors to find a national solution to preserve the sovereignty of Photonis, a company essential to French military operations,” Florence Parly, armed forces minister, said Dec. 18 in a statement.

Teledyne went elsewhere with its check book. The company said Jan. 4 it has agreed to buy FLIR Systems for some $8 billion in cash and stock.

There was also economic and industrial sovereignty at stake when the US declined to authorize the supply of components for French cruise missiles sold to Egypt and Qatar, two client states which had bought the Rafale fighter jet and French weapons – up to a point.

Across the Channel, perhaps those supporters of Brexit look back to 1940 with nostalgia, the good old days when Britain stood alone, ready to tackle the Nazi forces on its own.

The fact that the then prime minister, Winston Churchill, understood the need for the US to enter the war and bring badly needed support is glossed over, a mere inconvenience.

Churchill reached out to his French counterpart, Paul Reynaud, in June 1940 with an offer to form an Anglo-French nation state. The two nations would have pooled their sovereignty to stand up together, a plan from a man seen as an archetype of what Britain stands for.

Why all this focus on Churchill?

British prime minister Boris Johnson wrote a biography of Churchill, published in 2014, when the former was mayor of London, and commentators point out it is clear Johnson would like so much to be seen as Churchillian in political stature.

It might be tricky to handle that Churchill was a supporter for a strong Europe.

In a noted speech at Fulton, Missouri, in 1945, Churchill, then a leader of the opposition, had this to say on the importance of Europe: “The safety of the world requires a new unity in Europe, from which no nation should be permanently outcast.”

Those inconvenient facts are not needed in the British exit lounge.

Clearly a pro-European Churchill is the wrong kind of Churchill for Johnson, who opted for a Brexit ticket to win that long sought after invitation from the queen to form his government. Johnson, in his previous trade as a journalist, had drafted two op eds for the Telegraph, a conservative daily, and discarded the one which argued for a Remain ticket.

Churchill coined in that Fulton speech terms which entered common usage, such as the “special relationship” between Britain and the US, and the iron curtain falling across Europe.

It was that special relationship across the pond which led to the then prime minister Harold Macmillan to demand from president John F. Kennedy in 1962 the supply of Polaris missiles, cabinet papers from the National Archives show. Macmillan’s request was in response to the US cancelling the Skybolt missile project, which the UK had agreed to buy.

Kennedy was reluctant to accept that request as he was concerned a bilateral deal might weaken Britain’s application to join the then European Economic Community. But Kennedy agreed to deliver the Polaris, for which Britain built its own warhead and its own submarine, the cabinet papers note.

Polaris was a pooled sovereignty taking the UK to the nuclear top table with its US ally.

Charles de Gaulle, the then French president, said “Non” in 1963 to the British application to join the EEC. It took 10 years and a second rejected application in 1967, before Britain entered the EEC in 1973.

British submarines sail with Trident missiles armed with a close relation of the US W76 nuclear warhead, dubbed Holbrook, with US political debate on whether to work on its replacement,  the W93 warhead, the Guardian daily reported Dec. 8.

So British future capability is a continuation of shared nuclear sovereignty, with London planners watching whether the incoming administration of president-elect Joe Biden, and the appropriations committees of the senate and house of representatives will approve $ 53 million of funding for development of the W93 warhead.

A key project in the Lancaster House treaty was a technology demonstrator for a combat drone, dubbed future combat air system – demonstration program.

The UK pulled out of that deal with France for an unmanned combat air vehicle after the 2016 referendum returned a vote to leave the EU.

That referendum denied the vote to some 1.3 million British who live in continental Europe.

It was not long after that historic vote for Brexit that France said it would team up with Germany to build the next generation fighter jet. Spain has since signed up.

Then the UK launched its Tempest project for its new fighter.

So there will be two European future fighter jets, icons of an armed form of sovereignty.

There is a concept of pooled sovereignty, allowing the political leaders sitting in the European Council to adopt measures on a qualified majority rather than a consensus, which requires agreement by all the member states.

Both those conditions – the double majority rule – must be met for the vote to be carried on the European Council, the decision-making institution.

There has been debate on popular sovereignty, when the movement for an independent Scotland led to drafting an interim written constitution for Scotland.

“In Scotland, the people are sovereign,” was at the heart of the interim constitution, which appeared as a draft bill before the Scottish parliament and which promoted popular sovereignty and parliamentary democracy.

That form of democratic principle has nothing to do with the populism fed by false news and lies which promoted Brexit. Populism is closely tied to nationalism, a sovereignty of the individual over elected representatives, known as parliamentary democracy.

It is worthy to note the United Kingdom pulling out of the EU for national sovereignty has revived a Scottish call for a second referendum for leaving the UK and seeking its status as an independent nation.

Johnson has naturally ruled out that Scottish referendum. Sovereignty has its limits, and those limits are set by 10 Downing Street, south of the border.

The UK agreed on Christmas Eve a pared down trade agreement with the EU.

“All of our key red lines about returning sovereignty have been achieved,” a Downing Street spokesperson said.

It remains to be seen what the future military and security ties with France will be, and also with the EU, which seeks to spread its defense wings.

[1] Allies of a Kind: The United States, Britain, and the War Against Japan, 1941-1945 is a remarkable history book exploring the ties between the UK and the US, by the late Christopher Thorne, professor of International Relations at University of Sussex.

Editor’s Note: Sovereignty is a concept which was key the foundation of modern political science and theory. The graphic is taken from an article which explains how political theory has addressed the concept of sovereignty: