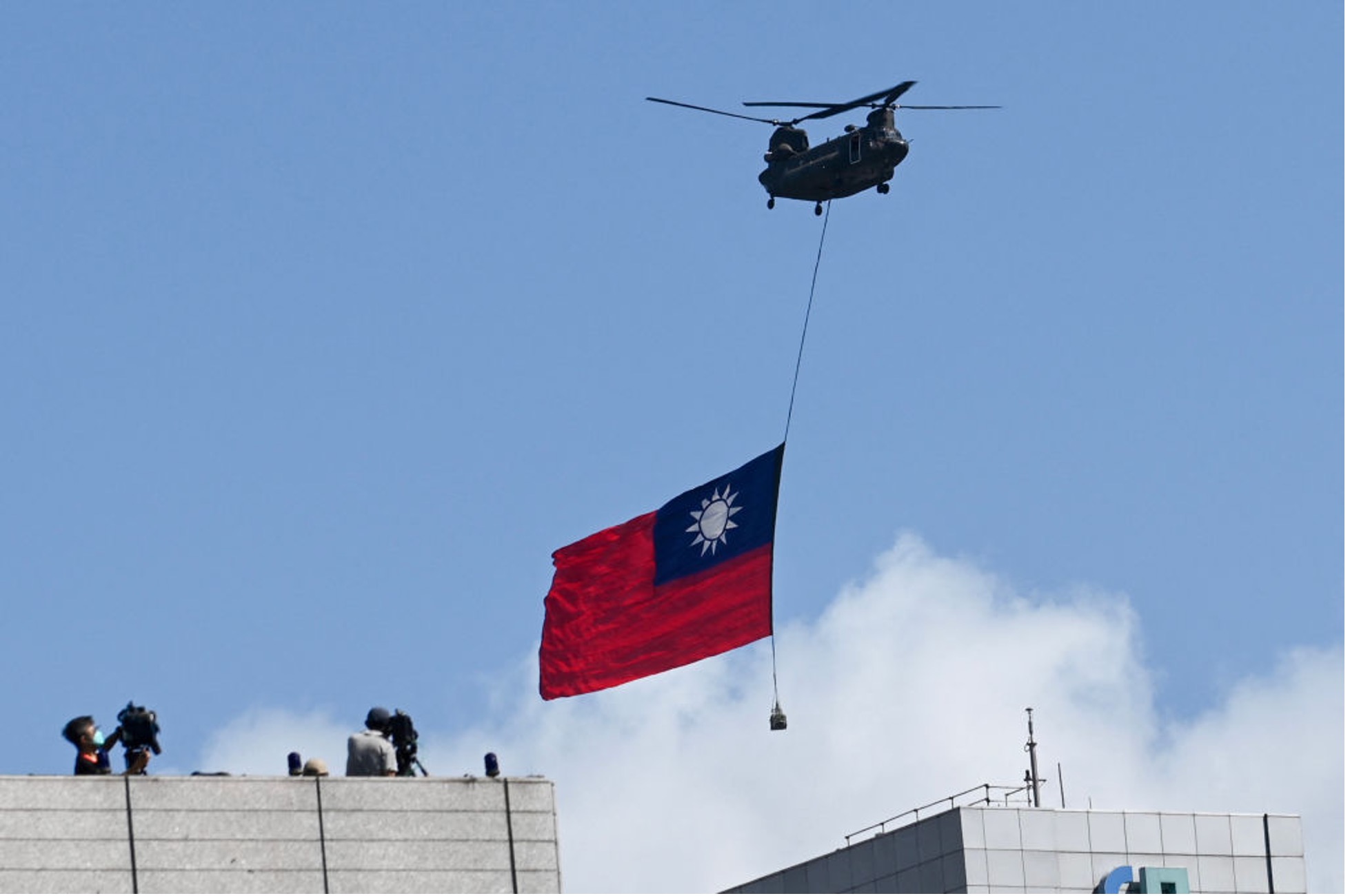 Xi Jinping is positioning the People’s Liberation Army to bring Taiwan under the control of the Chinese Communist Party. The Taiwanese assess perhaps a three-year time frame before an attack, while US Indo-Pacific Command in Honolulu considers a military assault in six years to be possible.

If conflict breaks out, it will be large-scale and bloody. It will throw the world into two hostile camps—in effect, the democracies versus the authoritarian regimes. War over Taiwan will inevitably involve Australia.

There will be no positive outcomes from a conflict. If China is defeated, Xi will fall from office and the CCP will face an existential crisis of legitimacy that could see it lose its hold on power amid large-scale political turmoil.

If Beijing wins, it will have to deal with a bloody occupation on an island of 25 million people who mostly reject the idea of communist control. The Taiwanese will put up tough resistance. Xi will face his own Iraq occupation moment, with nothing to offer Taiwan other than repression.

Beijing’s control of Taiwan would transform the balance of power in the Indo-Pacific. Japan would become vulnerable from the south and east, and face the reality that China could cut its trade and energy supplies.

It’s hard to see how the US’s Pacific alliances could survive a defeat like the communist takeover of Taiwan. Everything depends on how the situation plays out. Imagine a US administration that decides that war over Taiwan, contrary to all American statements, isn’t worth fighting.

If that happens, America’s allies in the region, Australia included, will know they are on their own when it comes to dealing with a militarily successful Beijing. In this world the choice for Japan, Australia and South Korea is to either appease Beijing or develop much stronger military capability at breakneck pace.

Imagine another scenario where America does indeed choose to come to the defence of Taiwan. Australia will get the president’s second phone call after he or she has rung Tokyo, asking what military support we will offer. Does anyone imagine Australia has a realistic option to sit out the fight? If we tried to opt out, we can say goodbye to ANZUS, intelligence cooperation, nuclear-propelled submarines, US foreign investment and all the other things that have made us wealthy and secure.

It’s claimed Pentagon desktop war games invariably see the US lose against the PLA over Taiwan. That doesn’t necessarily mean much. But to be clear, a US defeat and a resurgent China would be a disaster for the interests of countries that don’t want to bow to Beijing.

All this means war over Taiwan is an outcome that must be avoided. Xi has built up such a momentum towards war, and such aggressive and nationalistic expectations among the Chinese people, that I believe the only way to prevent a war is to change Xi’s calculation of the risk and costs of starting a conflict.

Internationally, Xi has been a successful risk-taker. He staged a takeover of the South China Sea and militarised reclaimed ‘island’ bases with no effective international response; he has prosecuted wholesale cyber intellectual property theft around the world with, until recently, most countries reluctant to even name China as the cause; he trashed Beijing’s agreement with the UK over Hong Kong and is rolling out repressive rule over its 7.5 million people. The world responded with empty hand-wringing.

China continues to prosecute a campaign of economic coercion against Australia where our fellow democracies have been happy to fill the export niches we once enjoyed. We are asked by China’s supporters in Australia to believe it’s our fault because we provocatively wanted to investigate the origins of Covid-19.

Through all of this, Xi has learned that being audacious and taking risks has worked. He has gotten away with international aggression, internal repression and the Covid-19 cover-up with hardly a scratch. Xi will apply a similar calculation of cost and risk to Taiwan. Large-scale military incursions into Taiwan’s air defence identification zone, the ramped-up propaganda about the inevitability of ‘reunification’ and the attempts to squeeze Taiwan out of any international engagement are all aimed at testing how far Xi can move without receiving pushback.

It is a certainty that PLA air incursions will continue, get larger and get closer to Taiwan’s landmass. In a major speech last week, Xi returned to the old formulation of calling for the ‘peaceful reunification’ of Taiwan, but there is no doubting his sense of urgency. Xi wants to be the leader that delivers this outcome and not leave it to his successors.

We can prevent this looming catastrophe by making it clear to Xi that the democracies will not tolerate China’s forced incorporation of Taiwan. An emergency meeting of the G20 should be held to make an unambiguous commitment to its security.

Australia should accept Taiwan’s offer to exchange intelligence and security assessments as it does with our Quad partners, Japan, India and the US. We should post a Defence liaison to our mission in Taipei and invite a counterpart to Canberra. Our hardline reading of the ‘one China’ policy meant that, as a senior Defence official, I couldn’t talk with Taiwanese counterparts. We run the risk that we could be asked to defend Taiwan without ever having discussed the task with the Taiwanese military.

Most importantly, the US, Japan and Australia need to make explicit our intention to work together to protect Taiwan and to afford Taipei more opportunities to have its voice heard in international forums. More Australian leaders should follow Malcolm Turnbull and Tony Abbott and engage with Taiwan, strengthening political and economic ties.

Beijing will not welcome this, but we know the price of Xi’s approval is compliance to his wishes. Xi needs to understand the world will not look the other way while the PLA attacks Taiwan.

It’s clear Beijing won’t give up its aspiration for unification with Taiwan, but if Xi realises the costs of such military folly will be too high, the hope is he will leave that to future generations. Deterrence secures the peace, whereas appeasement will surely lead to war.

Peter Jennings is ASPI’s executive director and a former deputy secretary for strategy in the Department of Defence.

A version of this article was published in The Australian.