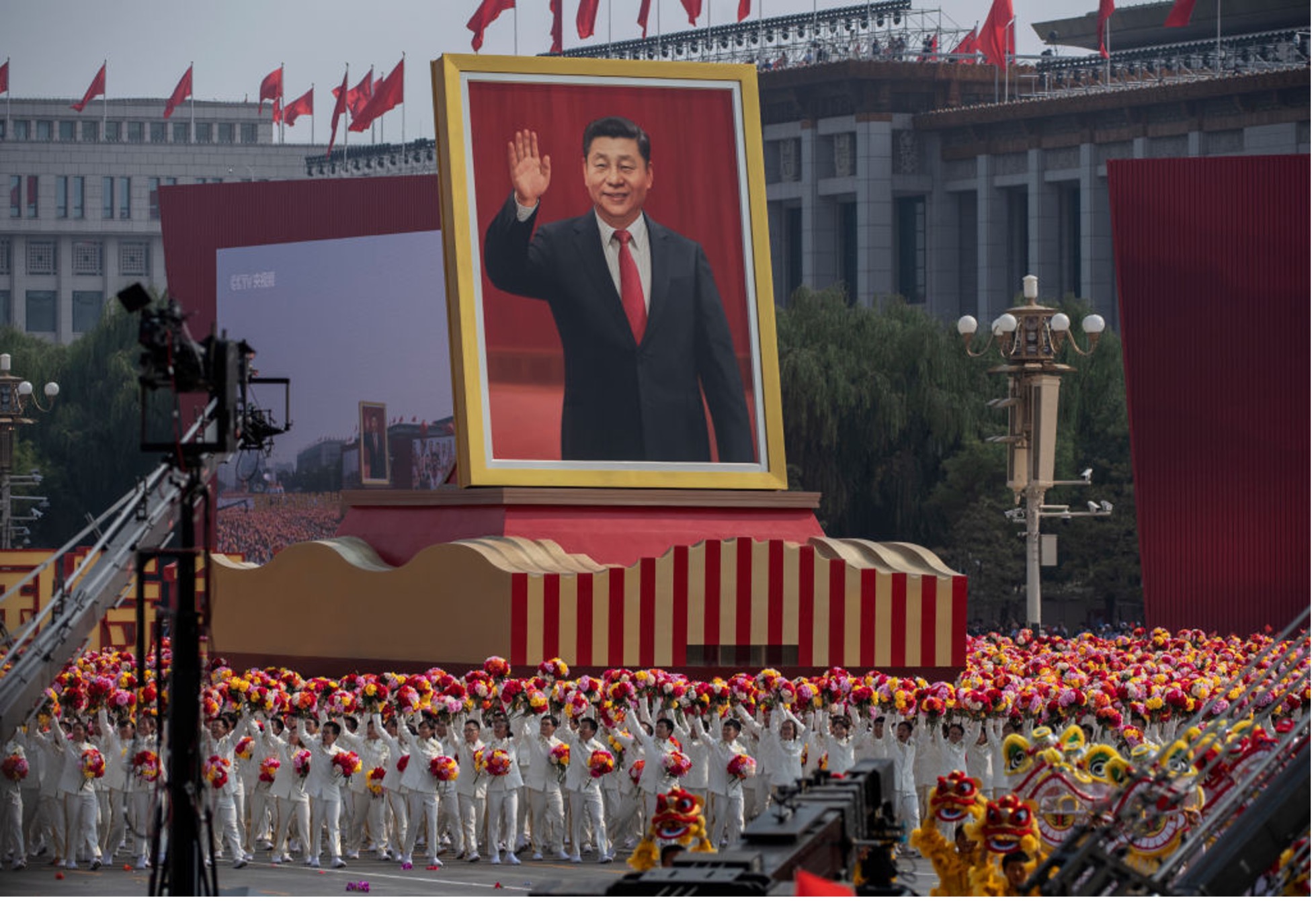 To understand the wave of ‘little pink’ ultra-nationalism washing across the People’s Republic of China, it’s instructive to examine ‘Xi Jinping thought on socialism with Chinese characteristics for a new era’.

Incorporated into the Chinese Communist Party constitution at its 19th congress in October 2017 and commonly termed ‘Xi Jinping thought’, Xi’s full report stated: ‘China must hold high the banner of socialism with Chinese characteristics for the new era … and work tirelessly to realise the Chinese Dream of national rejuvenation.’

‘Xi Jinping thought’ has significant implications for China’s domestic policy, its growing and strident nationalism, and for the global community. But why has Xi unleashed ultra-nationalist forces in China and what does this unleashing mean?

Xi’s report to the congress identifies China’s primary policy objectives: to ‘ensure and improve living standards through sustainable development’ to condone market ‘reform and opening’ and to encourage Chinese enterprises to ‘go out’, especially along the ‘Silk Road Economic Belt’ and the ‘21st Century Maritime Silk Road’. They are known together as the Belt and Road Initiative, which projects Xi’s philosophy globally.

His report highlighted challenges including the creation of a modern public finance system, a fiscal relationship between central and local governments built upon clearly defined powers and responsibilities, deepening reform of the taxation system, institutional reform in the financial sector, and ‘building the military’. In fact, China’s military is already larger than those of Japan, South Korea, Taiwan and the countries of Southeast Asia combined, and challenges United States dominance in some areas. With its economic and military power, China seeks to forcefully influence international financial, legal and trade systems.

Under Xi’s leadership, the socialist rule of law with Chinese characteristics is the foundation for all legal reforms. From the CCP’s 2014 plenum, five general principles guiding law-reform processes were upheld: the leadership of the party, the dominant position of the people, equality before the law, the combination of the rule of law with the rule of virtue and the need for China to chart its own path.

The 19th party congress in 2017 then guaranteed the absolute leadership of the CCP through the official justification of the party constitution over the PRC state constitution. Socialist rule of law with Chinese characteristics can be interpreted as an instrument of the CCP leadership with the party said to reflect the will of the people.

Concerned about clear gulfs in theory and practice under Xi, Cai Xia, a former professor at the Central Party School of the CCP in Beijing, writes extensively about the course of Xi’s tenure, arguing:

The regime has degenerated further into a political oligarchy bent on holding on to power through brutality and ruthlessness. It has grown ever more repressive and dictatorial. A personality cult now surrounds Xi, who has tightened the party’s grip on ideology and eliminated what little space there was for political speech and civil society.

‘Little pink’ (or ‘xiao fenhong’) ultra-nationalists have been allowed free reign to support this approach. Such examples illustrate why some European nations, Indonesia, India and others are turning away from China’s sphere of influence. That said, the economic reach and allure of the PRC’s huge consumer market will persuade many nations to acquiesce to China’s advances.

Despite heavy surveillance and built-in disincentives to protest any perceived injustice, such as the social credit system, China’s civil society continues to mobilise where possible. As French philosopher Michel Foucault declared, as soon as there is a power relationship there is always the possibility of resistance.

The CCP is pursuing its domestic and international goals with increasing vigour. Following Xi’s July  speech marking the centenary of the CCP, it’s clear the party will not swallow anything that undermines its interests as it ‘marches toward the second centenary goal of building China into a great modern socialist country in all respects’.

With this march there are worrying signs. There’s a rising wave of ultra-nationalism geared to unquestioningly supporting Xi’s power as supreme head of the party. China’s rise is deeply impacting global financial, trade and legal regimes. It has befriended illiberal governments such as North Korea, Iran and Belarus, and it openly courts the Taliban.

Meanwhile, the skilful management of international relationships through negotiation and diplomacy in multilateral forums is becoming less likely as global organisations such as the United Nations, World Health Organization and World Trade Organization have themselves become highly contested spaces.

Any consensus about what constitutes ‘rule of law’ is breaking down. China is enabling the emergence of more illiberal political, security and economic alternatives to those traditional global organisations. And where its international-level clout has not yet changed things in its favour, China’s sway is evident at regional and sub-regional levels where politicians can be more easily influenced and there’s even less transparency.

The unfortunate potential exists in these tensions, at least in the short- to medium-term, for the U.S. and its allies and China to engage in a zero-sum game. This bleak ‘grey-zone’ is rapidly unfolding.

John Garrick is a university fellow in law at Charles Darwin University and a practising lawyer in the Northern Territory. He is author and editor of numerous publications on China’s rise, including with Yan C. Bennett, China’s socialist rule of law reforms under Xi Jinping.

This article was published by ASPI on September 3, 2021.