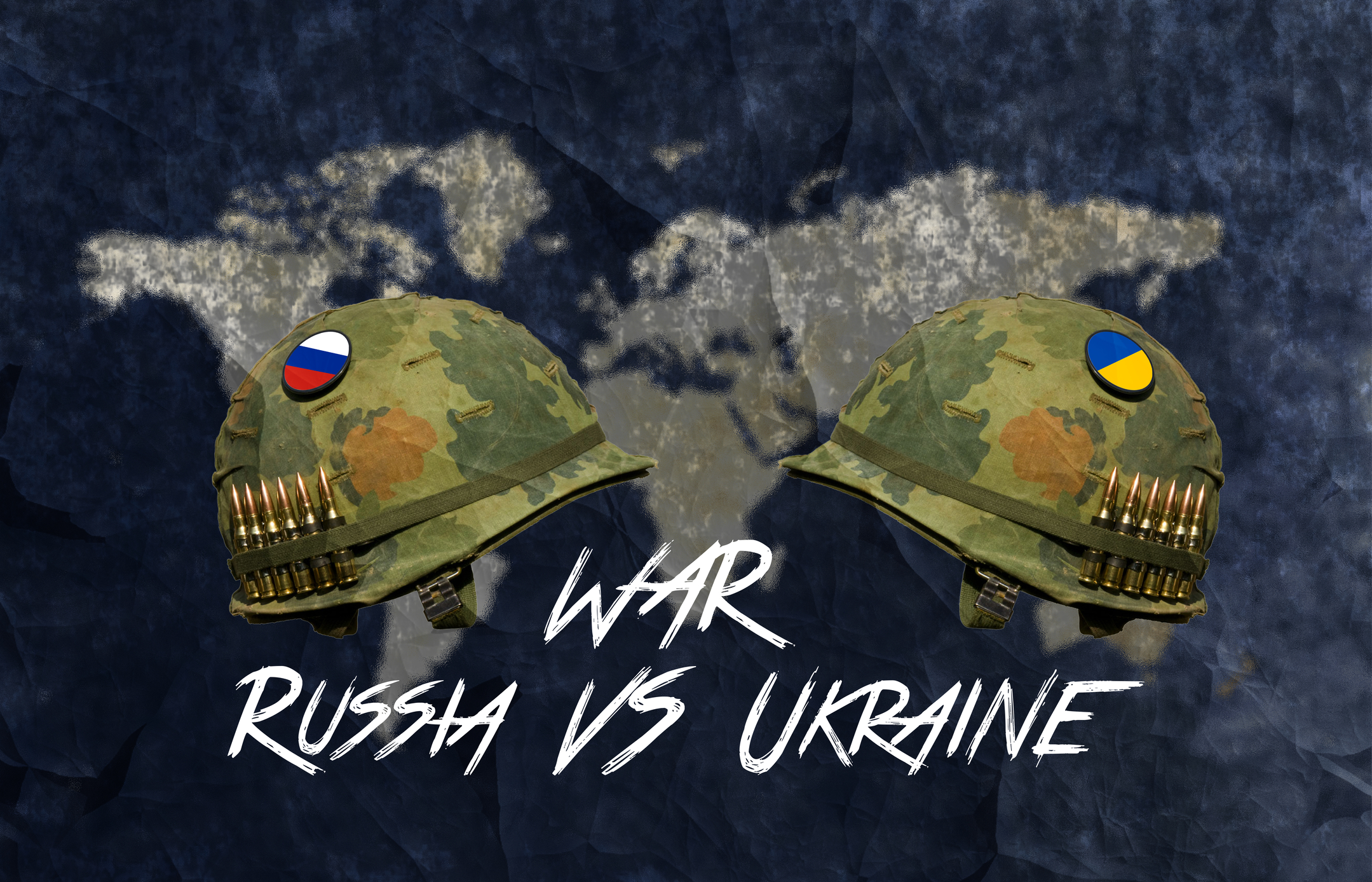 The launch of the new phase of the Russian invasion of Ukraine, following two months of intense fighting, offers observers an opportunity to assess what has happened so far and how the conflict might develop in the future.

The war thus far has highlighted Russians’ mistaken planning and conceptual assumptions, Russian combat weaknesses, and the superior performance of the defending Ukrainians.

Bad political assumptions imposed by President Putin on the campaign planners contributed to producing the failed campaign that marked the first two phases of the war.

In the first few days, the Russians attempted a lightning strike aimed at seizing Kyiv, deposing Zelensky, and establishing a pro-Russian collaboration government that would oversee a cowed population with minimal long-term Russian military assistance.

When that effort at a fait accompli failed, the Russian armed forces launched a massive war of maneuver along multiple axes of advance (three to five, depending on how one counts), aimed at encircling and destroying the Ukrainian armed forces, through the massive scope of their attack along with extensive missile and artillery fires.

Strategically, the Kremlin overestimated the effectiveness of the Russian military based on the relatively easy victories in Crimea in 2014 and Syria in 2015 along with Russia’s progress in developing fancy platforms for the parade grounds.

Additionally, Putin’s flawed view of Ukrainian society and history led the Russians to underestimate Ukrainians’ capacity to resist. In Putin’s mind, Ukrainians were quasi-Russians who had been weaponized against him by a small group of anti-Russian politicians, sponsored by Western governments striving to contain and weaken Russia. Therefore, Russia would reverse the Maidan Revolution of 2014 by de-capitating the current leaders and replacing them with Russian-controlled puppets.

These flawed strategic assumptions led the Russians to choose war rather than continue their prewar coercive diplomacy. This pressure campaign had yielded benefits by weakening the Ukrainian economy. If Russia had not launched its February 24 attack, the Kremlin could have weakened the credibility of  U.S. intelligence and kept Europeans divided as they curried favor with Putin.

These poor strategic assumptions were amplified by several flaws in Russian operations and tactics.

First, Russian planners misjudged how long the war would last and how secure their supply lines would be—expecting a rapid military victory with little popular opposition among an essentially friendly population. Their logistics strains quickly grew unmanageable after the war lasted weeks. Furthermore, their military police and national guard units proved unable to secure rear areas from Ukrainian resisters.

Furthermore, despite having months to generate their invasion force, the Russians employed inadequate troop numbers. The Russian invasion force did not have enough soldiers to keep and hold large areas of Ukrainian territory in the face of stubborn Ukrainian military resistance and a hostile population.

The Russians also made inferior use of those units they did employ. For example, they broke apart their integrated battalion tactical groups (BTGs) into small, isolated detachments lacking combined arms support. We repeatedly saw tanks without infantry, infantry without tanks, inadequate suppressing artillery fires, and unescorted supply and command elements vulnerable to Ukrainian partisans and drone strikes.

As in Georgia in 2008, the Russian military again failed to comprehensively suppress the adversary’s air defenses. Some Ukrainian warplanes have remained in operation, while Ukraine’s ground-based surface-to-air systems and lower-level MANPADS like Stingers remain robust. Unable to achieve air superiority, the Russian air force has relied more on night operations and long-range standoff strikes launched from planes in Russian air space as well as ground-based launchers and naval platforms in the Black Sea.

Despite the Russians’ launching more than a thousand missiles, the Ukrainian command and control continues to function, while most Ukrainian military and dual-use infrastructure continue intact. Many Russian cruise and ballistic missile strikes failed to reach their target due to apparent technical faults, susceptibility to Ukrainian anti-missile defenses, or weaknesses in Russian ISR or training.

Meanwhile, the Russians have had to substantially curtail airborne assaults due to the effectiveness of Ukrainian Stingers and other air defenses. Having trained for the extensive use of attack and transport helicopters, the Russian forces found it hard to advance without them.

This situation, combined with poor Russian tactics (sending armored elements into urban areas without infantry, helicopters, or sufficient reconnaissance and suppressing artillery fire in advance to remove the Javelin missiles that have disabled or destroyed hundreds of Russian tanks), have prevented the Russians from seizing Ukraine’s largest cities.

The war has exposed other Russian military weaknesses:

Another problem was that the Russian attack started late, after the ground had thawed into mud. Ironically, the delay was likely due to Moscow’s appeasement of China, which wanted the war to occur after the Beijing Olympics had ended.

Conversely, the Ukrainians have conducted an excellent defense in depth, which deprived the Russians of opportunities to destroy concentrated Ukrainian units along the point of contact. With the Ukrainians falling back to defend the cities, the Russians had to dilute the offensive power of their advancing forces by constantly detaching forces to screen urban areas and other Ukrainian strong points or surround and pound them into submission.

After making some territorial gains in the first few days, the Russian attackers stalled. In some places, Ukrainians were able to exploit the overextended Russian supply lines to launch successful local counterattacks.

The Ukrainians have also made effective use of missiles against Russian platforms (anti-air and ant-armor missiles from the beginning of the war, and more recently anti-ship weapons). Russian planes and ships have had to attack at greater distances from their targets. This gives Ukrainians more time to intercept the missiles and take other defensive measures.

The Ukrainians have made creative use of drones for reconnaissance and long-range strikes, destroying Russian headquarter units, ammunition depots, and other rear-area targets.

The Russians are now correcting their second-phase mistake of trying to do too much at once and doing most tasks badly. Having failed to de-capitate the Ukrainian political-military leadership with a fait accompli, and then having overextended through a multi-front offensive that soon culminated, the Russians have now concentrated their forces along a single 500km front in eastern Ukraine, in the Donbas area.

There is ample speculation, though no proof, that Putin has charged the Russian command with winning a major triumph by the time of the May 9 Victory Day parade. The problem with setting such artificial deadlines is that they incentive a rush to failure.

Russia’s most critical shortage is in combat-effective infantry, while Ukraine’s is in heavy equipment. If the campaign lasts more than a few weeks, the Russians may have to use conscripts or draft Ukrainians from the occupied territories.

Even the cohesion of the Russian force is questionable. Some of the BTGs now in the Donbas campaign consist of companies and battalions that had belonged to other BTG whose other components had been too badly mauled to be ready for the current campaign. Additional forces have been pulled from various parts of the Russian Federation or hired as mercenaries from Syria and other locations.

Ukrainians have become even more dependent on Western supplies now that they have exhausted their prewar stocks and Russia has attacked Ukraine’s defense industrial infrastructure, whether through land offenses in the east or missile strikes elsewhere.

Since the Ukrainians will need a continuous flow of Western ammunition and platforms, the Russians have increased their targeting of Western supply deliveries once they enter Ukrainian territory. They may soon decide to employ their long-expected cyberwar to disrupt critical Western logistical hubs and connections along their conduit.

If the Russians succeed in occupying the entire Donbas, they might offer a ceasefire for now and then resume their efforts to seize all of Ukraine, from a stronger initial position, in a few years. Alternatively, they may try again to seize Kyiv, which is the center of gravity for the Ukrainian government and whose loss would be devastating for Ukrainian morale.

Another critical unknown is whether and when the Ukrainians can transition from strategic defense with limited counterattacks to a more comprehensive counteroffensive to recover large parts of their territory.