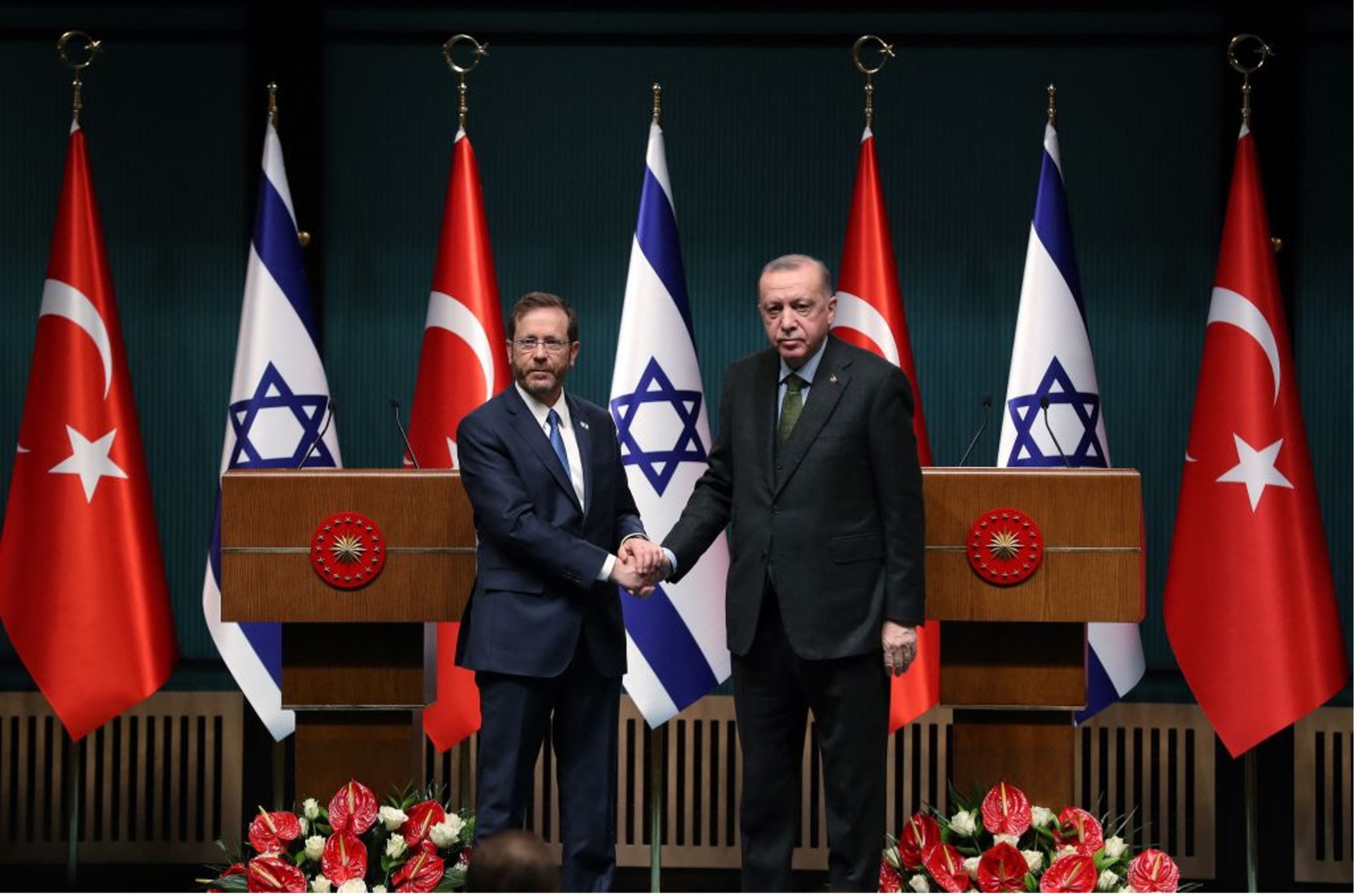 Russia’s invasion of Ukraine has shaken up friends and foes in the Middle East. They are engaged in reassessing their relationships with the United States and Russia. Whether this will lead to a more stable and secure Middle East is hard to tell, but, so far at least, some changes in Turkish–Israeli, Turkish–US and US–UAE relations are heading in the direction that the parties want.

Turkey’s relations with Israel seem to be on the mend. The two sides were the best of friends before President Recep Tayyip Erdogan’s pragmatic Islamist Justice and Development Party was elected to power in 2002. They enjoyed close military, security, economic and trade ties. Turkey’s US-led NATO alliance and the Israel–US strategic partnership played a key role in the process.

However, as Erdogan reoriented Turkish foreign policy towards supporting the Palestinian cause and winning friends in the Muslim world, Turkish–Israeli relations took a downturn. Israel rebuffed Erdogan’s increased criticism of its brutal treatment of the Palestinians in the occupied territories in general and its 2008–09 military onslaught on the blockaded Gaza Strip in particular. Further deterioration came in January 2009 when at a Davos gathering Erdogan berated Israeli President Shimon Peres by saying, ‘When it comes to killing, you know very well how to kill’, and in May 2010 when the Israeli military raided a Turkish-sponsored flotilla attempting to deliver humanitarian aid to the blockaded Gaza, killing nine Turkish activists.

Recently, though, the two parties have found it expedient to unfreeze their relations. Erdogan and former Israeli Prime Minister Benjamin Netanyahu detested each other, but since the advent of Israel’s new government last year, the Turkish leader has signalled some positive gestures, resulting in Israeli President Isaac Herzog’s visit to Ankara last month. Last week, Turkish Foreign Minister Mevlut Cavusoglu reportedly called for ‘sustainable relations’ on the condition that Israel respect ‘international law on the Palestinian issue’.

Both sides are troubled by Russia’s invasion of Ukraine, and each has sought to play a mediation role, though unsuccessfully so far, for a resolution of the conflict. Neither has condemned Russia’s actions outright, but their mutual distrust of Vladimir Putin’s Russia for geopolitical reasons cannot be discounted in their drive to improve their relations.

Similarly, Erdogan now seems to realise that his tilt towards Putin over the last few years wasn’t strategically wise. He forged a close friendship with the Russian leader essentially to underline his displeasure with the US and its European allies for not strongly backing his harsh crackdown on the opposition in the wake of the 2016 failed coup against him. As part of this, he purchased the S-400 surface-to-air missile system from Russia, which raised the ire of Washington. In response, the US denied Turkey the sale of F-35 fighter jets, for which Ankara had already paid.

Prior to the Ukraine crisis, both sides moved to resolve their differences, with the US offering F-16 fighters as a replacement. Still, in view of Russia’s Ukraine aggression, Erdogan has good reason to distance himself from Putin, who has not heeded his efforts for a diplomatic resolution, and to prioritise Turkey’s NATO partnership. Normalisation of Washington–Ankara relations can only help catalyse an improvement in Turkish–Israeli ties.

On the other hand, the US has lately engaged in intense networking to put its ties with the United Arab Emirates back on track. The UAE leadership has been unhappy about the Joe Biden administration’s response to Yemen’s Houthi drone attack on the country last January, regarding its reaction as very slow and weak. To underscore its disappointment as a US ally, Abu Dhabi has been somewhat muted in its response to the Russian invasion of Ukraine. It abstained from voting in the 25 February UN Security Council meeting condemning Russia’s invasion of Ukraine, though this was customarily understandable as the UAE was about to succeed Russia as the monthly chair of the council. However, its abstention in the UN General Assembly’s vote on 7 April that suspended Russia from the Human Rights Council clearly proved quite alarming to Washington.

To repair the damage, US Secretary of State Antony Blinken met with Abu Dhabi’s powerful Crown Prince Mohammed bin Zayed in Morocco last week and reportedly apologised for Washington’s delayed, inadequate response to the Houthi attack. He stressed the value of America’s partnership with the UAE and assured him of America’s full support in the face of any threat, which the UAE, along with several other Gulf states, perceives from Iran. Relations are now said to be ‘on the right track’.

On the flipside, most of America’s Arab allies in the region voted in the same way as the UAE at the UN General Assembly. They included Saudi Arabia and Egypt, which, along with Israel, have formed the strongest pillars of American influence in the region. This can only mean wider disappointment for Washington.

While improved Turkish–Israeli and Turkish–US relations may cause cheer in Washington, the Biden administration needs to recalibrate and do a lot more footwork if it is to have the ‘right’ Middle East strategy.

Amin Saikal is adjunct professor of social sciences at the University of Western Australia, and author of Iran rising: the survival and future of the Islamic Republic and editor of Weak states, strong societies: power and authority in the new world order.