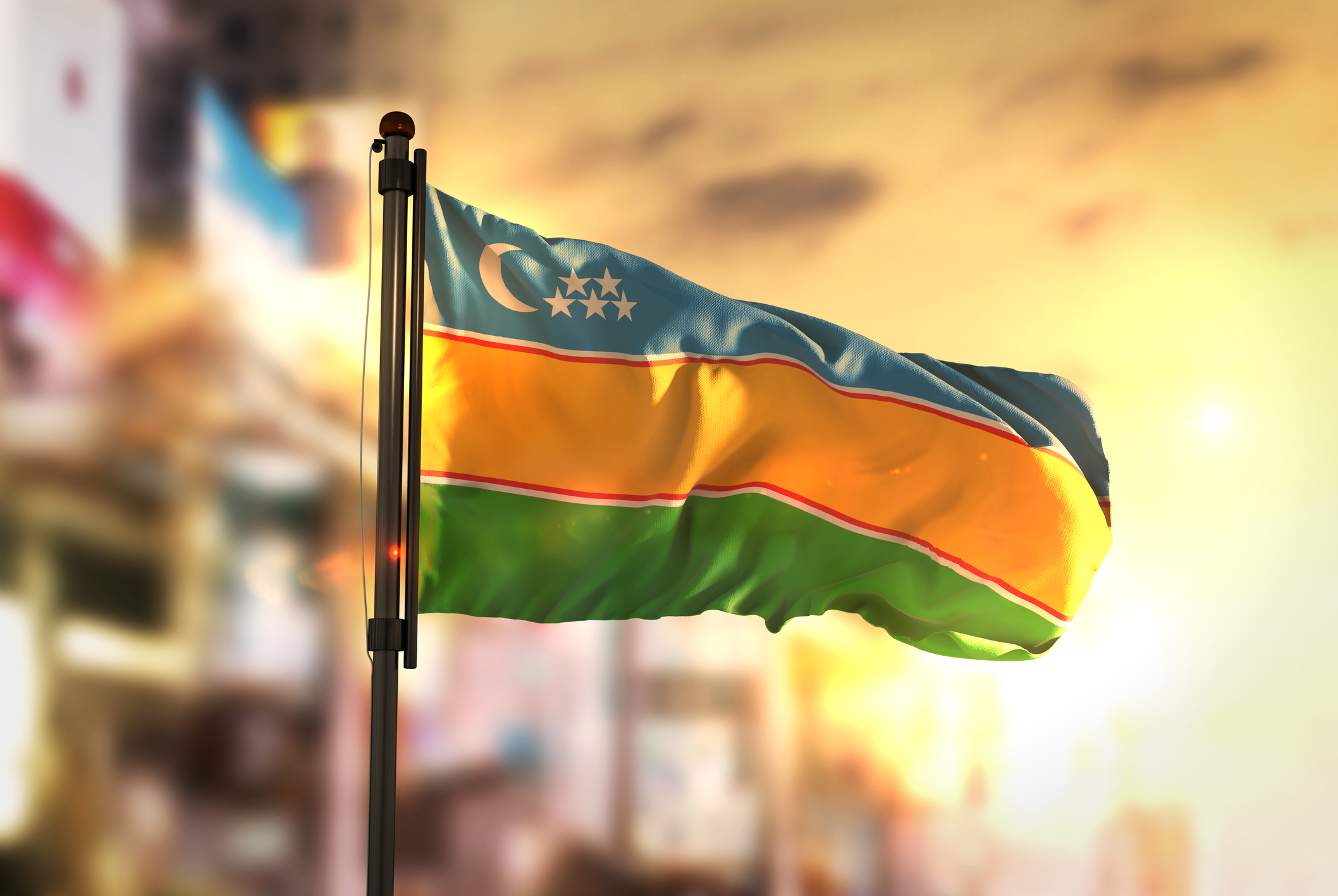 The civil unrest in Karakalpakstan, originally part of Soviet Kazakhstan and an autonomous republic in Uzbekistan since 1936, which caused the loss of 18 lives, was a shock to the Tashkent government which was readying a package of 170 amendments to the constitution (the Basic Law), and is preparing to host the Shanghai Cooperation Organization summit meeting in September.

The cause of the disorder was a proposed amendment, originally suggested by the Parliament of the Republic of Karakalpakstan, that would have banned Karakalpakstan from ever holding a secession referendum. The amendment was announced to the public as part of the public consultation period for proposed legislation.

Protests were peaceful at first, but escalated on the night of 1 July. Some local police sided with the protesters and the central government send additional police and national guard troops to Karakalpakstan’s capital, Nukus.

Uzbek president Shavkat Mirziyoyev, who said “foreign forces” were responsible for the violence. visited Nukus on 2 July and announced the offending amendment would be scrapped. He visited the city again the following day and warned that calls for separatism wouldn’t be tolerated and offenders would be punished. The government also imposed an Internet shutdown and declared a state of emergency, though mobile communications service has been restored.

The United States (U.S.), the European Union (EU), and the United Nations called for an impartial and transparent investigation, and Mirziyoyev said that the investigation will review uses of excessive force against protesters. The U.S. also called on Uzbek authorities to “protect all fundamental rights, including peaceful assembly and expression” and declared Washington “maintains its long-standing support for Uzbekistan’s sovereignty, independence, and territorial integrity.”

After an incident like this, the first question is: Is there a foreign return address?

That question dovetails with territorial integrity concerns as the post-Soviet space has seen other instances of instability in places that had Soviet-era autonomous status, such as in Georgia, Moldova, Azerbaijan, and Ukraine.

The Uzbeks were no doubt gratified to hear the U.S. acknowledge territorial integrity as an important concern as the Russian incursion in Ukraine, the deployment of Russian troops to Kazakhstan, Russia’s (temporary) obstruction of Kazakhstan oil exports to Europe, and recent ruminations of Russian president Vladimir Putin on the Bolshevik giveaway of “significant territories…to quasi-state entities” probably has the region’s leaders on edge at the prospect of another “frozen conflict” as outsiders attempt to redraw the region’s post-Soviet borders.

As to whodunnit, Russia probably helped.

In 2012, Uzbekistan quit the Russia-led Collective Security Treaty Organization (for the second time), angering the Kremlin. Shortly, a foreign-based separatist movement emerged that called for Karakalpakstan to be separated from Uzbekistan and joined with Russia. Following Russia’s annexation of Crimea, the Alga Karakalpakstan (“Forward Karakalpakstan”) movement resurfaced with approving commentary in Russian media.

We are seeing another example of this in Nagorno Karabakh where Karabakh Armenians are threatening  to “join Russia” as just as Armenia and Azerbaijan are engaged in peace talks mediated by the EU. The fact that the action of the Karabakh Armenians is positively acknowledged by a leader of Russia’s State Duma, and Russia’s top propagandist, may be a clue…

Seeing the cascade of breakaway areas all looking to Moscow, leaders in Tashkent probably recall the axiom, “Once is happenstance. Twice is coincidence. Three times is enemy action.”

A good rule in politics is don’t give the other guy an opening, but Tashkent did that by not holding intensive consultations directly with the Karakalpak people as their parliament appears to be ignorant of popular sentiment (a failing that should have been known in Tashkent.)

Though Mirziyoyev has taken a personal interest in the region’s welfare, and Tashkent’s extensive investments in the region have raised the standard of living,  more work is still required to ameliorate the decades of environmental degradation as a result of Soviet agricultural policies that led to desertification of much of the region.

From that sad base, Tashkent’s yet-unfinished program of reform and economic liberalization, which was slowed by the pandemic, may not have been enough to buffer the effects of the pandemic and current inflation, leaving the region, the poorest in the country, ripe for instigation and unrest.

Contributing causes may have been bureaucracy and ambition.

Officials no doubt rushed to bundle up the proposed amendments to get them on the president’s desk and, when they read something agreeable, they suspended good judgement and didn’t double check a proposal that was too good to be true. The just-dismissed head of the Presidential Administration, Zaynilobiddin Nizomiddinov, allegedly drove the process and ignored concerns in the Constitutional Commission about the amendment. In cases like this, we should recall Arthur C. Clarke: “Never attribute to malevolence what is mainly due to incompetence.”

Mirziyoyev’s reform program has raised the standard of living throughput the country but Karakalpakstan lags behind, despite significant reserves of natural gas which may motivate advocates of independence to tell the Karakalpaks the republic is economically viable despite its isolated location, limited connectivity, and ruined environment.

The challenges for President Mirziyoyev are three:

First, work to regain the trust of the Karakalpaks, who feel betrayed by the move to strip them of their right to hold a secession referendum. A transparent investigation (which will be led by Ombudsman Feruza Eshmatova and include MPs and local NGOs) of the precursors of the violence and the government’s response will help rebuild bonds between Nukus and Tashkent, and demonstrate to all Uzbeks the government is capable of reflection and correction in response to crises.

This will be Mirziyoyev’s primary task for the immediate future.

Second, ensure executive branch officials, from high to low, have the authority and confidence to say “Stop!” when the ship of state is steaming directly towards rocks and shoals. This will require a cultural change in a government where the president has vast authority, but pushing authority down the chain of command will avoid unpleasant surprises in the future, and empowered officials will repay that confidence.

Ensure Uzbekistan isn’t used as a “transshipment point” for controlled exports to Russia or Belarus as the way out of the U.S. sanctions trap may be concessions to Washington that aren’t in Tashkent’s best interest.

Also, don’t be inhospitable to Russian capital, but seek Chinese, Indian, or Western partners where possible.

Efforts like the $10-billion-dollar trade target with Turkey will also go a long way to buffering the economy.

Diluting Moscow’s presence won’t keep that “cultural attaché” from Nukus Street from after-hours mischief but it will minimize economic pressure points that can be exploited by foreign interests.