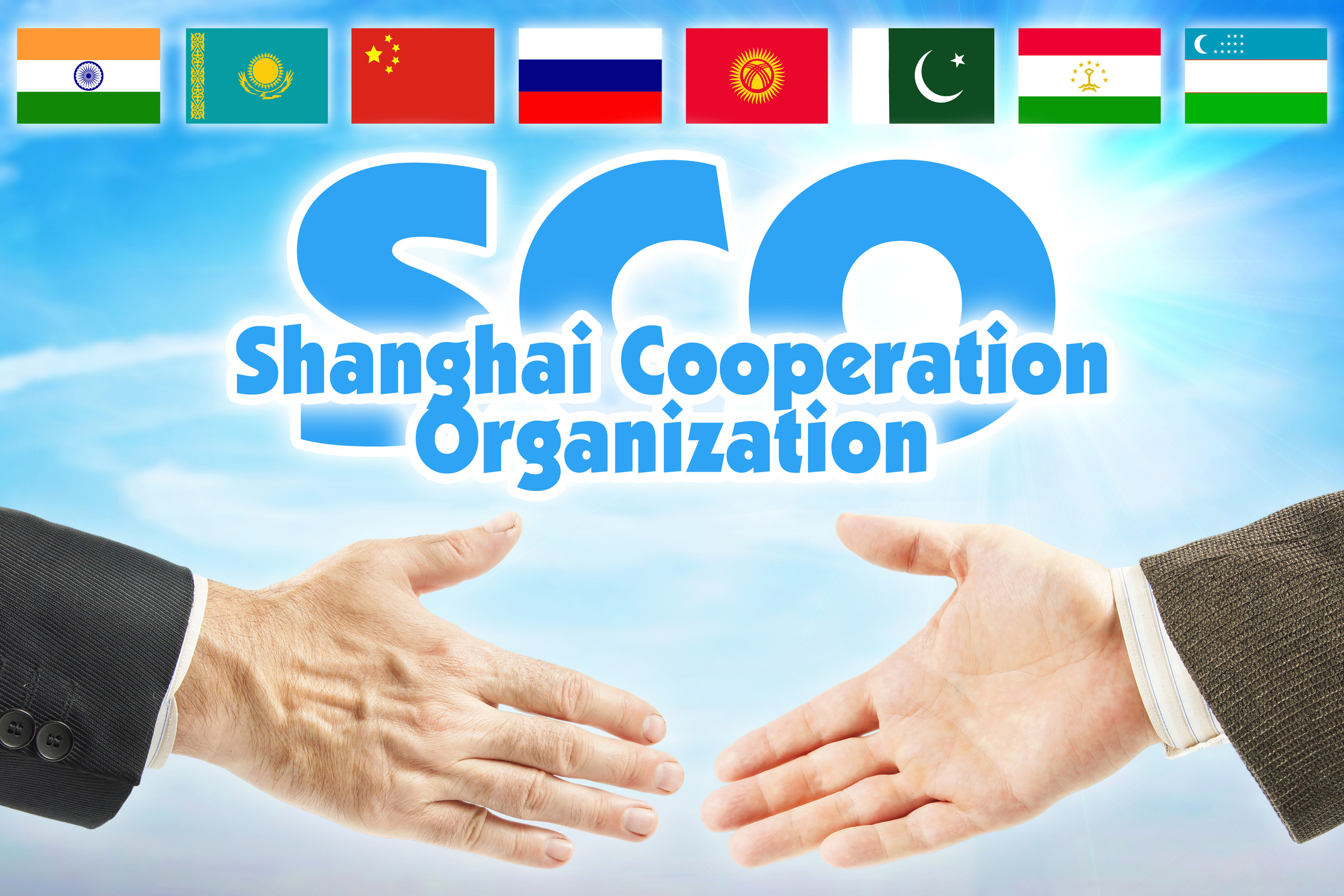 Uzbekistan is hosting the 2022 Shanghai Cooperation Organization (SCO) Heads of State Council on 15-16 September in Samarkand. The meeting will be chaired by Uzbekistan’s President, Shavkat Mirziyoyev.

This will be the first SCO Heads of State Council meeting since the intervention by Collective Security Treaty Organization (CSTO) peacekeeping troops in Kazakhstan in January 2022, the start of the Russia -Ukraine war in February 2022, the surge in energy and food prices in which have been highest in emerging market and developing economies, and the unrest in Uzbekistan’s Karakalpakstan region.

Many of the leaders have met in other for a since the last Heads of State Council meeting in 2021, but China takes a proprietary interest in the success of the SCO platform so will make decisions based on its observations at the summit, and is determined it be a success.

There are many internal and external issues the Council will have to address, but one on the attendees’ minds will be the G7’s just-announced Partnership for Global Infrastructure and Investment (PGII) which will mobilize $600 billion (yet to be raised) to counter China’s Belt and Road Initiative. PGII is the rebranded Build Back Better World,” which was announced in 2021 but stalled.

How PGII will complement the European Union’s EUR 300 billion Global Gateway is unknown, but PGII will focus on clean energy, health systems, gender equality and information and communications technology, reinforcing the old saw, “China does civil engineering and the West does social engineering.” (Or, as Afghanistan’s Reds said, Does that ideology come with electricity?)

Some external factors the council will address are how to mitigate the inflation in food and fuel prices, the recovery of Afghanistan’s economy and society in the wake of NATO’s 20-year intervention, ongoing instability in Pakistan, and the drop-off in interest in Afghanistan by the U.S. and NATO in the wake of the retreat from Kabul.

As most SCO members are in Central Asia, South Asia, and the Caucasus, the situation in Afghanistan of keen interest to them, the country’s recovery being hampered by Washington’s seizure of over $9 billion in central bank reserves that were kept overseas.

Uzbekistan recently hosted a meeting on Afghanistan, advocated engagement with Kabul over isolation, and urged the Taliban government to sever ties with terrorist groups, though the Taliban may have to first explain why former Al-Qaeda leader Ayman al-Zawahiri was living in Kabul until his recent killing by U.S. forces.

Internal issues that will have to be addressed are stresses between Kazakhstan and Russia, after   the CSTO deployment of Russian troops to Kazakhstan in January after an outbreak of unrest caused by a sudden increase in the price of liquefied gas.

Before the Russia-Ukraine war, Russian President Vladimir Putin ruminated on the Bolshevik giveaway of “significant territories…to quasi-state entities” which probably put the region’s leaders on edge at the prospect more “frozen conflicts” just as they were attempting the post-pandemic economic recovery.

Kazakh President Kassym-Jomart Tokayev opposed the Russian invasion of Ukraine, and his administration provided aid supplies to Ukraine (as did Uzbekistan), offered Kazakhstan as a business location to companies leaving Russia, and decoupled the Kazakh and Russian currencies. If Kazakhstan draws closer to the U.S. or Europe that will cause tension with Russia and China.

Kazakhstan reflects a broader trend of Central Asia states drawing away from Russia, partly because of the Russia-Ukraine war, and partly as a function of time and opportunity, such as China’s Belt and Road Initiative.

The leaders of the five republics recently met and pledged to address social unrest (Kazakhstan, Kyrgyzstan, Tajikistan, and Uzbekistan have seen unrest in the past two years) and stay focused on the situation in post-NATO Afghanistan (especially as Al-Qaeda may not be “gone” as U.S. President Joe Biden declared in August 2021).

At the meeting, Toqaev offered to help resolve a border dispute between Tajikistan and Kyrgyzstan, maybe to check Russia inserting itself in the problem, and in line with the republics’ interest in self-help.

But despite the pledges of greater cooperation, only three of five leaders signed the “Agreement on Friendship, Neighborliness, and Cooperation for Development of Central Asia in the 21st Century,” highlighting limits on cooperation in Central Asia and possibly later in the SCO. So, the republics may be drawing away from Russia, but they may not be drawing much closer to each other, which will provide opportunity for foreign interference.

China-India border tensions persist, lately due to highway construction in a contested area. Also, India has started to engage the Taliban and recently sent a team of diplomats to Kabul to reassert itself as a stakeholder in the region.

Pakistan’s political class will likely attempt to capitalize on India’s nascent return, wasting time and energy that should be devoted to the economy, though if Afghanistan hopes to become a full member of the SCO, Pakistan may vote Nay until Kabul “does something” about the Tehrik-i-Taliban Pakistan.

Pakistan is China’s “all weather friend,” but Beijing will want to avoid getting pulled into the middle of the scrap between Delhi and Islamabad which may hazard its BRI investments in Pakistan, especially restive Balochistan.

At the September meeting, Iran may be elevated to full membership. The Islamic Republic is the second-most sanctioned country in the world and, if the U.S. increases sanctions in retaliation for a failed attempt to revive the Joint Comprehensive Plan of Action, Iran’s economy will be under more stress, limiting cooperation opportunities with other SCO members, both because of Tehran’s lack of resources and the threat of secondary sanctions or political retaliation by the Americans.

Afghanistan wants to be elevated to full membership in the organization but the Taliban regime has been ostracized by the West for defeating NATO, the leaders of the emirate have been sanctioned for past and recent offenses, and the country is broke as the previous government was heavily dependent on Western aid (and the U.S. seized the central bank reserves).

Kabul will be a problematic SCO member but the country’s location is key to regional connectivity, and its mineral wealth could help finance the country’s development, provided the Taliban government can ensure security and respect investors’ rights, both tall orders as China will be reluctant to get involved to encourage the latter, being held back by its policy of non-interference on others’ internal affairs.

In view of the unrest in the Central Asian republics, SCO members may have greater interest in tracking foreign cash flowing to local actors, which will be opposed by the West that uses the subventions to build “civil society,” but which local leaders will see as foreign interference.

China just wants everything to be tranquilo and will press the republics to address the causes of the unrest by ensuring more economic opportunity, both to secure its BRI investments and minimize the potential for popular unrest and subsequent foreign interventions (other than its own, of course).

The SCO is a platform that, though created by China to advance China’s interests and curb U.S. influence in Central Asia, is most useful to its members when it promotes policies and institutions that ensure shared economic development.

The SCO also gives its members the opportunity for direct dealing with two permanent members of the UN Security Council, and is a way to balance between the U.S. and China/Russia. In light of unrest in SCO countries, and tension between NATO/EU, Russia, and China, the meeting will be closely watched for results that put Eurasia on a path to economic development that is politically sustainable and that prioritizes local sovereignty, independence, and territorial integrity, which will rebound to the long-term economic benefit of the big powers of the East and West.