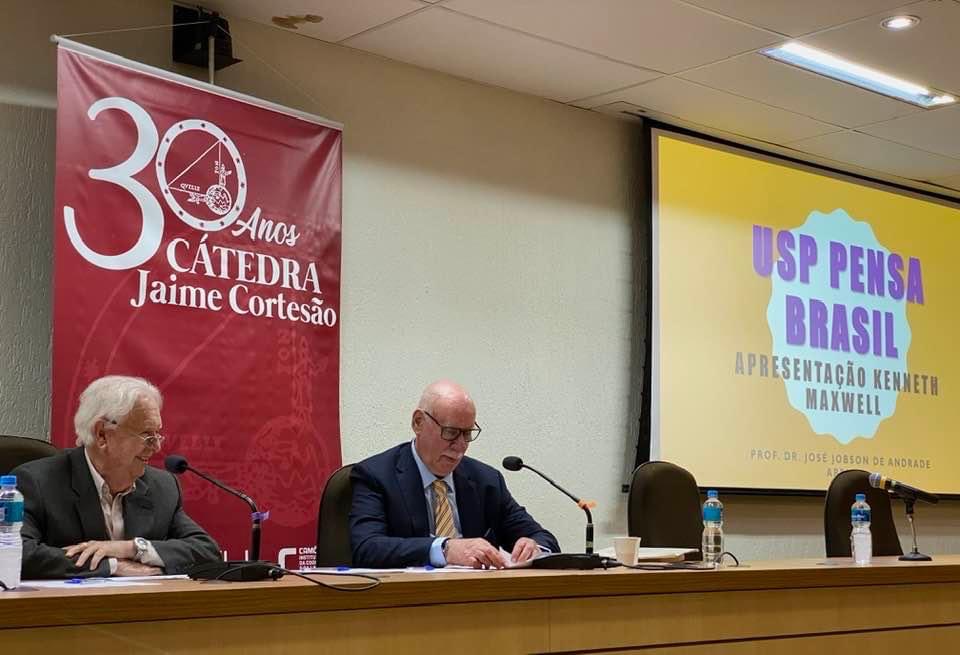 Editor’s Note: Professor Kenneth Maxwell recently completed his research on the “global revolution” from the United States to France and then its perceived impact on Brazil. We are presenting his research in a series of articles which will incorporate his entire longer piece.

We start first with his introduction.

In early 1789, a republican, constitutionalist, and anti-colonial rebellion was planned in Brazil. It challenged empire in the apex year of the Atlantic revolutions. It revealed the weaknesses as well as the strength of imperial adaptation in the face of challenges on both sides of the Atlantic. The Minas Conspiracy also revealed the ambiguities and misinterpretation of the commitment of the individuals involved in the United States, in France, and in Brazil at this critical moment of political transition.

Minas Gerais was the source of Portugal’s vast eighteenth-century wealth in gold and diamonds.

The would-be insurgents in Brazil took their inspiration from the successful war of American independence from Great Britain and the establishment of the United States of America.

This is an Atlantic history of the diffusion of republican and anti-colonial ideas that links North America, Europe, and Brazil between the years 1776–1778 and 1789–1792 in the complex and contradictory history of the transatlantic transmission of constitutional models.

It is a history of Atlantic empires at a moment of profound transformation that joins the nation-building experiments in North America to the new constitutional republic the conspirators in Minas Gerais intended to create in Brazil in 1789.

At the center of this “imagined” Brazilian republic was a book: the Recueil des loix constitutives des colonies anglaises.

The original edition was purportedly published “in Philadelphia.” In fact it was published in France. The copy held by the Minas conspirators was a pirated edition.

(Two copies of the Recueil were published in 1778. One claimed it was published in Philadelphia, “et se vend à Paris, rue Dauphine, chez Cellot & Jombert, jeune fils, Librairies, la seconde porte cochère à droite, au fond de la cour.” The second, a pirated edition, claimed it was published “en Suisse.” This is the copy today held in the collections of the Casa do Pilar of the Museu da Inconfidência in Ouro Preto, where I was able to examine it. I am most grateful to the director of Museu da Inconfidência, Dr. Rui Mauro, for permission to examine the Recueil in 2003 and in 2013, and to the staff of the Casa do Pilar, especially Suely Perucci, on both occasions for all their assistance and help.)

Benjamin Franklin and Thomas Jefferson both served as envoys from the United States to the court of the French King Louis XVI. Franklin was the American envoy from 1776 until 1785, and Jefferson from 1785 to 1789.

Both Franklin and Jefferson were to play key roles in the transmission of constitutional and republican ideas between the United States and France and subsequently, and inadvertently, between France and Brazil. In 1778 Franklin was instrumental in the publication of the Recueil in France.

In 1787 Jefferson met secretly at Nîmes in southern France José Joaquim Maia e Barbalho, a young Brazilian student from Rio de Janeiro who was studying medicine at the University of Montpellier. Charles Gravier, the Comte de Vergennes, the French foreign minister, was seeking to avenge France’s defeat in the Seven Years’ War.

He was Franklin’s intermediary in the publication of the Recueil, which contained the foundational constitutional documents of the United States of America: the Declaration of Independence, a first draft of the Articles of Confederation, a census of the English colonies of 1775, a navigation act, the honorary doctoral degree awarded to General George Washington by Harvard University, and the constitutions of six of the thirteen original American states—Pennsylvania, New Jersey, Delaware, Maryland, Virginia, and South Carolina, with additional documents concerning South Carolina and Boston.

José Joaquim Maia e Barbalho and his fellow Brazilian students in France and Portugal— and in England in the case of fellow Coimbra University student José Álvares Maceil from Minas Gerais—were all fascinated by the American struggle for independence and the constitutions included in the Recueil precisely because of what these revealed about the vulnerability of the Portuguese empire in Brazil.

In May 1789, the Portuguese governor of Minas Gerais, Luis Antonio Furtado de Castro do Rio de Mendonça e Faro, the viscount Barbacena, discovered that a copy of the Recueil was in the hands of the Minas conspirators in 1788–1789 in Vila Rica and that it had informed the model for the independent, republican, and constitutional government they intended to establish after Portugal’s rule was overthrown.

Barbacena had first been told about the proposed uprising by Colonel Joaquim Silvério dos Reis two months earlier on March 15, 1789, at Cachoeira do Campo, his country residence to the northeast of Vila Rica. On March 25, 1789, Barbacena wrote secretly to the viceroy in Rio de Janeiro, Luís de Vasconcelos e Sousa, who was his uncle, to warn him of the projected revolution.

A formidable conspiracy existed, he told the viceroy, among the “powerful men and magnates” in Minas Gerais who “are the most capable and likely that I know for so great an evil.” “The people of any importance or greatest stature in the captaincy are almost all debtors in all they possess to Her Majesty,” he continued, “and only a revolution could adjust the accounts to their benefit.”

He had acted with the “most judicious measures and the greatest circumspection” and because he was “without forces and without advise, because the officers of the only regiment that I have are for the most part, interested in the revolution… it is certain he had at his disposal no more than 70 soldiers… [and] no force in which he had confidence… and not a single barrel of gunpowder.”

He had as a consequence “resolved to dissimulate.” In an annotation by the copier of   the document as a “pos-datum,” Silvério dos Reis is said to have mentioned that he suspected that there “had, or had been, some kind of correspondence with France about this business, or that there had been a person who had in some way promoted it.”

Colonel Silvério dos Reis had been intimately involved with the plotters. He was a major landowner, militia commander, slave owner, and a contractor of the tax farms of Minas Gerais. He was also a major debtor to the royal treasury on both of his contracts.

In June 1786 the secretary of the Junta da Fazenda (the exchequer board) of Minas Gerais, Carlos José da Silva, reported to the secretary of state for the overseas dominions in Lisbon, Melo e Castro, that Silvério dos Reis, together with João Rodrigues de Macedo, the region’s de facto banker, major entrepreneur, and tax farmer, owed between them over a million milreis to the royal exchequer.

Barbacena found himself dangerously exposed in March 1789, especially because of the involvement of senior officers of the Minas Dragoons in the plot, including the commanding officer, Lieutenant Colonel Francisco de Paula Freire de Andrade. The plot also involved the participation of leading lawyers, magistrates, and landowners.

Barbacena acted immediately to strengthen the “Portuguese party,” especially over the month between the arrest of Tiradentes in Rio de Janeiro on May 10, 1789, and the arrest of the major conspirators in Minas Gerais on June 12, 1789. This allowed time for the quiet deployment by the viceroy from Rio de Janeiro to Vila Rica of a squadron of three hundred cavalry from the viceroy’s own bodyguard, which arrived in Vila Rica on June 24, as well as two hundred infantry from the Portuguese regiments of Moura and Bragança.

On June 15, 1789, Colonel Francisco Antônio de Oliveira Lopes had testified that “for the plan [for the insurgency], Dr. José Álvares Maciel had brought a volume [código] of laws by which the English Americans are governed.”

He said that the vicar Carlos Correia de Toledo had said that Álvares Maciel would be responsible for making gunpower and establishing factories (fábricas) and that he remembered “that his cousin, Dr. Domingos Vidal de Barbosa, while in France, knew that one of the students at the University of Montpellier, also a son of this America, wrote a letter to the Minister of English America resident in Paris about the liberty of this Portuguese [America].”

The featured photo is of Professor Maxwell’s keynote address in Brazil to recently held Congress on the Bicentennial of Brazil’s independence at the University of São Paulo..