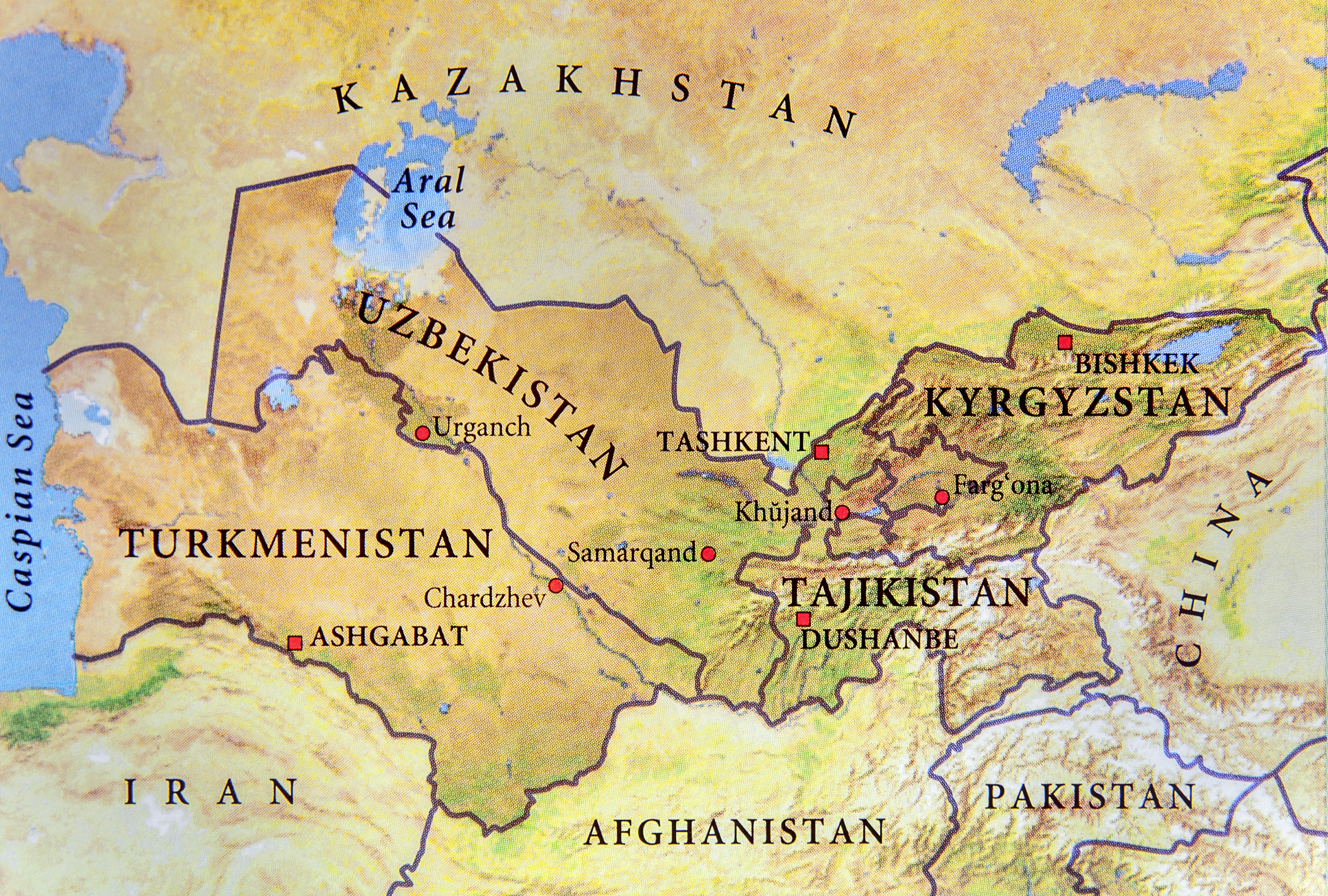 Politico recently reported the U.S.  government is attempting to barter the aircraft formerly belonging to the Afghan military to Uzbekistan and Tajikistan for “counterterrorism help in Central Asia,” that is, intelligence information about the Taliban government, and Al-Qaeda, Islamic State Khorasan (IS-K), and other terror groups based in the Islamic Emirate.

If Uzbekistan went further and concluded a strategic partnership with the U.S., would it increase or decrease the risks to Tashkent?

Uzbekistan was the venue for several high-profile events, the latest being the September 2022 Shanghai Cooperation Organization (SCO) Heads of State Council in Samarkand. The country, an able host, can use its location and competent diplomatic corps to migrate from “conveyor” to “mediator,” taking advantage of its location and links to the other Central Asian states, Russia, China, Iran, Turkey, India, Pakistan, and Afghanistan.

Uzbekistan publicly hosted a Taliban delegation in 2018 and called for intra-Afghan negotiations to end the civil war. Since then, Tashkent has maintained high-level links with the Taliban via its envoy, Ismatulla Irgashev, and in June hosted US-Taliban talks on the economic challenges to Afghanistan.

Uzbekistan has also provided Afghanistan with steady electricity supplies, despite late payments by Kabul, and promoted a project to connect Central Asia to the Indian Ocean, via Pakistan and Afghanistan, which will boost regional economies and enhance Uzbekistan’s regional leadership.

So, Uzbekistan has a lot on its plate with its southern neighbor.

What’s in it for the Uzbeks if they accept the American offer?

Everyone likes free aircraft, but is a handful of used Mi-17s worth the obligations Washington will press on Tashkent?

Tashkent and Dushanbe will have to consider the reputational risk of a close alliance with Washington, which publicly scarpered from a two-decade, $2 trillion project in Afghanistan, and so may casually jettison a less complicated and expensive tie-up with another country far from its shores.

For example, it will be difficult for Tashkent to engage with Kabul, or mediate regional disputes, if the Taliban suspect everything they disclose in confidence will soon be winging its way to Washington.

The U.S. tendency to securitize all relationships, and its “with us or against us” attitude, may limit regional governments’ maneuver room as they strive to secure their southern borders, avoid the grasps of China and Russia, and grow their economies in a post-pandemic, high inflation environment.

In July, the border city of Termez came under fire by projectiles apparently from Afghanistan. No culprit took responsibility but IS-K claimed to be the instigator of an earlier rocket attack on Termez in April.

Uzbekistan has recently concluded investment deals with Saudi Arabia and the United Arab Emirates, and Russia and China, and may become a target-rich environment for future jihadis with additional diplomatic complications if foreign nationals are killed in attacks.

In addition, the Uzbeks do not want a repeat of the Summer 2004 bombing campaign by an Islamic Movement of Uzbekistan splinter group that hit the US and Israeli embassies, and the office of the Uzbek prosecutor-general. The attacks left 33 militants, 10 policemen, and four civilian dead.

Neighboring Tajikistan may present a more complicated “opportunity” for the United States.

The country is a major drug trafficking corridor and traffic has increased since the Taliban took power in August 2021. In 2015, Tajikistan has concluded a security cooperation agreement with Iran and now hosts an Iranian drone factory to manufacture reconnaissance and attack drones.

Tajikistan also hosts bases for Russia, China, and India, so any American involvement will be immediately evident and exploited by opportunistic foreign security services, and maybe by Tajik officials cooperating with Russia, China, India and Iran, or the traffickers.

The Taliban are aiming at Tajikistan as they recently transferred 16 terrorist leaders to the Afghan provinces of Kunduz, Baghlan, and Badakhshan, which border Tajikistan. The Taliban may be concerned about insurgent threat from the National Resistance Front of Afghanistan, which has sanctuary in Tajikistan, or it may think Tajikistan is the “soft underbelly” of Central Asia and the easiest way to infiltrate the region.

To operationalize the region against Russia, China, or Iran, or be consistent with its official regional policy of independence, sovereignty, and territorial integrity?

If the latter, Central Asians should assume Washington may suddenly pivot to the threat du jour whatever its declared intentions, unless it yokes itself to Washingtons programs for Russia, China, and Iran, and eventually accepts the presence of American troops.

In short, the U.S. wants Uzbekistan and Tajikistan to help it secure objectives it failed to get from two years of negotiations with the Taliban resulting in the Agreement for Bringing Peace to Afghanistan.

And will a partnership with Washington provide investments to offset lost opportunities from Moscow and Beijing if Central Asian businesses are collateral damage of the U.S. economic warfare campaign against Russia and China?

China has pumped over $65 billion into Central Asia. The early lenders were state policy banks, the Silk Road Find, the Asian Infrastructure Investment Bank, and the BRICS New Development Bank, and eventually international commercial banks took on a larger role at the encouragement of Beijing.

The U.S. has development tools, such as the International Development Finance Corporation, but US officials can only promise to “talk up” the region to the private sector, and cannot make firm commitments à la General Secretary Xi.

The Biden administration is pursuing a revived (and revised) nuclear deal with Iran, but it will continue Washington’s long-term regime change campaign against Tehran. Iran has engaged Central Asia as part of its Look East policy, however Central Asians don’t see Iran through the American lens, but as a potential market of 85 million customers, the host of the International North–South Transport Corridor (INSTC), a 7,200-km-long multi-modal transport route spanning India, Iran, the Caucasus, Central Asia, Europe, and Russia and, in Tajikistan’s case, a neighbor with whom it shares cultural ties.

China is building a “land-based trade and energy route across Eurasia” both to secure its restive, western Xinjiang province, and build an alternate transport route if the U.S. attempts a blockade of its seaborne trade. The infrastructure China is building is helping alleviate Central Asia’s “infrastructure deficit,” estimated at $33 billion per year by the Asian Development Bank.

Local leaders understand China’s expectations, and likely consider that Chinese money has fewer obligations than American or European cash. As opposed to the West’s programs to insert its culture and values in target societies, China is relatively aloof; the Beijing regime is atheist and Communist, but it isn’t compelling others to be atheist or Communist. China will always be a neighbor and there is no upside to getting squeezed between two giants. Leaders in Tashkent and Dushanbe can see Europe is suffering inflation and energy shortages as the price of its partnership with Washington against Russia, while America is relatively unscathed.

For the U.S. it’s a simple trade: barter some used aircraft for information, and someday a forward base. Though Uzbek  law bans foreign military bases, the U.S. will probably pitch the  presence as a “military training mission” – like the mission to Saudi Arabia that has been operating since 1953.

On the other hand, Uzbekistan and Tajikistan have complex, long-term considerations for economic development and political risk to consider before they take Washington’s gift.

What is the Plan B if U.S. priorities change, and how will Russia, China, or Iran react if Tashkent and Dushanbe are forced to return, hat in hand?

US commanders in Afghanistan were aways proclaiming they were “shohna ba shohna” (shoulder to shoulder) with their Afghan mates but, after the NATO retreat from Afghanistan, a too-close relationship with the U.S. and its NATO confederates could be characterized as: “Instead of the benefit of the doubt, it’s now all doubt and no benefits.”

The best move for Uzbekistan and Tajikistan is to publicly declare the aircraft should be given to Ukraine. This will require the U.S. to dispose of the aircraft, freeing them from the cost of storing the aircraft and, though Russia will grumble, Moscow will understand why the Central Asians are using the “gift” as a timely diplomatic move to satisfy Washington, while maintaining the trade relationship with Russia, which is Uzbekistan’s biggest trade partner, and source of 30% of its food imports.

Uzbekistan and Tajikistan should declare they are limiting cooperation (though “focusing limited resources on priority areas” sounds better) with the U.S. and EU to counter-narcotics, human trafficking, and counter-terrorism, which are justifiable to their citizens, and will find favor with Moscow as many of the Afghan-sourced narcotics and refugees are headed to Russia.

Rather than getting too close to the U.S. and Europe, if the Central Asian capitals need a security partner a better choice is Turkey.

Turkey can provide up-to-date training and equipment and is an investor in the region. Istanbul has less baggage than Washington and, as a “local,” will have a keen interest in workable political and security solutions as it isn’t protected by broad oceans. Though Turkey is facing severe economic challenges, its influence is increasing, as Russia is preoccupied with the war in Ukraine and is less focused Central Asia, even though the region is no less important after the departure of NATO.

Central Asia and America have a future together.

But, given the doubt engendered by Washington’s disorganized retreat from Kabul, then the careless  confiscation of the Afghan central bank’s reserves, Central Asia should pursue economic links with America (though they will be limited) and cement cultural and security ties with Turkey, which will best preserve the region’s autonomy while safeguarding  its culture and values.

James Durso (@james_durso) is a regular commentator on foreign policy and national security matters. Mr. Durso served in the US Navy for 20 years and has worked in Kuwait, Saudi Arabia, and Iraq.