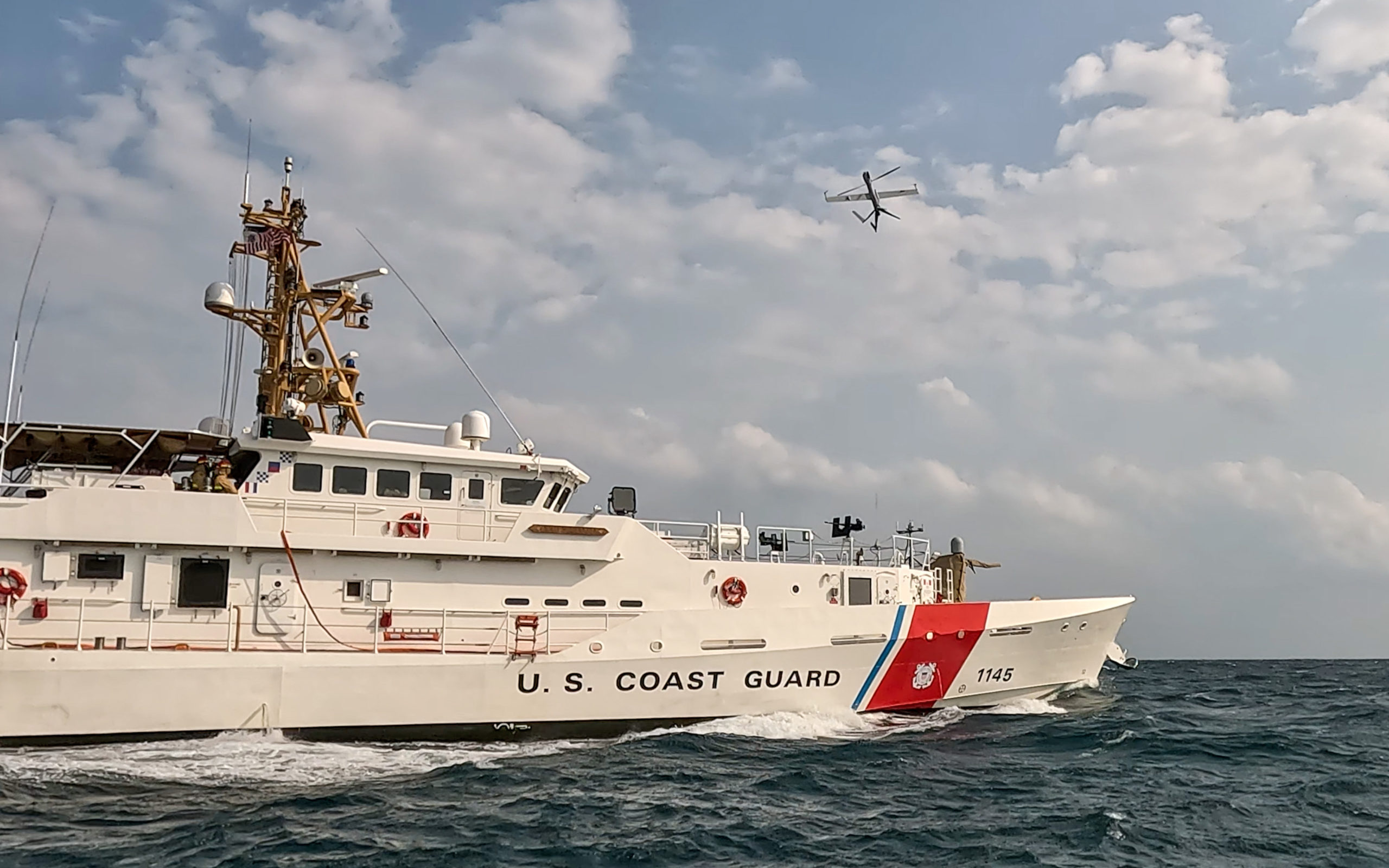 Task Force 59 is conducting Digital Horizon, a three-week event focused on integrating new unmanned and artificial intelligence platforms, including 10 that are in the region for the first time.

“Each day during Digital Horizon we have pushed to discover new capabilities, fast,” said Capt. Michael Brasseur, commodore of Task Force 59. “I am so proud of the team for their steadfast commitment to not only imagine new possibilities, but to deliver them.”

“We are so excited to be part of Digital Horizon and play a critical role by helping integrate new technologies into the fleet,” said Lt. Patrick Kelly, Emlen Tunnell’s commanding officer. “I am so proud of the crew for their dedication, commitment and professionalism, which made today’s success possible.”

The Flexrotor can support intelligence, surveillance and reconnaissance (ISR) missions day and night using a daylight or infrared camera to provide a real-time video feed.

In addition to providing ISR capability, UAVs like the Flexrotor enable Task Force 59 to enhance a resilient communications network used by unmanned systems to relay video footage, pictures and other data to command centers ashore and at sea.

U.S. 5th Fleet established Task Force 59 more than 14 months ago. Since its launch, the task force has deployed a suite of new unmanned systems while integrating artificial intelligence at operational hubs in Jordan and Bahrain.

Emlen Tunnell is one of the Coast Guard’s newest Sentinel-class fast response cutters forward-deployed to Bahrain where U.S. 5th Fleet is headquartered.

This article was published on December 7, 2022 by U.S. Naval Forces Central Command.