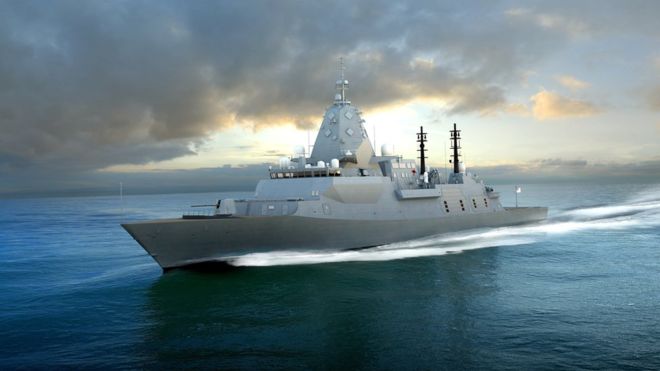 According to ABC Australia:

The contract is a key building block in the Federal Government’s defence industry plan, which Malcolm Turnbull says will form a “truly sovereign national Australian shipbuilding industry” ensuring the country’s security and prosperity.

ASC Shipbuilding, which is owned by the Australian Government, will become a subsidiary of BAE during the build.

Its shipyard in the Adelaide suburb of Osborne will be the hub once production starts in 2020.

The Hunter class frigates are expected to enter service in the late 2020s and will eventually replace the current Anzac class frigates, which have been in service since 1996.

However, the UK Royal Navy is also buying the Type 26, the first two of which are currently under construction. That fleet is not expected to be operational until 2027, which has some questioning whether the Australian frigates will be delayed.

At the end of the building program Australia will resume complete ownership of ASC Shipbuilding, meaning intellectual property of the Australian type 26 will be retained by the Commonwealth. 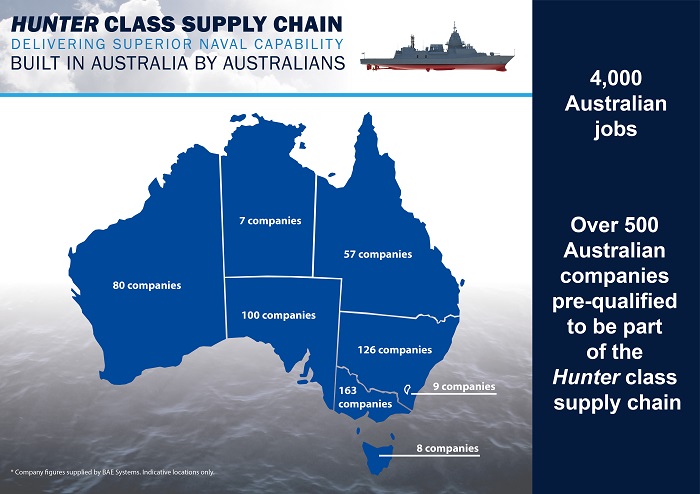 In a story published on June 28, 2018 by George Allison and published in the UK Defence Journal, the role of Australian defense industry in the build out of the frigate was discussed.

Australia has a long history of building ships domestically, usually from foreign designs modified to the RAN’s requirements.

As is the story in many other countries however, the Australian shipbuilding industry’s fortunes have waxed and waned with the cycle between major navy projects.

The only export or civilian shipbuilding of any significance in the country being confined to fast ferry specialists Austal of Henderson, Western Australia and Tasmania’s InCat.

As in the UK, local political sensitivities are also a factor.

Under project SEA4000 modules for the Hobart class destroyers were built by yards around the country, being consolidated at ASC’s yard at Osborne, near Adelaide in South Australia. Under SEA5000 however it is expected all major fabrication and certainly all assembly will be done at Osborne.

The terms of the competition do not compel bidders to work with ASC, but they are obliged to locate the work at Osborne.

The decline of manufacturing in South Australia, recently punctuated by the exit of all major car manufacturers, has put immense pressure on all sides of politics to be conspicuous in their support the state’s other remaining major manufacturing industry.

And a BBC news story published on June 29, 2018 highlighted the advantages of the British design.

Independent defence analyst Paul Beaver said the appeal of the Type 26 design is that it is modular.

“We are supplying the technology behind the hull, other nations will put their engines, their weapons systems into it. It’s designed in a way that it can cope with that.

“You don’t have to buy a certain type of missile or gun.

You can buy a raft of different ones which will be very attractive.”

He said he believed the agreement would turn out to be part of a wider deal on defence procurement between the UK and Australia. The UK Defence Journal provided an overview of the Type 26 Frigate and its approach to modularity which can be found here:

A Guide to the Type 26 ‘City class’ Frigate