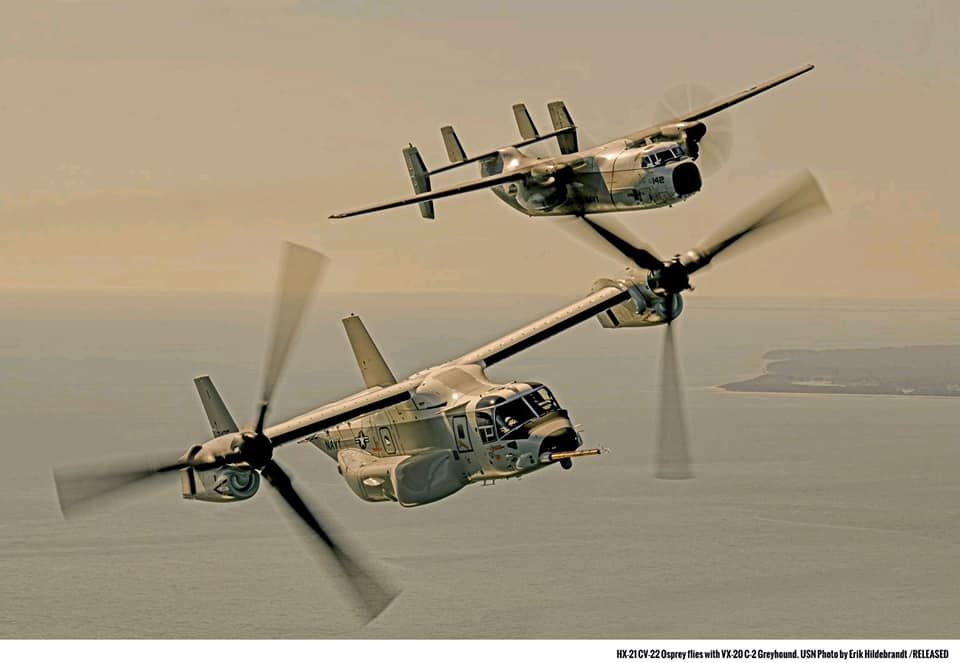 On February 7, 2020, the US Navy officially received its first CMV-22B Osprey, the replacement for its venerable C-2 Greyhound aircraft.

The tiltrotor is not the same in any real sense as a traditional rotorcraft, and the increased range and speed of the Osprey and its unique operating envelope has proven to be a significant capability for the Marine Corps which they have been able to leverage to transform their core operations.

Now the US Navy will be transitioning from a fixed-wing aircraft configured to operate with the cats and traps system onboard an aircraft carrier (the C-2) to an aircraft (the Osprey), which is not limited by that system will  not operate in any way like a C-2.

It is undoubtedly going to also be a significant opportunity for the Navy to manage the transition and to understand fully how to make the most of the new aircraft’s capabilities to conduct Airborne Logistics from the Sea Base in new and innovative ways.

The report in PDF format can be found here:


And can be read as an e-book below: