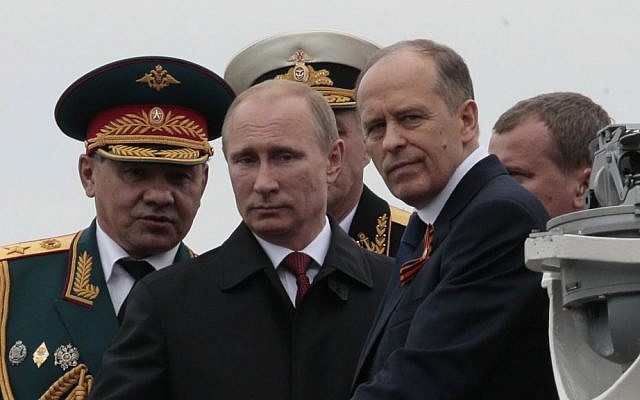 In the latest Williams Foundation report, we deal with the strategic shift from counter-insurgency and stability operations to the new strategic phase of great power competition and conflict.

With the return of great power conflict and the return of core nuclear questions with the coming of a second nuclear age, force structures are changing along with concepts of operations as well as the need for relevant and effective crisis management strategies.

A strategic shift is underway for the military.

The past decade the military has primarily focused its training and operations dealing with counter-insurgency and stability operations. Now the need to deal with operations in contested air and sea space from adversaries who can bringing significant capability to bear against US and allied forces requires a significant reset of efforts.

It is a strategic space in which operations in contested settings is where the military will operate. It is about learning how to deal with the policies and capabilities of peer competitors who are seeking strategic and military advantage against the liberal democracies.

And this challenge is one which will require the civil leadership to come to terms with the challenge of crisis management in which escalation and de-escalation will have to be mastered as a strategic art form.

It is not just about sending off the military to fights thousands of miles away and welcoming them back from time to time.  It will be about facing the adversary squarely and forcing his hand and shaping outcomes to the benefit of the liberal democracies against those of the illiberal powers, and by doing so with using military means as one of the key tool sets.

We have seen several manifestations of a new strategic era in which contested operations require a different approach, a different force structure response, and, above all, shaping a relevant crisis management capability.

It started with the Russian seizure of Crimea, continued with the Russian projection of power into Syria, a rapid expansion of the number of intercepts by Western quick reaction forces in Northern Europe of Russian aircraft, with events such as a simulated Russian strike against Norway’s northern C2 facilities, the Chinese build out into the South China Sea, a very aggressive North Korean nuclear test and missile modernization approach, and significant modernization of the forces of the Chinese, Russians and North Koreans, and Iranians, with real uncertainty about how the edges of warfare begin and end with regard to the use of the increasingly diverse arsenal which the illiberal powers have at their disposal.

And this new period comes as the Western liberal powers are modernizing their own forces, which raises the question of how their modernization processes will be shaped to deal with the new threat dynamics, threat envelopes and evolving strategic behavior and decision-making capabilities of the authoritarian powers.

Since 2014, the Williams Foundation has held a series of seminars, which have looked at the nature of military transformation enabled by new platforms, new technologies and new approaches.

Now, the Foundation is focusing on the new strategic context within which this force will operate and the kinds of further changes necessary for Australia and allied forces in facing the challenges posed by peer competitors.

On March 22, 2018, the Williams Foundation hosted a seminar which began the process of examining these key questions. This report is based on that seminar.

This enhanced version of the report includes the interviews conducted prior to, during and after the seminar. We have published on defense.info, a version with just the seminar report itself.