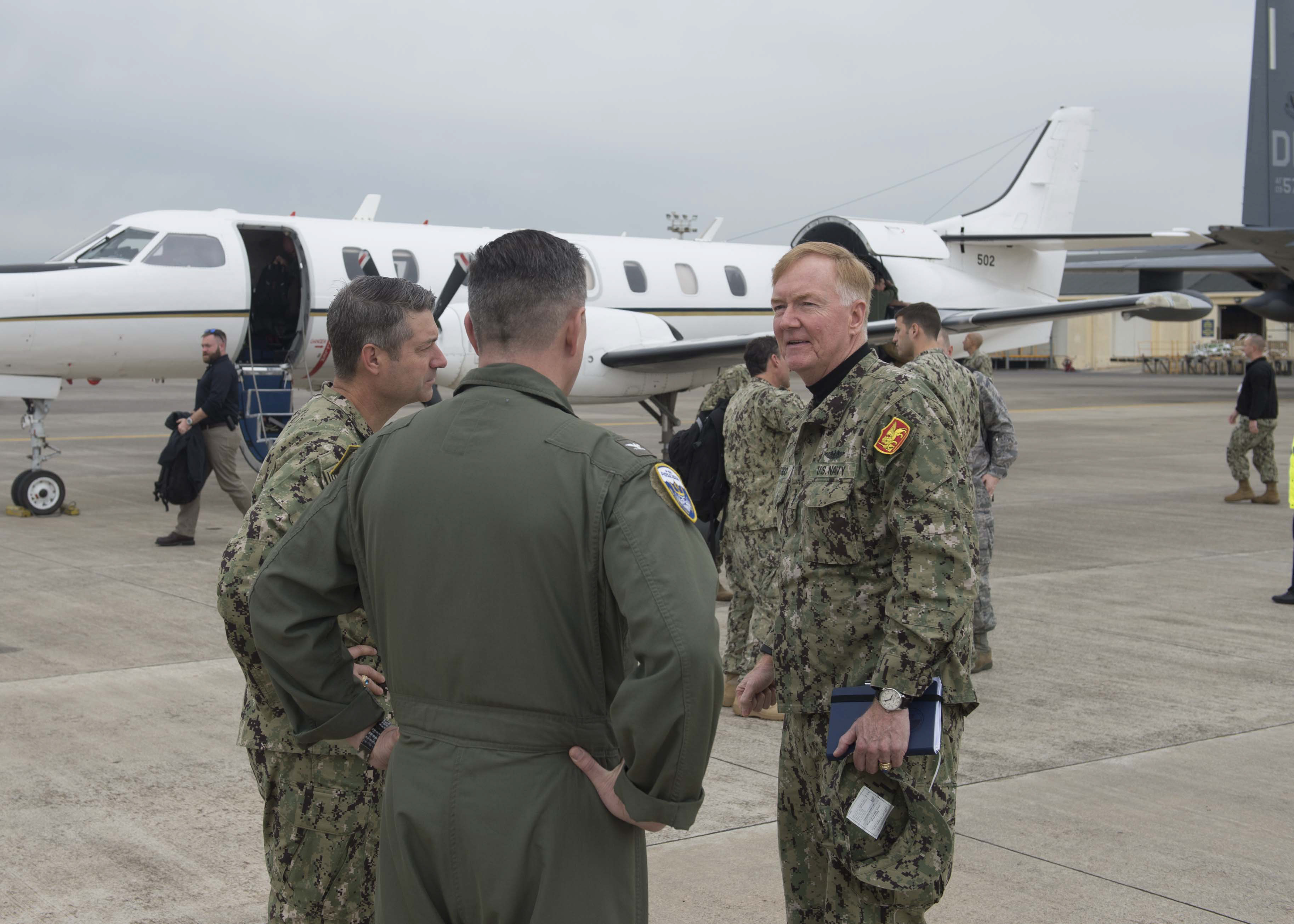 “We’re seeing a surge in undersea activity from the Russian Federation navy that we haven’t seen in a long time. Russia has continued to put resources into their undersea domain; it’s an asymmetric way of challenging the West and the NATO alliance, and actually they’ve done quite well,” Adm. James Foggo, the commander of U.S. Naval Forces Europe and Africa and NATO’s Allied Joint Force Command Naples, told reporters  at a Defense Writers Group breakfast.

“We in the United States submarine force still enjoy the competitive edge, I think we’re the best in the world and we need to stay that way.”

On the research, development and acquisition side, he told USNI News that unmanned aviation could provide his vast theater many benefits.

“Knowing what’s going on out there is extremely important. So for unmanned systems, [intelligence, surveillance and reconnaissance] is probably one of our limitations and we could use more of it. Indications and warnings are important. If you could put an unmanned system up, then there’s less of a risk, less of a threat,” he told USNI News during the breakfast.

“It extends the range of the strike capability or the reconnaissance capability of that aircraft, but it also puts the carrier in a position where it can be more stealthy and it can remain in the fight,” Foggo said.

Additionally, the admiral spoke of netted coastal defense systems and other anti-access/area-denial (A2/AD) systems that the U.S. and its allies should be pursuing, in a similar manner that Russia has.

“As I tell the allies and partners, if you are limited in the amount of resources you have and you want to protect your shores, then think about what the Russians do with A2/AD and go after similar systems: smart mines, anti-ship cruise missiles, coastal radars that are connected,” the admiral said.

“For 10 years we’ve assisted the Africans with the Yaoundé Code of Conduct in joining coastal radars down the Gulf of Guinea so they have seamless integration across maritime territorial boundaries. And now, if there’s a bad actor out there, somebody who’s trafficking or somebody who has other malicious intent, they can pass off that information if he crosses a maritime domain boundary to the next nation, who can go out and intercept him. If they can do that, we can do that, and there ought to be an investment in that sort of thing in the future.”

Foggo made clear he’s happy with today’s technology at his disposal to counter Russian undersea activity in the North Atlantic and in the Mediterranean especially.

“The beauty of the platforms that I operate with – particularly the late-generation Virginia-class submarine, which is the best in the world, has the ability, flexibility, agility, dwell; it can stay places for a long time submerged, stealthy; and it has speed, it gets places fast, so I can move it around like a chess piece on a chessboard,” he said, adding that these SSNs and other ships allow him to leverage “a zone defense approach” to monitoring and pushing back against Russian undersea activity….

On the Russians, he said, “we’re seeing the Russians deploy more submarines in the North Atlantic, and these subs are deploying for longer periods of time and with more lethal weapon systems. Russia has returned to Soviet-era outposts and has built new military facilities in the Arctic Circle. Russia’s even built an icebreaker that can carry the Kalibr missile. So I’ve got to ask, who builds an icebreaker with a missile battery onboard? We’ve seen an increase with Russian submarines out on patrol in 2019 and more than I’ve seen throughout my time in Europe over the last 10 years.”

As for the U.S. and NATO response, he said during the podcast, “we’ve been conducting anti-submarine warfare in the Fourth Battle of the Atlantic. ASW is a team sport. It involves ships, submarines and aircraft from allies and partners. Aside from submarine and surface patrols, we’ve had a few other key activities, including a P-8 Poseidon aircraft conducted the first-ever aerial refueling of a P-8 in northern Europe, which further strengthens our maritime patrol capabilities by extending our time on station to track the bad guys,” he said.

“This was also significant for our NATO allies and partners as they acquired the Poseidon aircraft and its kit. For example, the United Kingdom and Norway have purchased the P-8, and the U.K. received its first P-8 this year.