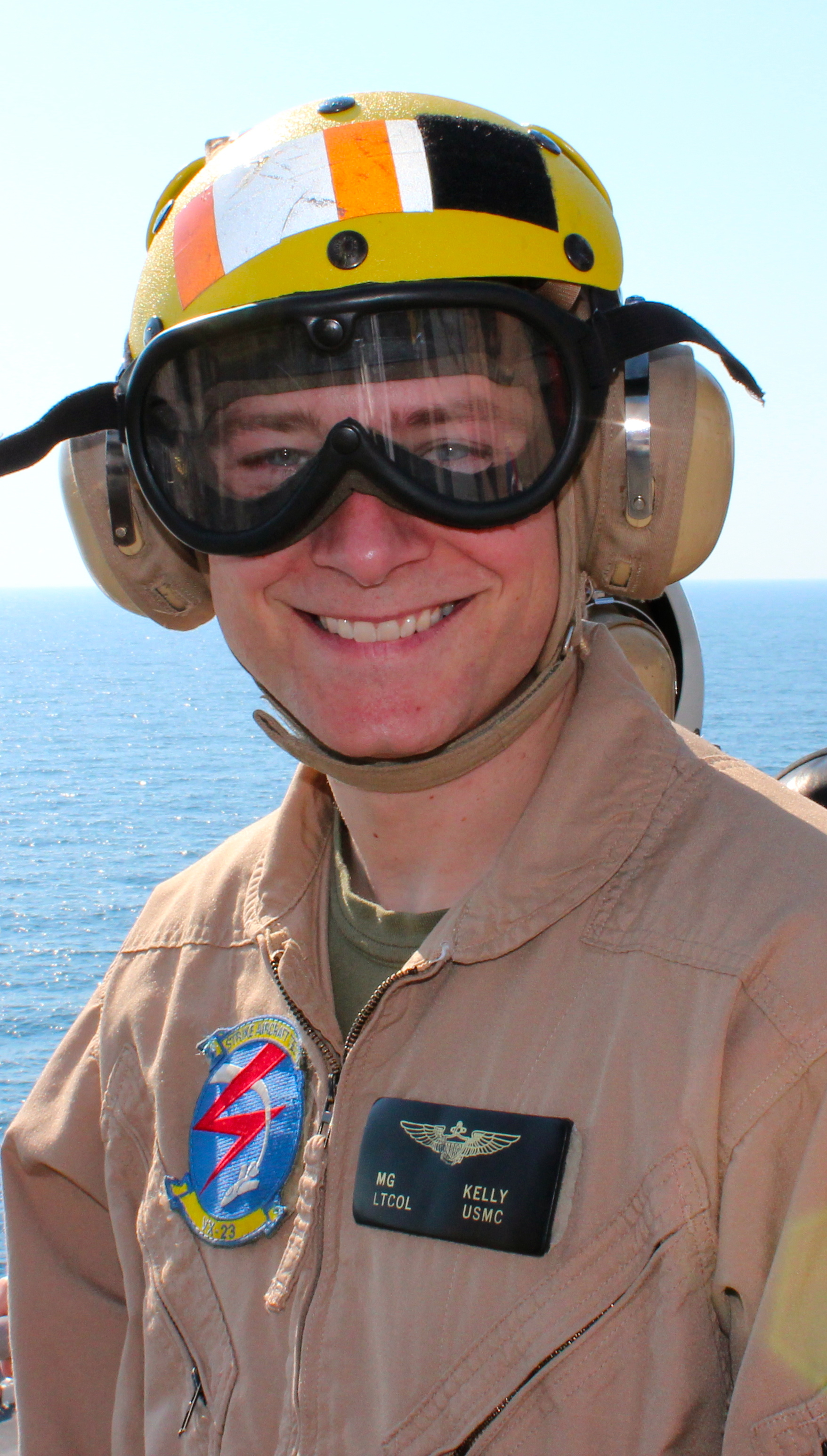 Recently, I had a chance to visit Naval Air Station Patuxent River and to meet with Col Matthew Kelly, who is in charge of the V-22 Joint Program Office (PMA-275).

I first met “Squirt” when he was an F-35B test pilot and indeed was selected as test pilot of the year in 2011.

Having come from the F-35 world, where the entire command and control (C2) and intelligence, surveillance and reconnaissance (ISR) infrastructure is being reworked, is a perfect community for the new head of the V-22 Program to come as that aircraft is undergoing a fundamental transformation.

It is often overlooked that the US Air Force Special Forces Command (AFSOC) and Marine Corps are still the only tiltrotor forces in the world.

And the Osprey from the outset has demonstrated a speed and reach capability which traditional rotorcraft simply have not replicated.

I first saw Ospreys on the tarmac in 2007 at Marine Corps Air Station New River and have followed their evolution ever since.

As Col. Kelly noted in our conversation: “I first flew on an Osprey in Iraq in 2008.

“It was the only assault asset which could cover the entire combat theater in one flight.

“And senior officers, whether from the Army, Air Force, Navy or Marine Corps, soon demanded an Osprey to fly on when touring the battlespace.

“They could move much more rapidly and to see the battlespace in a much shorter period of time.”

The physicality of the Osprey has had a major impact on the Marine Corps and its approach to its assault forces.

The reach of the aircraft in terms of speed and distance which it can cover has revolutionized how the Marines conduct assault operations.

But Col. Kelly has come to the program with a major shift underway for the Marines.

That shift requires the aircraft not simply to be a robust distance runner but to become smart in the digital battlespace.

This requires major modifications to the aircraft in terms of its ability to work with data, generate data and to work in the evolving C2 and ISR infrastructure which the Marine Corps is building for its approach to building an integrated distributed force.

Coming from the F-35 program provides Kelly with a leg up in terms of understanding what that aircraft can contribute to the Osprey and how, in turn, the V-22 aircraft needs to be modified to a more useful member of the integrated distributed force.

“With the Marine in the back of the Osprey working with his MAG-Tab (tablet), he or she is able to gain access to information flowing in from other platforms in the battlespace.

“And that is one key aspect of what we are focused on as we rework the program.

“Indeed, we have already done exercises at MAWTS-1 and VMX-1 where the Marine in the back of a V-22 can be looking on his MAG-TAB at a video generated from an H-1 or an F-35 operating in the same battlespace.”

And the V-22 working with the F-35 is a key element of being able for the Marine Corps/Navy team to work a Lightening carrier approach whereby an LHD like the USS America can operate a significant number of F-35s with accompanying Ospreys.

And this approach clearly is about changing dramatically the nature of what a Marine Corps assault force looks like as well as the combat effect it can achieve.

Col. Kelly, in language reminiscent of how the ADF describes the impact of the F-35 on its combat transformation, refers to what he calls a fifth-generation assault force.

And that process this means changes need to and are being made to the Osprey itself.

With the coming of the CH-53K, the assault group will be further transformed in terms of the mass and combat force which can be delivered by the evolving capabilities of the assault force.

And the K is taking advantage of the re-crafting of the Osprey to build in from the outset the kind of digital capabilities which the Osprey did not have at birth, but are now being added within the scope of the kind of C2 and ISR infrastructure which can be built into the upgraded Osprey.

Another key aspect of the change facing the V-22 community: the Navy becoming an operator of the Osprey for the carrier resupply mission and the Japanese becoming the first FMS customer for the aircraft.

This means that the original plank holders of the program, AFSOC and the Marine Corps, are being jointed by an expanded set of users.

This places a demand on the program to do a better job with regard to global sustainment but also provides the opportunity to leverage the budgets of additional stakeholders to expand the sustainment infrastructure as well.

“There is no other air platform that has the breadth of aircraft laydown across the world than does the V-22.

“And now that breadth is expanding with the inclusion of the carrier fleet and the Japanese. We currently have a sustainment system which works but we need to make it better in terms of supporting global operations.

“With the US Navy onboard to operate the Osprey as well, we will see greater momentum to improve the supply chain.”

We then discussed the impact of Additive Manufacturing (AM) on the V-22 program.

Kelly noted that the V-22 program was very forward leaning one with regard to finding ways for AM to provide supply chain complementarity on the fly, something very important for ship-based operations for sure.

“Our Marines, including MAWTS-1, have been aggressively pushing ways to use AM to support the aircraft.

“For example, last year at New River, Marines invented a tool in the tire shop to remove interior nuts and bolts off of the wheel hub.

“They designed and produced the tool with AM and after a short turn around this tool is now being used fleet wide.”

“We are doing a test today of a 3-D printed hub strap for a V-22 which is a part which has been a degrader for us in our supply system. We are working on an AM replacement for the strap and we are currently in the process of testing the part to ensure that it is a viable one.”

Col. Kelly noted that with the maturation of the fleet, the program has quite accurate fleet metrics and are using these metrics to shape their Performance Based Logistics contracts going forward.

Rather than tying incentives to piecemeal elements of the aircraft, the shift in focus has been upon decreasing the non-mission capable rates in the fleet.

He also argued that as manufacturing experience has improved and the quality of the initially produced aircraft are better, providing a boon to fleet performance.

“The aircraft that is coming off of the line today as part of the multi-year three contract is much different than the ones produced in multi-year one or two,” he said.

“You are seeing a much more reliable airplane from the outset which requires much lower maintenance man hours per flight hour as well.”

In short, the V-22 team is making the aircraft smarter to go along with its range and speed physical capabilities.

And the maturing of the manufacturing processes is delivering a reliable aircraft.

But as the Navy becomes a direct user of the aircraft along with the Japanese, there are new challenges facing the program, most notably, how to provide better global sustainment to the global fleet of aircraft.

Put broadly, the aircraft which replaced the CH-46 became a physically wondrous asset that changed how the Marines could operate in the Middle East land wars to now becoming part of the fifth-generation revolution.

The photo shows then Lt. Col. Kelly aboard the USS Wasp during F-35B ship trials in 2011. Credit: SLD

For an archive of Osprey articles which we have published over the years, see the following: