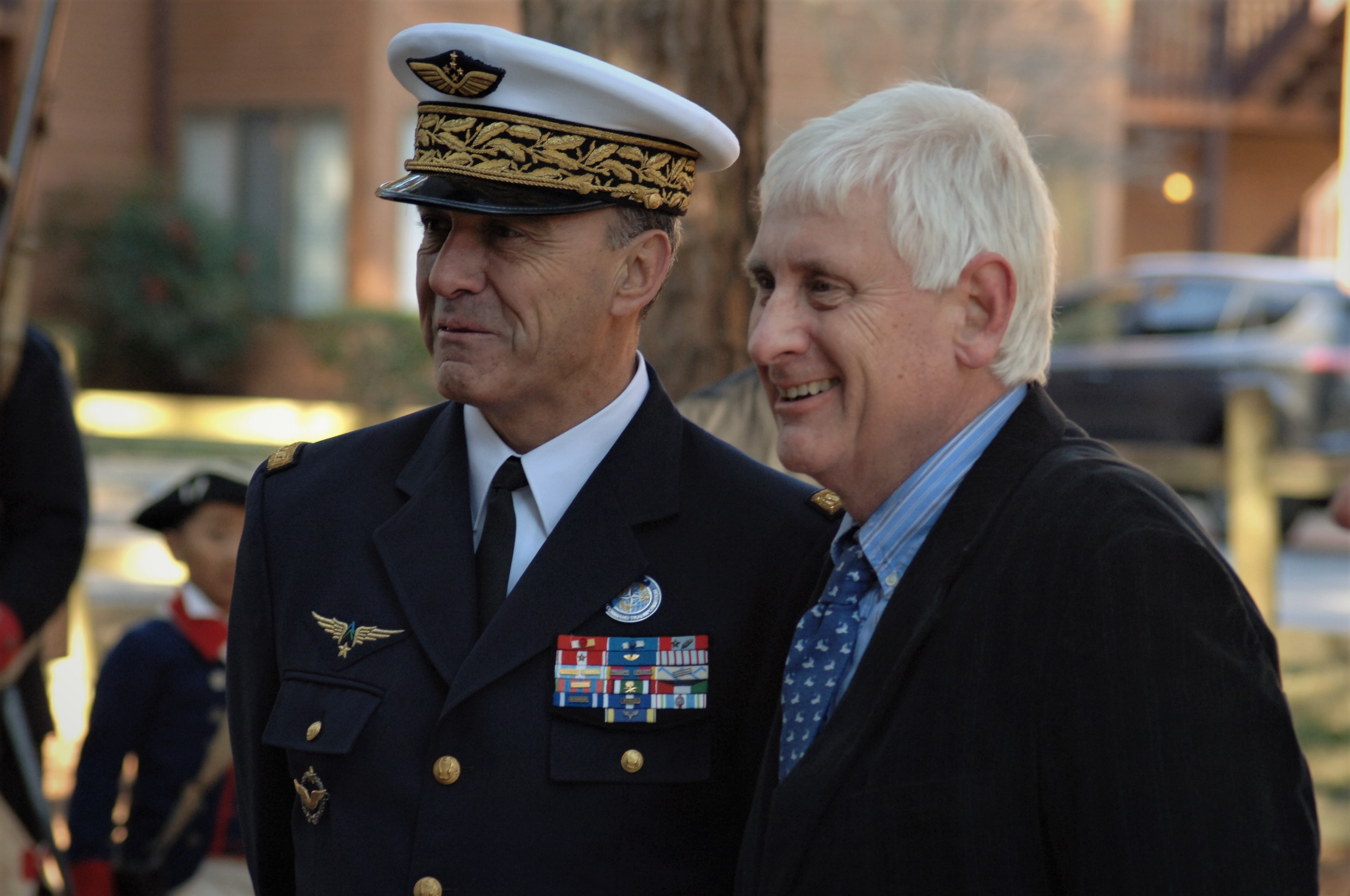 NATO’s Allied Transformation Command will celebrate’s its fifteenth year this year as NATO celebrates its seventieth.

Earlier this month, in an interview with the new Supreme Commander, General André Lanata, we had a chance to discuss his approach to ACT and its transformation mission.

When asked about the challenge posed by the resurgence of high intensity conflict as demonstrated in the last big scale NATO exercise Trident Juncture 2018 (TRJE 18), SACT highlighted the importance of building upon the past performance of the Alliance.

“Whenever there was a threat at its borders, NATO coalitions always responded, whether in terms of Inherent Resolve against ISIS or Resolute Support in Afghanistan …

“Our role is to ensure that we accurately assess the threat and our capability gaps.

“We do this through prospective studies and through various review processes.”

That kind of anticipation has been part of General Lanata’s approach throughout his career.

He is a former Chief of Staff of the French Air Force and a former fighter pilot like his predecessors (ever since France rejoined the integrated command in 2008).

He has fought alongside the allies during the Gulf, the Bosnian and Kosovo wars.

He also has served in the office of plans and policy for air and joint staff, as well as as being the Deputy Director for International and Strategic Affairs at the Secretariat for National Defense and Security.

Then as Deputy Chief of Operations at the Joint Staff,  he has worked on establishing the Franco-British Combined Joint Expeditionary Force (CJEF).

His goal is to “move forward together.”

He highlighted that as a key goal in his speech during the command change ceremony at Allied Command Transformation (ACT) held on September 11th, 2018 as Hurricane Florence was threatening to hit the Virginia Coast hard.

As he has done throughout his career, he has focused on taking very concrete steps to achieve a broader strategic objective.

“We have built a very efficient innovation hub here at Norfolk, that we can now leverage to establish an Innovation Lab.”

Another key focus for the head of ACT is to complete the reform of the NATO Command Structure (NCS).

One of the major changes affecting ACT is the regrouping by NATO of exercises planning within Allied Command Operations (ACO). (Allied Command Operations is responsible for the planning and execution of all Alliance operations. It consists of a small number of permanently established headquarters, each with a specific role. Supreme Allied Commander Europe – or SACEUR – assumes the overall command of operations at the strategic level and exercises his responsibilities from the headquarters in Mons, Belgium: Supreme Headquarters Allied Powers Europe, more commonly known as SHAPE.)

General Lanata explained that ACT will continue to lead on all ‘transformation’ aspects involving exercises.

General Lanata highlighted that he believed that new tools involved in modelling and simulation will allow the Alliance to provide for creative preparation for a wide range of scenarios.

Suggestive of the approach was his first visit as SACT to Europe in October 2018.

“At ACT, we produce norms.

“But this goes far beyond equipment compatibility.”

He underscored that interoperability through the development of standards and certifications involves con-ops and joint training as much as working equipment compatibility.

Such an effort enhances common processes and norms and to operate effectively in times of crisis.

An exercise such as Trident Juncture 2018 (TRJE18), which took place last Fall in Norway, was an opportunity to test innovations in equipment (e.g. 3D-printed spares delivered by drone to the warfighter.2

It was as well an important opportunity to test out new operational concepts such as the Modular Combined Petroleum Units or MCPU.

As Chief of Staff for the French Air Force he set in motion the Franco-German Future Combat Air System.

This is an approach which highlights the importance of interconnections among platforms and connectivity to deliver a combat effect.

As SACT, he is clearly focused on the importance of a paradigm shift from platform-centric to a data-centric con-ops architecture.

He views the move from a platform-centric to a “data-centric capability architecture “as paving the way to what to shaping a “collaborative connected warfare” approach.

Notably, he highlighted this shift during last November’s NATO Industry Forum in Berlin.

But to achieve the full effect of such a shift,  he underscored a key cultural change which needs to occur within the Alliance and clearly one which is focused on trying to facilitate.

“If the 29 members are rather efficient in sharing data about common adversaries, there is more reluctance about sharing data about themselves. We all know that without that kind of sharing, there cannot be progress in fields such as artificial intelligence and the management of Big Data.”

A new SACT is in town.

CWIX gathers different stakeholders from NATO and participating nations, providing a federated multi-functional environment in which:

NATO’s Allied Command Transformation (ACT) provides direction and management of the CWIX programme, while NATO and member nations sponsor interoperability capabilities. As a result, most of the funding comes from participating nations which is a clear indicator that nations value the testing opportunities CWIX provides.

CWIX addresses a wide spectrum of technical Communication and Information System (CIS) interoperability topics for current fielded, near-term, future and experimental CIS capabilities throughout NATO nations. The aim of CWIX is to improve technical interoperability in a timely and cost effective manner by testing systems, finding solutions for interoperability shortfalls, experimenting with alternative approaches, and exploring emerging technologies. In a highly federated multi-national environment, it is important to improve communication and collaboration between all stakeholders in order to meet mutual goals and objectives. CWIX is a key tool in helping the Federation meet the interoperability challenges of tomorrow by allowing NATO nations to address technical CIS shortfalls well before operational deployment reducing risk, resource requirements, and system failures in theatre.

As one of NATO’s foundation venues for achieving and demonstrating interoperability, CWIX is fully in line with the Readiness Action Plan (RAP) and ACT’s Smart Defence concept.

The Readiness Action Plan (RAP) is one element of NATO’s future posture. It will contribute to ensuring that NATO remains strong, ready, robust, and a responsive Federation capable of meeting current and future challenges and threats. The key supporting initiatives, such as SMART Defence, continue to make progress.