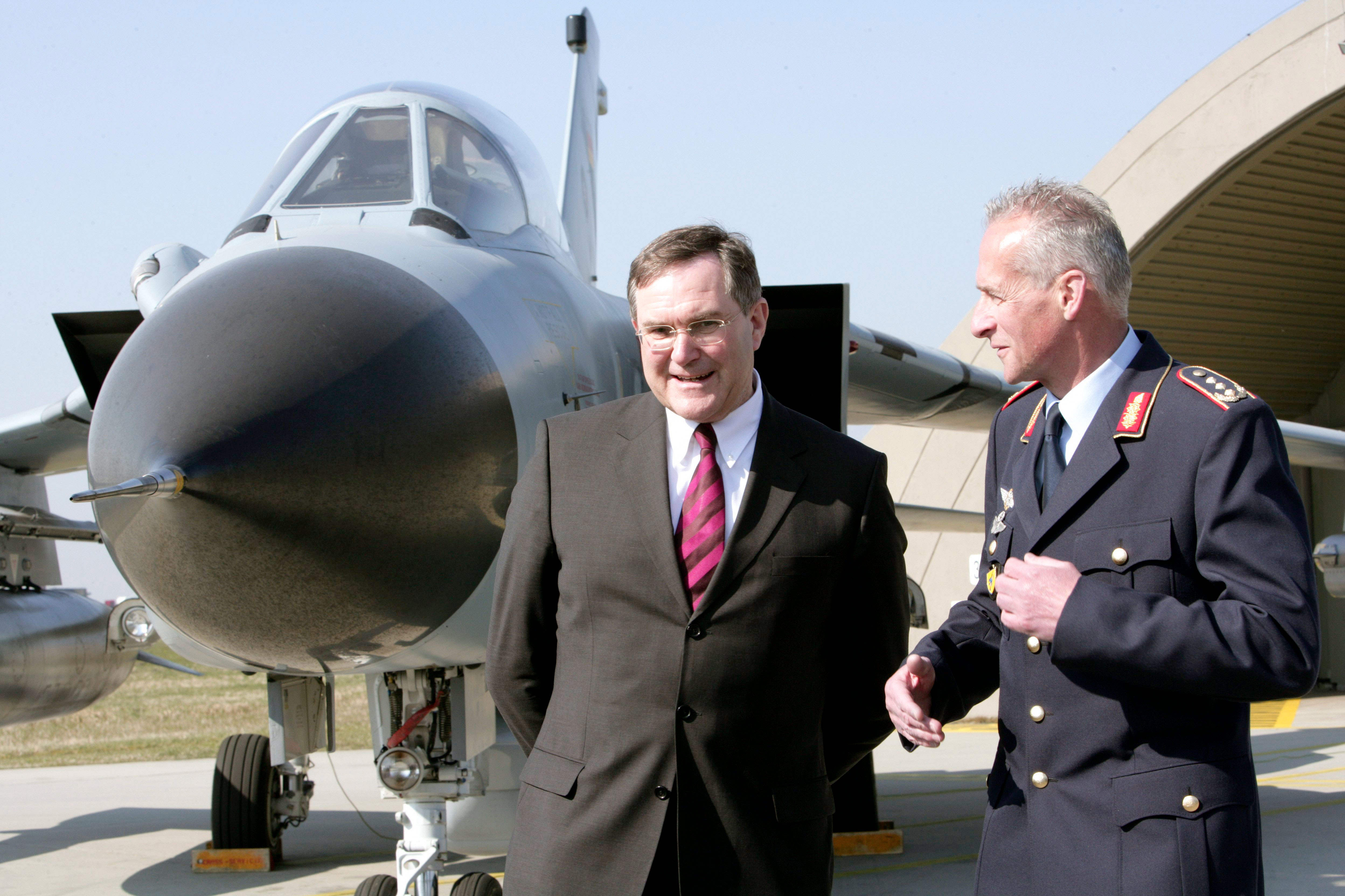 I first had the opportunity to meet Lt. General (Retired) Klaus-Peter Stieglitz, a former German Air Chief, last Fall in Berlin at the International Fighter Conference.

During my visit to Germany in February 2019, where I was continuing my look at the challenge of building a 21st century approach to the direct defense of Europe, I had a chance to meet with him again, this time in Bonn, to discuss the challenges facing a German reset on direct defense.

According to Stieglitz: “The strategic environment has changed and requires Germany, a nation in the heart of Europe with more than 80 million people, to pay it’s fair share for the collective defense and to shape and focus on a force appropriate to the new situation.

“This is starting to happen.

“But we are facing a significant rebuild given the state of readiness of the force today and the need to repair that force.

“Just undertaking the repair of todays state of readiness will make the Bundeswehr a construction site for the next years.”

“We are almost back to 1955 when we had to build a new Bundeswehr.

“Our rebuild for the new strategic environment today is as significant as during these early years of the Bundeswehr.

“And all that happens after decades enjoying a peace dividend, where savings certainly have not been spent within the Bundeswehr.”

“But money alone is not enough.

“We are talking about changing the focus and building a 21st century defense force which can play its role at the heart of Europe.

“We are no longer talking about defense at the inner-German border or supporting out of area operations; we are talking about providing an umbrella for new allies who wish to see that NATO has a credible defense strategy and deterrence capability.

” Germany needs to focus on this challenge and build the appropriate force.”

He highlighted further that rebuilding the territorial defense is a key priority so that Germany could operate as a key operational reserve for NATO forces and to ensure that an adequate financial support could correct the current situation where i.e. pilots are waiting two years to get their first fighter cockpit after they finished their basic training.

“We Germans asked our allies for decades during the Cold War period to show their solidarity and to join in on the defense of Germany.

“Now we need to pay that back.”

The General also highlighted a key point which cannot be overlooked by the critics of NATO – the NATO military has worked effectively together and shaped common procedures and standards.

This commonality and the habit of cooperation needs to be reinforced and built upon.

“NATO is one of the international organizations which is still really functioning well.”

And he underscored that core bilateral relationships are of importance as well.

“I fully support the decisions of my successors to work on and to reinforce the relationship between the Luftwaffe and the RAF in terms of training and operations.

“We need to get to the point where we – while doing things like our Baltic Air Policing mission together – use the interoperability of our Eurofighter forces and employ these aircraft more efficiently.”

Lieutenant General Stieglitz joined the Luftwaffe in October 1968 and commenced officer training, followed by pilot training in the USA to become a fighter pilot. During his flying career he has accumulated more than 3.600 flight hours, mostly on combat aircraft, i.e. the F-104 Starfighter, F-4F Phantom, Mig-29 and Eurofighter/Typhoon. In 1981 – 83 he attended the German Armed Forces Staff College.

In his last assignment he was Chief of Staff of the German Air Force from January 2004 to October 2009. Today he is engaged as senior advisor and consultant.

The featured photo shows the day when the Tornado bombers of the German Air Force are sent to their mission to Afghanistan.

For the special report which highlights interviews and articles generated from the February 2019 visit, see the following:

The Return of Direct Defense in Europe: The German Case