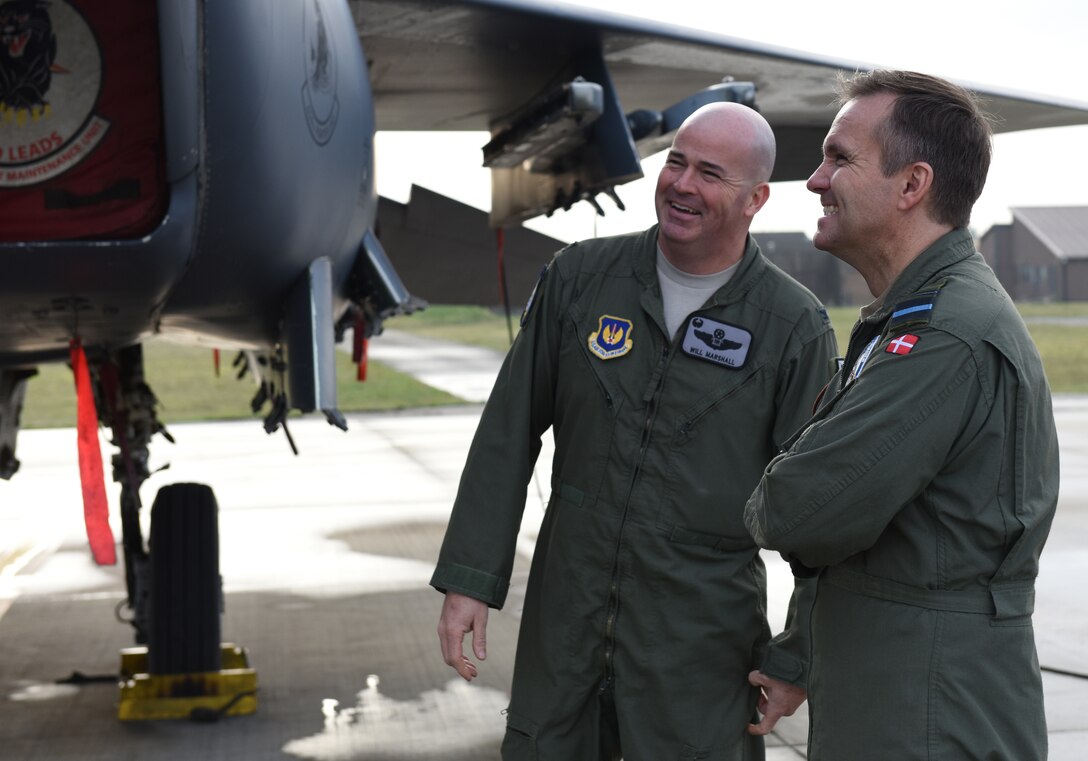 There is a growing emphasis on what is referred to as “multi-domain” C2 as a key means to be able to operate in the extended battlespace.

A new effort to do so is being spearheaded in the United States, which is referred to as Joint All-Domain Command and Control (JADC2). This is certainly an important effort and a key target to enable fully a future integrated distributed force.

But such a future force concept does not well describe what can be done now to enhance the capabilities of the United States and allied forces to deliver an enhanced capability to leverage data and C2 in operations for today’s forces.

Indeed, a number of new capabilities already introduced into the force are driving changes which can be leveraged now, such as the arrival of the F-35 global fleet.

In the view of the commander of the Royal Danish Air Force, Major General Anders Rex, there are already significant opportunities now to build out enhanced integration. In an interview done with him while I was in Europe in January, we discussed by teleconference his perspective and his approach.

According to Major General Rex: “For me, joint all domain C2 is clearly the future.

“But at the same time we have to work on enhanced capabilities with the current force.

“We need focus on both in parallel. Denmark does not have the muscle to shape the future of all domain command and control, but we also need to drive the change – we need now to get the job done.

“What I have been focused on over the past couple of years, is to make our force better now. Today.

He argued that Denmark is building a national shared database structure to more effectively bring together Danish and allied assets. It can be forgotten by non-Danes that the Kingdom of Denmark reaches much further than Europe and extends into the Arctic to include Greenland and the Faroe Islands.

When I visited Karup Airbase in 2018, I spent time with the team which mans the Danish Joint Data Link Operations Centre. And in that visit, Major Knud Aagis Larsen, the director of the Centre, underscored the Centre’s role: “We design, establish and maintain the infrastructure necessary for exchanging Tactical Data between C2 units and fighting platforms. We are the hub between various C2 systems, different tactical data link systems as well as across different domains.”

As I highlighted at the time: “The expeditionary operations as well as Danish reach into the Arctic and into Greenland (see featured graphic below) provide a challenge of operating over distance, that a non-Dane might simply not include, within the challenges of linking and communication of the force or between the force and military and civilian authorities.

“But this means that the Danes have had to work non-line of sight capabilities for Link-16 which involves among other things ways to move Link 16 data over various other networks as well.

“And with the IP revolution, the Centre has found ways to send Link 16 data over various IP systems as well.”

When discussing the way ahead with Major General Rex, he underscored that what had been laid down at the Centre was a key part of shaping the national way ahead but in close coordination with NATO as well. “We are building our national shared database in close coordination with the NATO coalition shared database structure. Taping into this data base allows us to leverage for instance pictures which we have just uploaded from one of our sensors, allowing the warfighter to tap into that information, and we can do that now.”

He argued that learning how to best leverage information is part of the process of guiding near term innovation.

He also highlighted the importance of focused integration in a particular specific operational area as a key consideration as well. “We should not focus simply on building a gold-plated multi-domain C2 system designed to operate over very large geographical areas; we also need to have a system that is able to focus on local geographical areas, and for a certain amount of time.”

He underscored the importance of expanding the capability and willingness of allies to share data. He talked about how the members of the Danish Joint Data Link Operations Centre work closely with other data experts in NATO and how that shared experience drives innovation in terms of shared intelligence underscoring what building an integrated force can drive.

The future is now.

“We need to change the culture of our militaries so that we are in a giving mode rather than a receiving mode. Push of information rather than pull. And without that specific cultural change, new technologies will not matter as much as they could in shaping the way ahead for an integratable force.”

Major General Rex underscored that this was especially important because of the need to work effectively in the range of crises affecting Denmark, Europe and the NATO alliance.

“We need to deliver spectrum elasticity. The Russians do not think in terms of peace, crisis and then war; they have competition and war as their basic approach.

“The competition piece has a really wide range in which the use of all of a nations tools of power can be escalated or deescalated in time, intensity or geography collectively or individually – so essentially the degree of conflict can continuously be expanded or compressed.

“This means that we too need to be able to move with elasticity along the spectrum of conflict.  And our C2 and ISR systems need to enable and facilitate spectrum elasticity.”