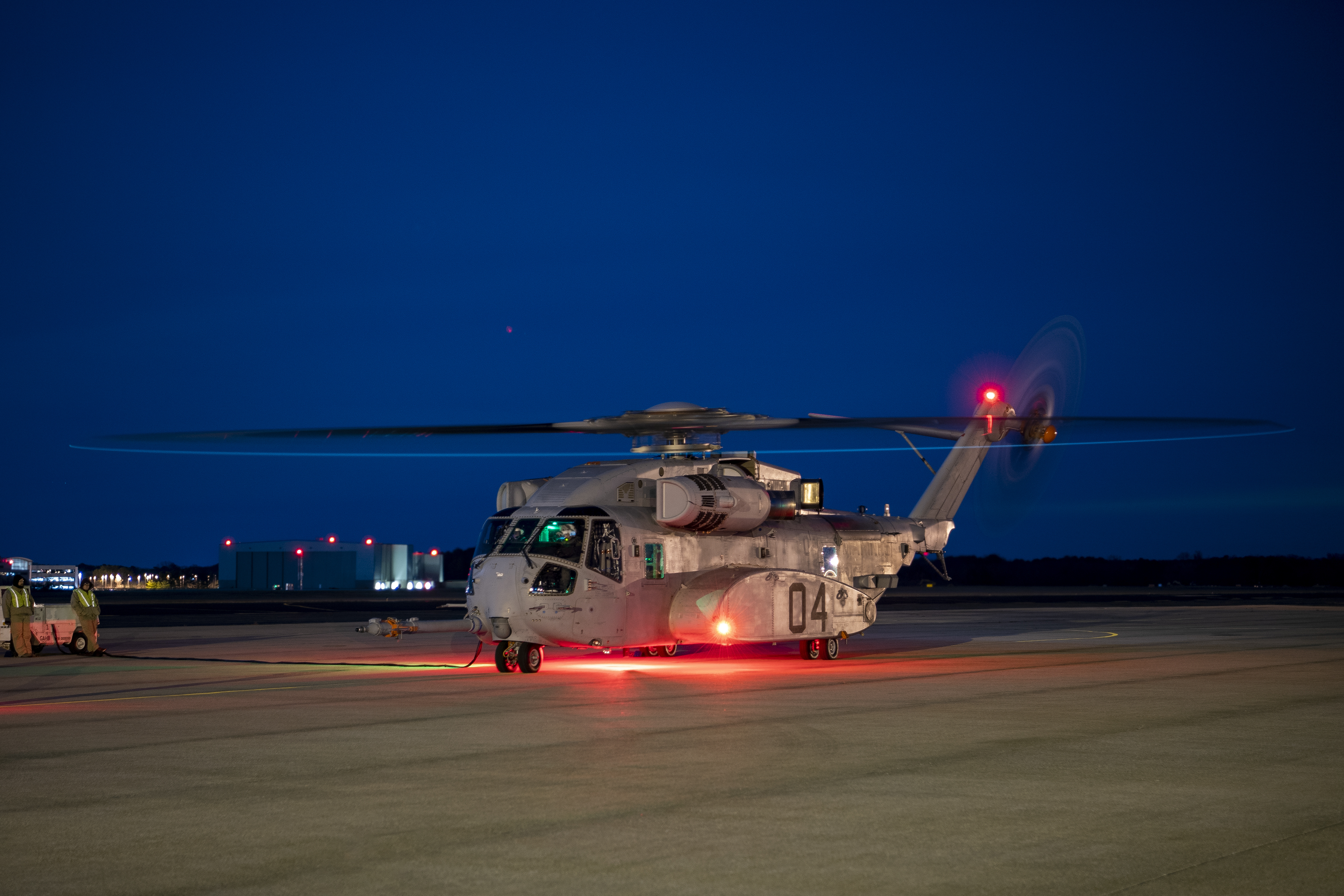 During my visit to MAWTS-1 in September 2020, there was a focus on two key questions: “How is the Marine Corps going to contribute most effectively to the Pacific mission in terms of Sea Control and Sea Denial? And how to best contribute to the defensive and offensive operations affecting the SLOCs?

In one of my meetings, I addressed how to answer these questions from the standpoint of the assault support force with Major James Everett, Assault Support Department Head, MAWTS-1.

As Major Everett put it: “a key focus of effort for the assault support community is upon how we can best assist through expeditionary basing to provide for sea control.

“We’re trying to get away from any permanent type of land basing in a maritime contested environment.”

A key enabler for flexible basing inserts or operations from the maritime fleet, inclusive of the amphibious ships, are the capabilities which the Marine Corps has with its  tiltrotor and rotorcraft community, This community  provides an ability to insert a sizable force without the need for airstrips of the size which a KC-130J would need.

Or put in another way, the Marines can look at basing options and sustainability via air either in terms of basing options where a fixed wing aircraft must operate, or, in a much wider set of cases, where vertical lift assets can operate.

The third is obviously by sea, which depends on support by a mother ship or a Military Sealift Command (MSC) ship, but the challenge for the Marines is that moving bases deeper into the maritime area of operations creates enhanced challenges for the MSC and raises questions about viable sustainable options.

We have already seen this challenge with regard to the littoral combat ship fleet, where the MSC is not eager to move into the littorals to supply a smaller ship, but it is much more willing to take its ships into a task force environment with significant maritime strike capability to give it protection.

The most flexibility for the mobile or expeditionary basing options clearly comes from vertical lift support aircraft.

The challenge is that the current CH-53E fleet has been heavily tasked by the more than a decade of significant engagement in the Middle East.

The Marines unlike the US Army did not bring back their heavy lift helicopters for deep maintenance but focused on remaining engaged in the fight by doing the just enough maintenance to continue safe and effective flight operations in theater.

As Major Everett put it: “The Army brought their helicopters back from Afghanistan and they’d strip them down to the frame and they’d rebuild them basically. We just didn’t do that.”

This means that the heavy lift operational force inventory is relatively low compared to the required capabilities.

And as the focus shifts to the Pacific, with its tyranny of distance and the brutal operating conditions often seen in the maritime domain, having a very robust airlift fleet becomes not a nice to have, but a foundational element.

The replacement for the E, the CH-53K, will provide a significant enhancement to the lift capability, and sustainability in operations as well.

It is also a question of being able to deliver combat support speed or CSS to the mobile or expeditionary base, and clearly the combination of tiltrotor and heavy lift can do that.

But the challenge will be having adequate numbers of such assets, notably, because the nature of the environment is very challenging, and the operational demand will go up significantly if one wants to operate a distributed force but one which is sustained and protected by an integrated force.

As Major Everett put it: “There’s no way with the types of shipping and numbers of shipping we have, that we could possibly carry enough aircraft on that shipping to enable any type of land control without 53s.”

An aspect that makes the upgraded heavy lift fleet a key enabler for expeditionary basing will be the installation of a mesh network manager into the digital cockpit of the CH-53K, and its build into the legacy aircraft as well. This makes it part of an integratable force, not just an island presence force.

As Major Everett put it: “The core kind of skills that 53 pilots train to, are not going to change.

“But obviously the physicality of the new helicopter is very different.

“It can lift more relevant materials or assets and in larger numbers.

“It holds the 463L pallets that allow for rapid off and on-loads from the fixed wing aircraft which could provide distribution points for the heavy lift fleet.

“Additionally, the impact of the CH-53K’s integrated digital interoperability and its integration into the kill web will be significant.”

In short, the desire to have a Marine Corps enhanced role in sea control and sea denial with an island strategy really enhances the importance of heavy lift helicopters.

For our report on the CH-53K, see the following: