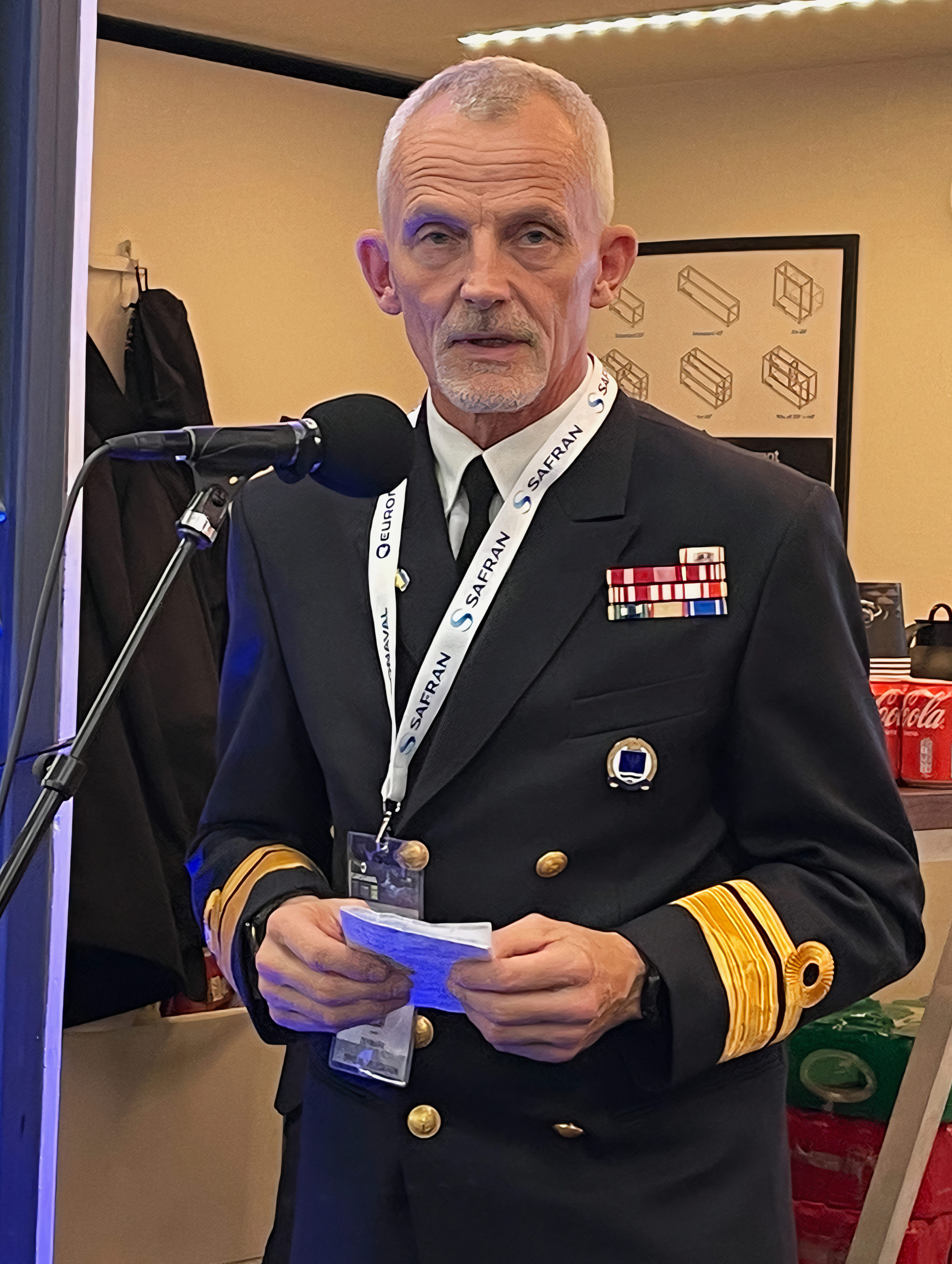 Rear Admiral Torben Mikkelsen has been Admiral Danish Fleet Commander since 2017 and recently left that position to become head of the Danish naval modernization effort. His new title since June of this year is Executive Director, Navy Programs, Defence Command, Denmark.

With Finland and Sweden coming into NATO, it is important to think of maritime operations in support of defense and security for the entire region from Iceland through to the Kola Peninsula.

There is clearly a need for a creative rethink, or in the words of the late Brendan Sargeant, “the exercise of strategic imagination.” This means that Mikkelsen is not coming to the position as the head of naval modernization with a narrow focus on replacing legacy platforms.

His task is to think of maritime operations in a broad sweep of capability across the region and how best for Denmark to contribute.

Rear Admiral Mikkelsen is to focus upon the maritime operations ecosystem and way ahead for maritime power in the Nordic region and to examine the desired effects to be created by Danish forces in conjunction with Nordic forces and with other core allies operating in support of the region.

Looking at the operational ecosystem more broadly means looking at basing, training, and manpower which will be available for the maritime force. It means examining and conceptualizing how ships will operate and be supported on regional basis. It means examining ways to enhance cooperation and integration among Nordic navies and with allied navies.

A key focus is upon the desired effects to be created, and the missions to be supported by the desired maritime payloads, rather than upon the platforms as the primary focus.  The effects focus means that air and land capabilities which are integratable with maritime platforms is a key focus of attention is as well in thinking about the operational ecosystem.

Rear Admiral Mikkelsen underscored the importance of the following in my interview with him at the Euronaval meeting in October 2022: What effects do we need to achieve?

And how will sensors and the weapons as payloads on the fleet and in the force create those effects?

How will autonomous systems play a role?

How and where in our battlespace?”

Rear Admiral Mikkelsen is focused on the operational effects point of view rather than a platform centric focus.

For example, he noted that autonomous systems could contribute to the domain knowledge to protect the seabed infrastructure, for example. They could also play a key role within the Baltic Sea in ISR sharing as well among the Nordic nations.

What effects do we need to create and how would different platforms seen as an integrated operational whole deliver those effects, from a coalition point of view?

With regard to the seabed infrastructure challenge, what Rear Admiral Mikkelsen has highlighting was that the maritime domain involved a growing security challenge as a core aspect of the effects he was focused upon achieving.

For example, the offshore oil and gas fields as well as existing and not least the many coming wind farms, for example, needed to be protected. Almost certainly, maritime robotic systems would play a key role here and modular task forces of robotic systems with relevant manned vessels would be a key element of the way ahead?

But how to do so?

And as he looks at ship design going forward, they will be focused on what effects any new platform can deliver in an integrated context. Their understanding will be shaped by their experience with modularity and will build on the next generation of modularity represented by the cube system built by SH Defence.

Here the focus is upon systems, platforms, and weapons, which can be swapped out  rapidly to prepare a ship and its crew to a specific mission. The flexibility which comes with the possibility of adding such functional preparedness is key to a rapid changing future. And they will work closely with Nordic and other navies to purse an approach so that they can reconfigure allied fleets rapidly for fit for purpose operational requirements.

Another aspect for their shipbuilding approach is lowered manning requirements as well as more rapid approaches to ship maintenance. Not to mention a focus on a much more adaptable and flexible educational and training perspective for that force. How can they tap new technologies for such purposes?

Rear Admiral Mikkelsen and his team will look at areas where “green propulsion” will give you an operational advantage and makes sense. Where can such new technologies fit into NAVY vessels and is there a possibility to see the “green propulsion” change in the merchant NAVY in conjunction with Royal Danish Navy.?

In short, Rear Admiral Mikkelsen and his team will look at concrete ways to shape a mission focused navy which is working closely with other Nordic navies to do so with a key focus as well on integration with other larger allied navies.

They will start by focusing a Multi Combat Patrol vessel ship class with Baltic Sea and North Sea missions.

The ship class will be designed with integrated combat and security effects in mind and capabilities to work with all domain uncrewed systems as well.