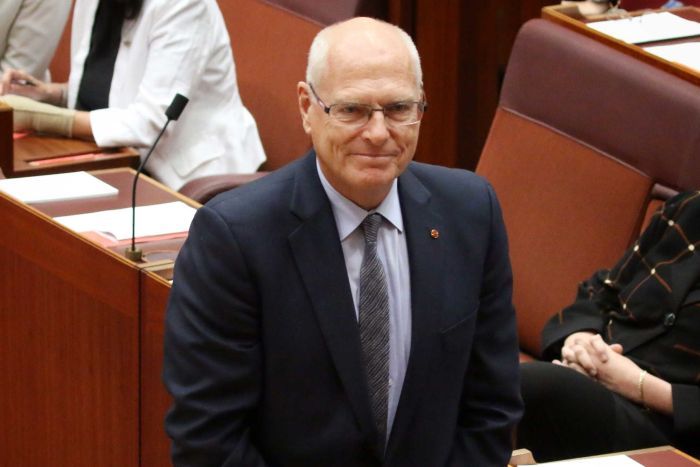 During past visits to Australia, I have had a chance to talk with Major General (Retired) Jim Molan.

The last time we talked was during my August 2017 visit and we focused on the challenge for Australia preparing for future conflicts.

In that interview, he focused on the need for the ADF and the nation to prepare to protect the nation in an increasingly dangerous neighborhood.

What I’m saying is that a significant war of necessity may require from Australia an equally significant force deployment, far in excess of what we have done for years and years and years, because the strategic environment is so challenging.

If we are serious about Australian defense then we need to be serious about such a contingency. The question we need to ask is: Are we really designing a force capable of joint and integrated operations or are we creating an ADF that is still only capable of sending small contingents to fight beside a major ally.

Since I was last in Australia, he has appointed to the Senate and is now Senator Jim Molan.

And in his maiden speech to the Senate he wished a stark warning to the Australian public about the changing nature of the neighborhood.

Australia needs to increase its military self-reliance so that it can approach China from “a position of strength” and prepare for the possibility that the rising power could go to war with the United States, new Liberal senator Jim Molan has said.

The retired army major-general used his maiden speech to the Senate on Wednesday to stake out his position as a defence hawk, calling for long-term investment in military readiness and linked his call specifically to China’s challenge to a US that is in “relative decline” in defence terms.

And he took a swipe against other US allies in Europe and Asia – apparently singling out Japan and South Korea – for under-investing in their militaries.

In a visit with Senator Molan in his office, we were able to continue the conversation about the challenges facing Australia and the shift defense required in his view with the evolving strategic environment.

He started by the need for a shift from inputs to actual outputs from defense spending.

“If you look back through the history of Australia, for every political party, you will find what we have called defense policies for the last 75 years have been simple lists of inputs into defense.

“And this goes to the question of linking the overall policy and strategy, which is government business, with tactics, which is the military knows best what to buy and what to do. But what you’ve got to link between the two is some form of operational concept.”

He then emphasized that with the shift in the region the nature of the conflict facing Australia was also changing,

“We’ve spent the last 15 years in a number of very small wars around the world, sending small Australian forces to work with allied forces for the good of the rules-based order.

“And that’s a fantastic thing, and we’ve done it very, very well. And I always give great praise to this government, of which I’m now a member, because they have produced what I consider to be the best defense policy Australia has ever had, in the 2016 defense white paper.

“In effect, we had flexibility in relation to defense, as long as we could trust the intent and capability of the Americans.”

The shift in the neighborhood with the rise of China with the emergence of a nuclear North Korea, and the role of Russia in the region as well as the shift in global power where the United States will not be as dominant as it once was, all impact on the challenge facing Australia.

“I think that parts of the ADF are of the highest quality. The air force is brilliant; the navy is about to be rebuilt; and the army is moving on from its previous experience in the Middle East and other places.

“The challenge that’s facing us is to decide what to do in the future, and what resources to apply to our defense.”

With regard to the United States, “there intent is good but their capability is far reduced from what it used to be.

“It is a question of relative diminution of American power in the changing global context, not lack of will.

“The strategic situation and the balance of power in the world has changed dramatically.”

He believes that Australia needs to address this change and adjust its defense policy accordingly.

“My view is that we have never faced a more uncertain security environment than we face in Australia at the moment since the end of the Second World War.

And the challenge is to address that strategic reality and to sort out what wars or conflicts are central to prepare for to defend Australia and its interests. It is about what kind of output we need; it is not simply a question of input.”

“We’re going to spend $200 billion on defense of the next 10 years, and that is fantastic.

“And that’s an achievement that this government should always be proud of.”

“My fear though is that we haven’t put all of that together in one parcel.

“And whilst we pay high wages, whilst we pay a premium on construction, we’ve got to understand how much increased security that $200 billion does actually buy us.”