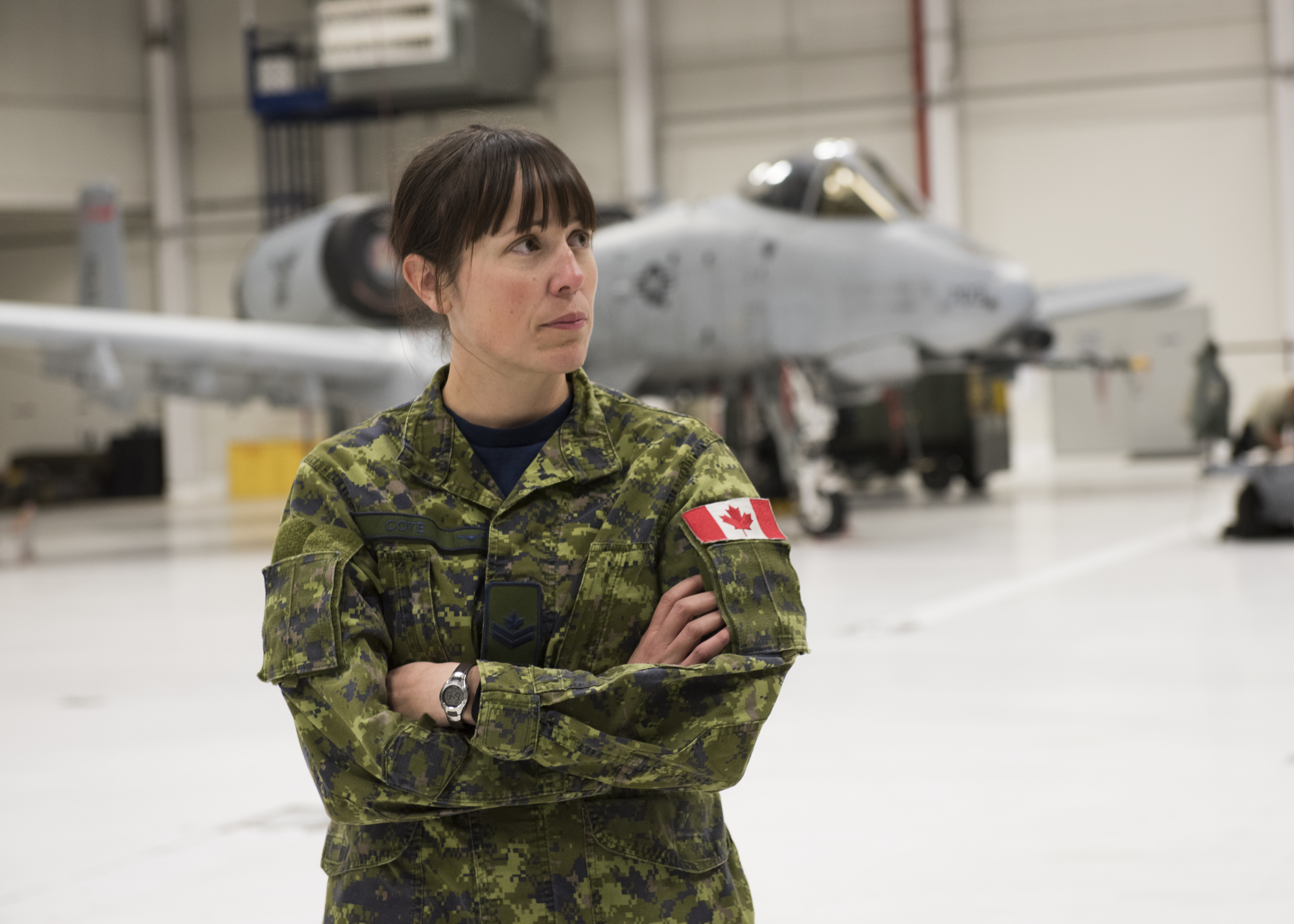 While attending the International Fighter Conference 2018 in Berlin, we heard from two senior members of the Royal Canadian Air Force with regard to Canadian views about the future for tactical fighters within a broader air combat context.

It is within this general focus on operating in contested airspace and the strategic shift in airpower to operate in new conditions that a senior Canadian Air Force addressed the Canadian approach of Canada.

Chatham house rules were followed at the conference and unless I did an interview with a particular speaker, the speakers remain unnamed.

The Canadian officer clearly embraced the core point of the conference, namely, the need to operate in a much different combat air environment.  He underscored that the operational environment was becoming more lethal and complex, in which advanced fighters would need to be able to operate in an anti-access area denial surface-to-air missile environment, with cyber threats, contested control of the electro magnetic spectrum, and in the presence of the proliferation of technologically advanced equipment.

To operate in this environment with its allies and to contribute to NATO capability as well as to defend Canada, the RCAF would clearly need an upgrade across the force, both the joint and the combat air force. This new force would consist of several new platforms, which clearly would need to operate in a teaming context such as described by both the F-35 and Airbus representatives.

The RCAF of the future is projected to consist of 88 new advanced fighter aircraft; a next generation multi-mission aircraft (CP-140 replacement); a next generation air-to-air tanker transport; new utility transport aircraft; a range of remotely piloted systems; and integrated space capabilities within the combat force (global satellite communications, surveillance of space and ISR).

Obviously, Canada faces significant funding and commitment challenges to get to the point which this senior officer highlighted as part of the force needed to deal with the new strategic situation.

Most interestingly, this officer focused on a key challenge – one that is often overlooked, but where the RCAF can lead the way, not just for Canada but in terms of working with the British, the Americans and Pacific allies in terms of training for operations in the extended battlespace.

He noted that the Canadian Forces Aerospace Warfare Centre (CFAWC) is currently developing the RCAF way-ahead related to exercises and training, with Live Virtual Constructive Training being a key way ahead.).

And they are doing so in an intelligent fashion, starting with near term virtual add-ons to Exercise Maple Flag, and laying the foundation for a continuing transformation effort for training of Canadian and allied air forces.

In short, significant innovation will characterize the way ahead as peer competitors confront each other and adjust to each other’s capabilities and performance in combat. The decade of innovation ahead will clearly lay the foundation for the next.

The featured photo shows the Royal Canadian Air Force from Canadian Forces Base Cold Lake, Alberta, parking  a CF-188 Hornet in a hangar at Gowen Field to fix the landing gear on the aircraft Nov. 29, 2017 in Boise, Idaho.

The RCAF blew a tire on the CF-188 while landing on the runway at Gowen Field.