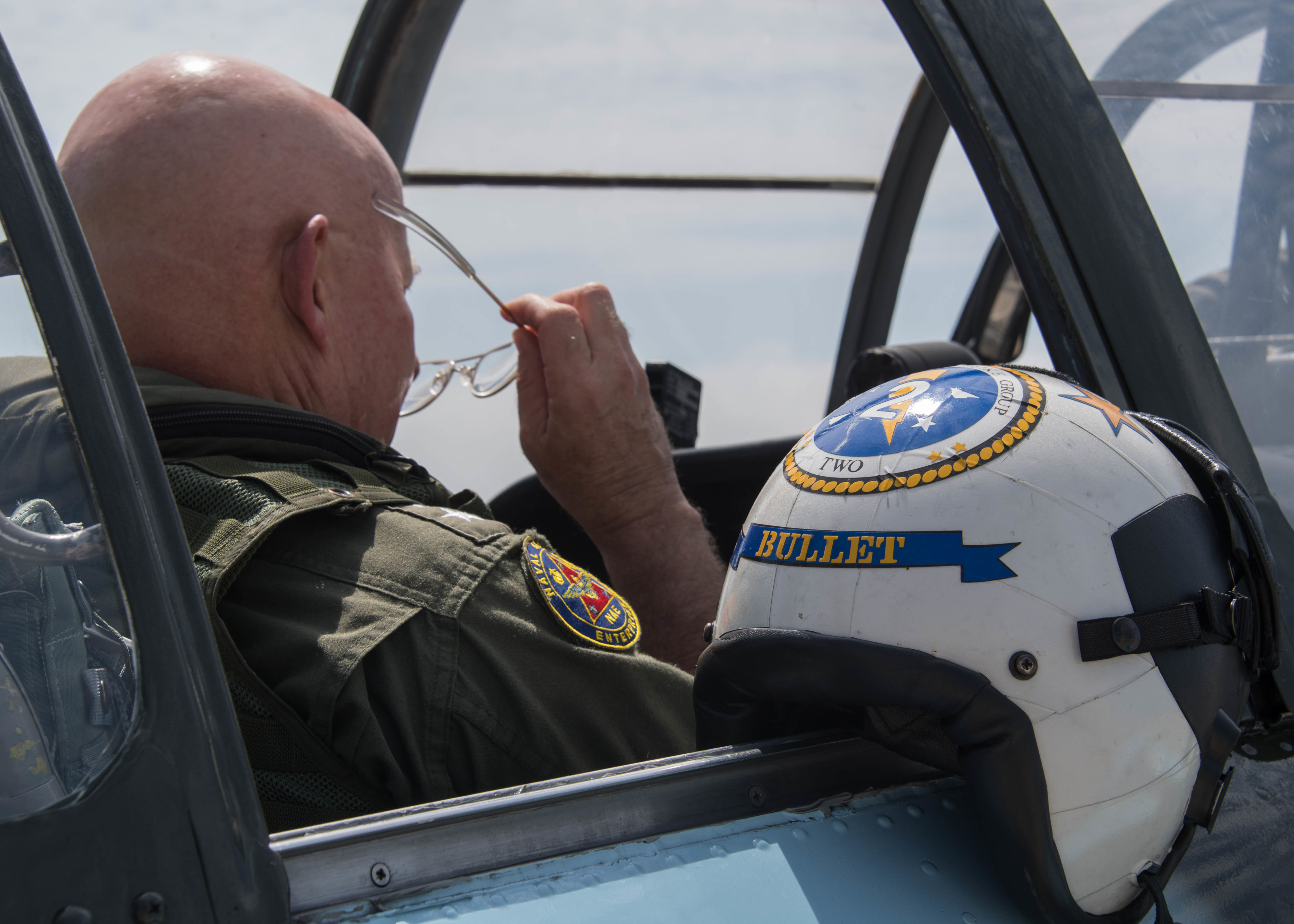 As Admiral Nimitz confronted the last century’s challenges in the Pacific, he concluded a core lesson for this century’s Pacific warriors:

The US and its core allies are shaping new capabilities to deal with the various threats and challenges in the Pacific in the time of the Asian century.

Flexibility in operations and agility in inserting force with a proper calibration of effect will be enhanced as new systems come on line in the years ahead. But these systems will have the proper effect only in the hands of skilled warriors.

Recently, I visited Naval Air Station, North Island, in San Diego, to meet with VADM Miller, Commander Naval Air Forces, or the “Air Boss” of the US Navy.

Joining the discussion was the F-35 US Navy Wing Commander, Captain Max McCoy.

We discussed the evolution of the Naval Air Wings in the context of the Navy working what we have called in the past “the kill web,” or what I am now referring to as building an integrated distributed force.

VADM Miller started by underscoring that significant change is underway for the carrier air wing or CAG.

The F-35 is providing a forcing function of change which Captain McCoy discussed later in the interview.

But several new capabilities are being introduced into the operational force, such as the Triton, P-8s, modernized Super Hornets, the new Hawkeye, the MQ-25 unmanned tanker.

The new Commandant of the USMC has highlighted how he sees the evolution of the USN-USMC team to shape a distributed offensive defensive capability and the changes described by the Commandant along with changes to the carrier force are adding up to a significant trajectory of change for the sea-based force.

I asked him what are his top funding priorities and he underscored the key challenge of sustainment and getting the force fully supported for its demanding global deployment challenges.

But along with sustainment he highlighted the key challenge of shaping a new approach to training and testing in which the force evolves more rapidly in its combat learning skills from the standpoint of force interoperability.

Captain Max McCoy highlighted what one might call the forcing function of the F-35 and of the F-35 aviators upon the training dynamic.

He argued that the new F-35 pilots are not being trained to be wingmen in the early phases of their careers.

They need to think like mission commanders, in which they are operating in terms of both leveraging and contributing to the networked force.

This means that the skill sets being learned are not the classic TTPs for a combat pilot but are focused on learning how to empower and leverage an integrated force.

They are learning how to operate as distributed force packages.

This is leading to radical disjunctures from traditional training approaches and thinking.

How do you best train your aviators to tap into networks and provide for distributed strike?

In shifting from a training focus on traditional TTPs, how do Naval aviator’s problem solve differently?

How to reshape effectively the infrastructure to support new training approaches?

How do Naval aviators integrate with and maximize their impact for and on the combat force?

Live Virtual Constructive Training provides a technological path, but is a necessary but not sufficient tool set for the Navy to get where they need to go.

Training is now about shaping domain knowledge for the operational force to ensure that “we can be as good as we can be all of the time.”

If Admiral Nimitz would visit Naval Air Station, North Island, today, he would be amazed at the technology in the hands and coming into the hands of the Naval aviation community.

But he certainly would wish to see the 21stcentury re-set of training underway to be fully supported and funded.

Vice Adm. DeWolfe Miller is a native of Annapolis, Maryland, grew up in York, Pennsylvania, and graduated from the U.S. Naval Academy in 1981. He holds a Master of Science from the National Defense University, is a Syracuse University national security management fellow and is a graduate of the Navy’s Nuclear Power Program.

For a recent presentation by VADM Miller to the UK Air Power Convention, 2019, see below: